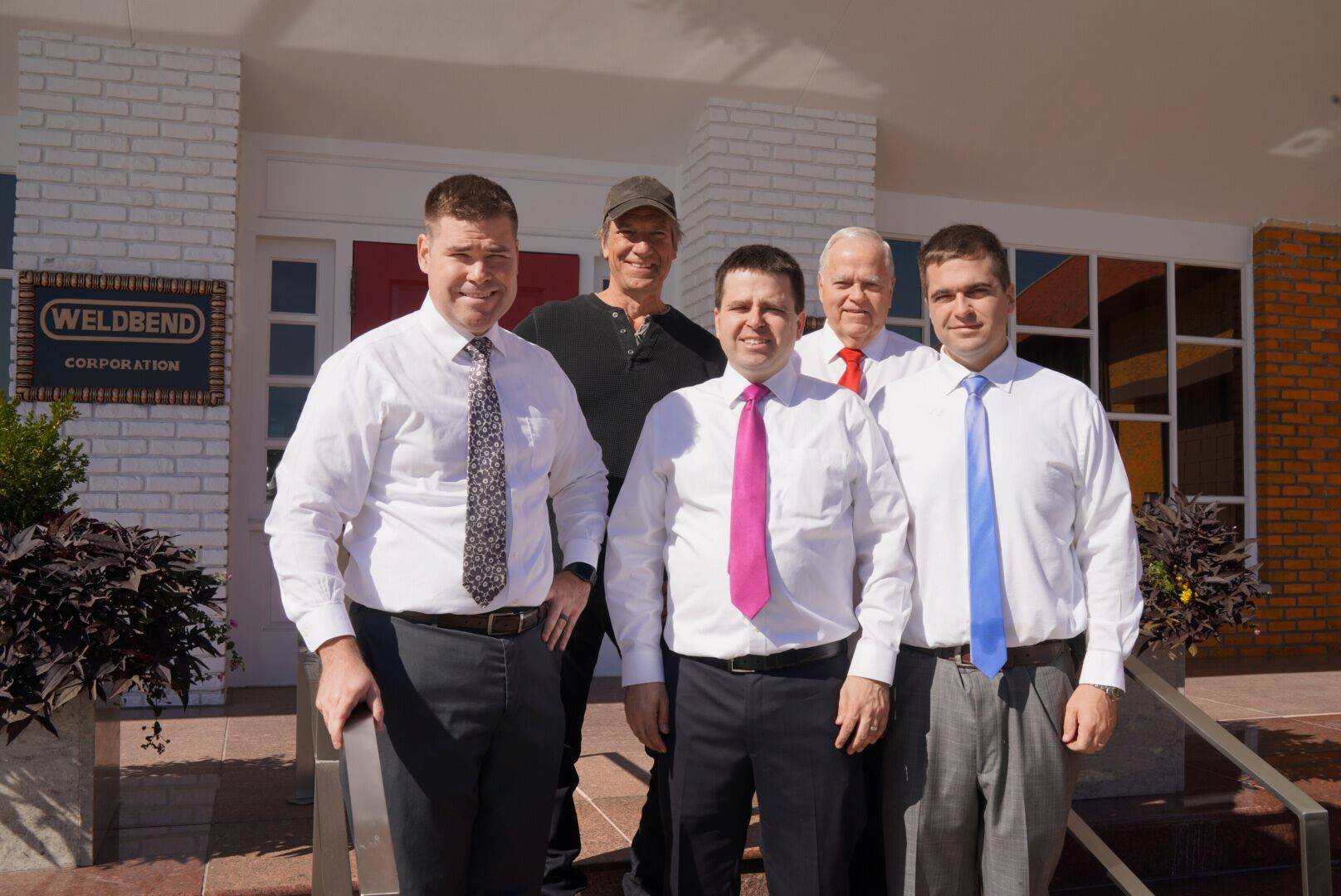 Mike Hammer is the man in the white shirt. So too is the guy next to him, Jimmy Coulas. Not to be confused with his brother next to him, Kevin Coulas. Or their Dad, Jim Coulas Jr., standing behind them.

Like the man who started it all, Jim Coulas Sr., these men wear white shirts to work every single day. (Clearly, I didn’t get the memo.) Nevertheless, earlier this week, The Men in the White Shirts gave me a tour of the Weldbend facility just outside of Chicago, and it was awesome.

Weldbend is a company that manufactures various components essential to mechanical systems and gas pipelines – primarily fittings and flanges. Since 1969, the Coulas family has been expanding their business, (if not their wardrobe,) and today, their 300,000 square foot factory is proof-positive that America still knows how to make things. Important things. 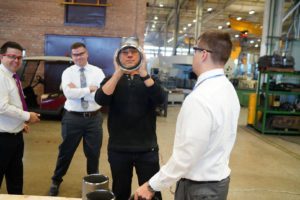 I’m writing today because it’s simply impossible to tour a factory like Weldbend and not feel good about our country. Not because of the mind-boggling innovation on display at every turn, or the raw optimism that accompanies the business of making things, but because of the people who work here. Most of the two hundred employees I met have been working at Weldbend for over ten years. Many for over twenty. Some, for a lot more than that. Their pride is palpable, and the more we spoke, the more I came to understand why so many have stayed on for so long – they know that what they do matters. They’re certain of it. And they feel like they’re part of a family. 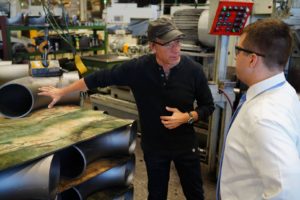 It’s easy to forget that our country is held together by pipes. We may be divided on a great many things, but we are most certainly united by our reliance on millions of miles of pipes – pipes that bring us water, electricity, oil, gas, and all the other stuff that’s so easy to take for granted. Pipes that by and large remain out of sight and out of mind – much like the people who make them.

I went to Weldbend this week to speak at an industry gathering, tell a few stories, and help announce the advent of their latest addition – a machine unlike anything else in the country. It’s a cold forge Tee-Press. It weighs 1.2 million pounds, and it bends enormous pieces of carbon steel in ways you have to see to believe. In the coming weeks, this machine will be assembled in the Weldbend factory, and when it’s done, it’ll allow these guys to continue manufacturing critical pieces of our infrastructure right here in the United States. The Tee-Press is one of only a handful of machines of its kind, and having one here in America is really important. But it wouldn’t have happened without a family 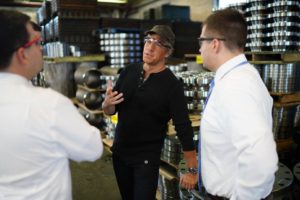 owned business willing to bet big on themselves, their people, and their country. Kudos to them.

If you’re fascinated by this kind of technology, you can read more about it here. https://bit.ly/2RVrDdT But if you’re just looking to feel better about the future of our America, I’ll direct your attention to a factory just outside of Chicago called Weldbend. There, you’ll find The Men in the White Shirts, along with a team of highly skilled workers devoted to making a product that will keep us all connected. Kudos to them as well. 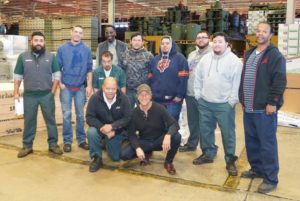 Thanks for the tour, gentlemen, and good luck with your Tee-Press. I can’t wait to see it in action.
(In a white shirt, naturally.) 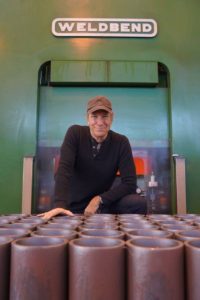 PS. Big thanks to Will Byington for the pics!