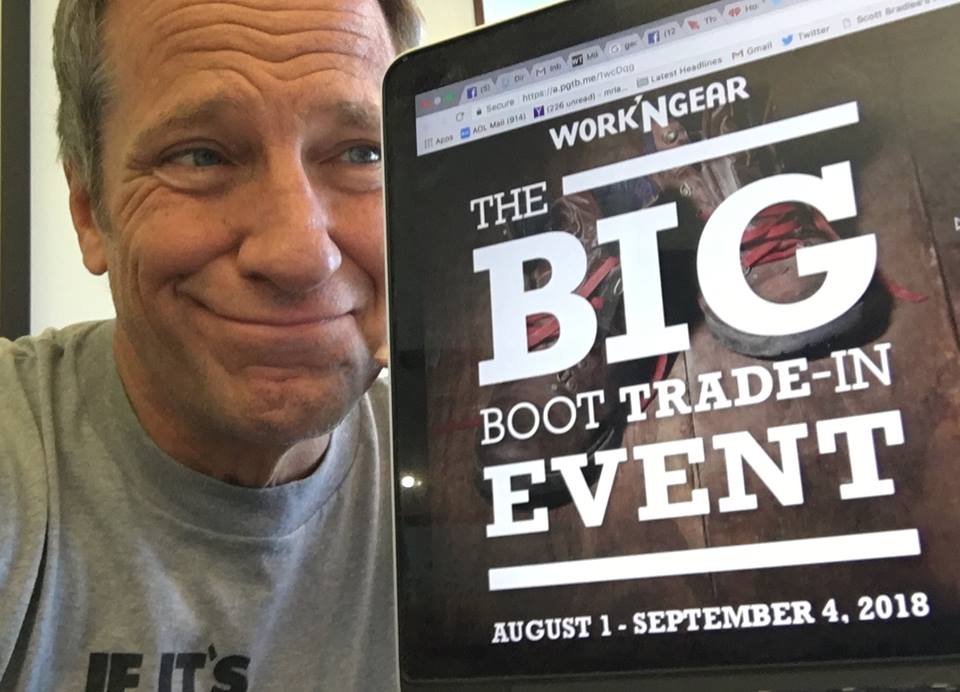 For those wondering, my old boots have found a new home. They were purchased by a woman named Shannon, who just happens to be the Digital Marketing Manager for a company called Work ‘N Gear. Interestingly, Shannon’s company runs a “Big Boot Trade-In Event” every year, where people can get a discount on new boots when they drop off an older, “gently worn” pair, which are then donated to those in need. This year’s event just ended, but according to Shannon, my Thousand Milers will be used to heighten awareness around Work ‘N Gear’s next “Big Boot Trade-In Event.” I can’t imagine a better fate for the footwear that served me so well.

As for the money, $3,550.00 has been received and added to the coffers for next year’s round of Work Ethic Scholarships. Thanks, Shannon. And thanks again to Wolverine, who offered to send Shannon a brand new pair, as a “thank you” for purchasing my old pair. That’s a whole lot of thankin’ going on for a Friday morning!