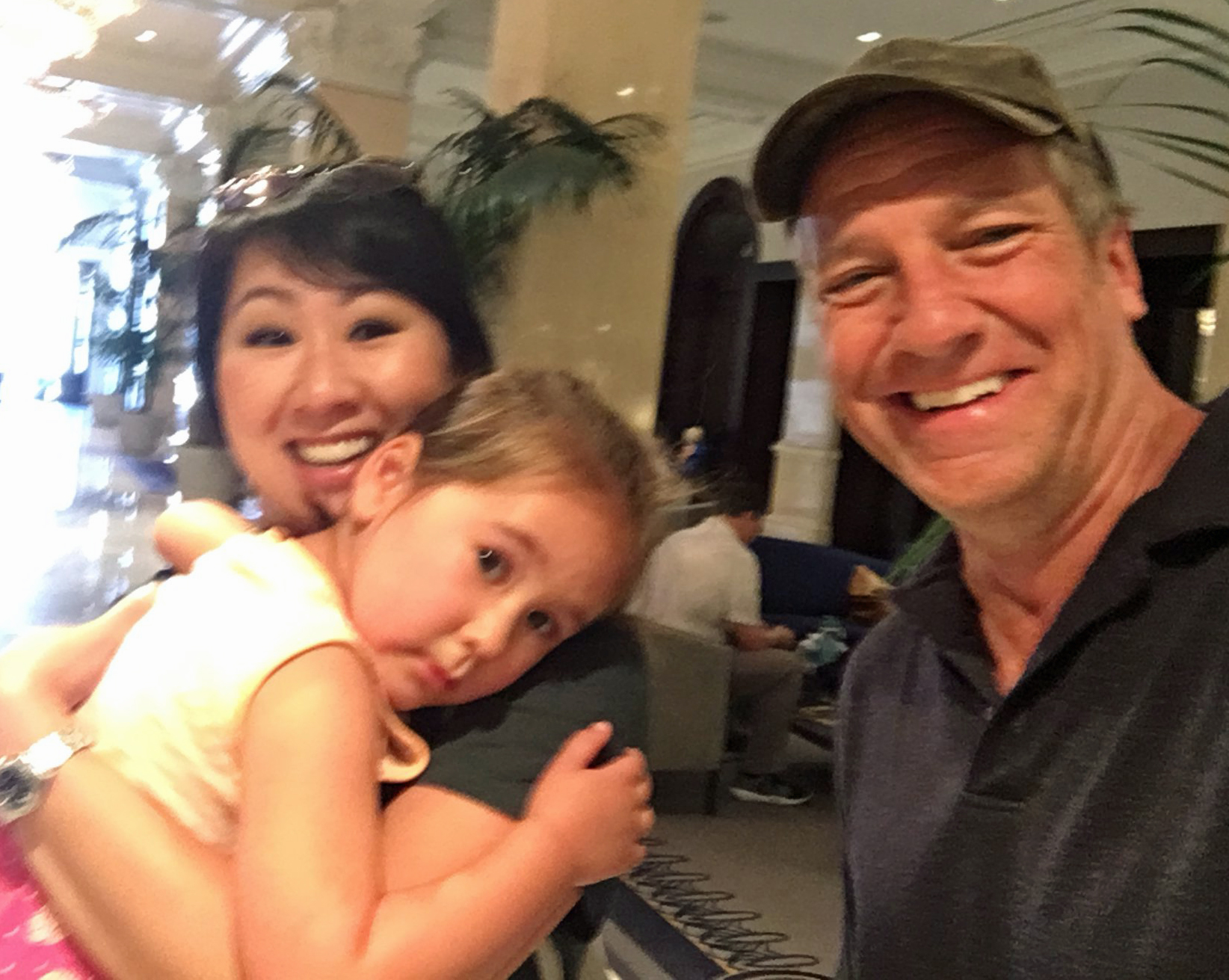 I was waiting for the elevator on the ninth floor of my hotel, when a woman asked me if I was who she thought I was.

The woman screamed with delight, and told me she loved me, which I took as a great compliment. Her name was Colleen, and she and her family were visiting from Kansas City. Meanwhile, the elevator arrived, and Colleen’s daughter, Nora – anxious no doubt to begin her big day in San Diego – walked in.

As Colleen navigated the mysteries of her smart phone, Nora looked on from the interior of the elevator. Perhaps she was too short to reach the control panel, or simply unfamiliar with the “door open” button. Either way, she did nothing to stop the elevator doors from closing, as her mom and I chatted about the next season of Returning the Favor, beginning June 19th.

Actually, that’s not entirely true. As the doors slowly closed, Nora did in fact, do something – she screamed. Unlike her mother’s earlier scream, Nora’s yelp was not an expression of delight; this was a wail of deep and abiding concern; a primal squeal unique to three-year olds who realize they’re about to go for a ride in a mechanical box all by themselves. A truly pitiful sound, followed by, “M-O-M-M-Y!!!!!!!”

Nora’s scream got my attention, along with everyone else in San Diego, including Colleen, who responded with a scream of her own and bolted toward the closing doors. Too late. In a flash, mother and daughter were separated. I hit the call button, but not in time. The elevator was on its way to the lobby.

As Nora’s screams faded into the distance, Colleen and I waited for the next car. It seemed like a very long wait. When it finally arrived, Colleen dove in and headed to the lobby. I stayed behind, thinking perhaps Nora might somehow return to ninth floor. I also called the front desk and told them to keep an eye out for a distraught three-year old. Then it occurred to me that the elevator could have very likely stopped on any one of eight floors on its way to the lobby.

How would little Nora process that? The waiting area would look identical on every floor. What would she do when the doors opened on the fifth floor, and Mommy wasn’t there? Would she run out, or would she stay in? Do three-year olds even understand the concept of elevators? I don’t know. So I ran down the stairs, checking each floor for signs of a hysterical child.

I found them in the lobby, reunited and relieved. Colleen got her selfie. I got a photo too, which Colleen said I could post. I didn’t get permission form Nora, but I’m pretty sure she’s cool with it.