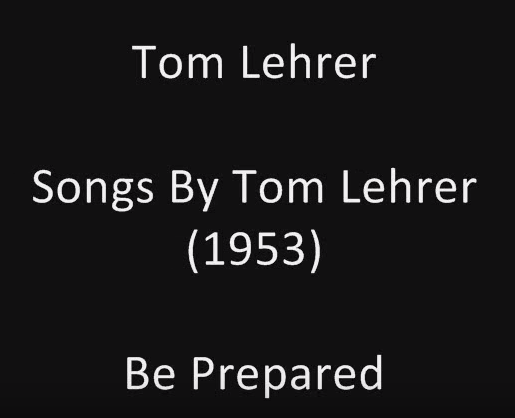 Sharon Freeman‎ writes: Mike Rowe, I’m curious as to your opinion on the tragic death of the Boy Scouts of America?! I have several cousins that are Eagle Scouts, and I know that you are one also, so I feel you have somewhat of a vested interest in this matter. I didn’t have a problem with entire families going on Boy Scout camping trips, but to force them to become co-ed…I think that’s sad.

In 1974, I was a painfully shy twelve-year-old kid with an annoying stammer and a deep fear of trying anything new. I was also very awkward around girls. I dreamed of being near them, but in real life, their proximity made me sweaty and nauseous. So one evening, my father dragged me to the basement of Kenwood Presbyterian Church, where the boys of Troop 16 were in the midst of an organized brawl called British Bulldog. The rules were simple.

One kid stood alone in the middle of the room. On the far end, 25 boys waited for the scoutmaster to blow a whistle, at which point they’d bolt to the other end. During the charge, the kid in the middle would attempt to tackle somebody and lift him in the air long enough to yell, “1,2,3, British Bulldog!” That kid, if successfully lifted, would join the other kid in the middle of the room, and together, they’d go about the business of tackling and lifting other kids during each subsequent charge. In the end, the last one to be lifted was declared the winner – the British Bulldog.

I was immediately thrust into this pandemonium and hoisted into the air, despite my best efforts to remain grounded. Somewhere along the way I got a bloody nose. Others sustained busted lips, black eyes, and sprained fingers. Happily, the game was followed by a course in First Aid, taught by a local paramedic who showed us how to apply a tourniquet and administer CPR. It was awesome.

In the coming weeks, I learned how to tie a sheepshank, throw a boomerang, build a fire, and make a lean-to. I was given a Boy Scout Handbook, and told to memorize the Scout Law and The Scout Oath. I did, and a week later, after another round of organized violence and hands on learning, I was summoned to the stage in the basement. There, I stood by the flag, raised my right hand, and promised to “do my duty to God and my country, obey the Scout Law, help other people at all times, and to keep myself physically strong, mentally awake, and morally straight.”

The Scout Oath was the first promise I ever made, and I tried my best to keep it. I also got busy earning Skill Awards and Merit Badges, a consistently frustrating pursuit that always seemed to highlight my chronic incompetence. The Scoutmaster, a retired Army Colonel named Mr. Huntington – often said, “I know you’re uncomfortable, Mike. Might as well find a way to enjoy it.”

In Troop 16, merit badges reflected merit. There was a boxing ring, where differences were often settled, monthly camping trips, frequent visits to the shooting range, weekly fitness tests, poetry readings from memory, and many other activities tailor-made to pull every kid out of his particular comfort zone. It was often humbling, but never humiliating. Failure was simply viewed as the most common symptom of trying. Consequently, the more I tried, the more I failed. The more I failed, the more I succeeded. The more I succeeded, the more confident I became. My grades improved in school. My stammer vanished, as did my awkwardness around girls.

One year at summer camp, I was called upon to sing a song of my choice at the evening campfire. It was parent’s night, and several hundred people from multiple troops were on hand. None were expecting me to belt out a tune from Tom Lehrer called “Be Prepared,” but that’s precisely what I did.https://bit.ly/2wJWpjm

If you’re not familiar with this little gem, give it a listen. It is without question the most inappropriate song a Boy Scout could ever sing in public, but I thought it was hysterical, and packed with excellent advice. Afterward, Mr. Huntington offered a general apology to the parents in attendance, and gave me latrine duty for the duration of the encampment. Later though, he pulled me aside and said, “Mike, that was the funniest damn thing I’ve ever heard. Great job!”

Six years and two-dozen merit badges later, I was an Eagle Scout. Thirty-five years after that, I became a “Distinguished” Eagle Scout. I’m still not sure what I did to “distinguish” myself, but I accepted the award with gratitude, and I’ve tried ever since to give something back to the organization that gave me so much. Which brings us to what you’ve called “the tragic death” of The Boy Scouts, and the frightful prospects of “forced co-ed camping.”

According to their official statement, https://cnn.it/2HOv7gY, the Boy Scouts are welcoming girls because that’s what the overwhelming majority of parents want. From what I can tell, no one is being “forced” to do anything. Nothing in their statement talks about “co-ed” camping or even co-ed Troop Meetings.

As I read it, The Boy Scouts are launching a separate program that serves girls. Yes, The Girl Scouts are pissed, and the reason is clear – they don’t want the competition. https://theatln.tc/2l0pq4f. But respectfully, is that argument even remotely persuasive? Competition is good, even among organizations that have similar goals. Especially now, with 90 million kids in this country unaffiliated with any youth-based organization. So I’m not opposed to building a program within Scouting for girls. But I am very worried about the future of Scouting in general.

When I left the organization in 1979, there were 5 million active members. Today, there are 2.3 million. With the recent departure of the Mormon community, that number will soon drop to under two million. Clearly, something is wrong. The question is what? Is it the past sexual scandals? Is it the more recent admission of gay and transgender members? I would imagine those are factors. But a 60% decline? That seems very unlikely. Besides, the drop-off started long before all that. Likewise, girls have always been excluded from The Boy Scouts, so I’m skeptical that welcoming them now, will fix whatever’s broken.

In my opinion, this kind of attrition can only explained by an increasing lack of relevance, or, the perception of irrelevance. Unfortunately, in situations like this, there’s no difference between perception and reality. And right now, there’s a perception that The Boy Scouts have gone soft. That’s the real tragedy, Sharon, because I can’t think of anything more needed in our country today, than a youth organization that offers kids the same experience I underwent in the basement of Kenwood Church. Why? Because our country’s current obsession with “safe spaces” is destroying character faster than the Boy Scouts of today can build it.

Obviously, we want our kids protected from the hazards of a dangerous world. And clearly, the world we live it is a dangerous place. But safety is not the purpose of our existence, and this whole idea that kids need to be protected from fear, distress, discomfort, and disappointment is far more dangerous to the future of our country than anything I ever encountered in Scouting. You can’t build character in a “safe space.” You can only build dependence and entitlement, and you don’t have to look very far to see the results. Pardon my rant, but the stakes are high.

Too many kids are graduating from high school with no sense of who they are. Too many kids are leaving college with no marketable skill. Too many kids have never pondered a code to live by, or considered the importance of anything beyond the pursuit of their own comfort. It’s easy to call these kids “snowflakes,” but where do you suppose they came from?

We are the clouds from which the snowflakes fell. We are the ones who gave them trophies just for showing up. We’re the ones who told them that their feelings were more important than their actions, and that their dreams would come true if they simply followed them. Now, we are confronted with millions of dissatisfied young adults with no tolerance for beliefs that conflict with their own, and no realistic understanding of how life actually works.

I know I’m generalizing. I know there are many hardworking, conscientious millennials out there. I employ several. But I also know the “safe space movement” is real, and I can think of no better way to push back than to expose more kids to the brand of Scouting that I was lucky enough to encounter four decades ago. If by some miracle the dynamic I experienced in Troop 16 were available to everyone today – if Scouting could somehow recapture that combination of risk and wonder and pride and personal accountability – I believe their ranks would swell with the sons and daughters of millions of anxious parents, desperate to expose their kids to a program that prepares them for the real world.

I worry about The Boy Scouts for the same reasons I worry about The Girl Scouts and The Future Farmers of America and Skills USA and The 4-H Club and every other group that tries to elevate virtues like hard work, delayed gratification, and personal responsibility. I worry, because those ideas are wildly out of fashion, and organizations that have traditionally celebrated them are under enormous pressure to “evolve.” And so they do. But to what end? A 60% drop in membership?

If the Boy Scouts want to attract a new generation of members, they’ll need to stand for something more than inclusion. Because being inclusive doesn’t make you relevant. If I were calling the shots, I’d take a stand against the safe space movement and everything it embodies. And I’d do it in the most public way possible. But of course, that might also require a level of risk completely inconsistent with current orthodoxy.

As we all know, in 1974, a chipped tooth or a black eye didn’t lead to lawsuit, and today, I’m pretty sure a boxing ring and a trip to the shooting range would make a lot of parents…uncomfortable. But that’s exactly the point. In a world that values safety above everything else, discomfort is never welcome. Neither is risk. And yet, discomfort and risk are precisely why my time in Scouting was so valuable, and why Troop 16 was the polar opposite of a safe space.

Anyway Sharon, that’s a very long way of saying that girls are not the enemy. The enemy is bad ideology, and the inability to effectively confront it. Do I favor co-ed Scouting? Hell no. I can’t think of a single good reason to put girls and boys in the same troop, the same tent, the same boxing ring, or the same game of British Bulldog. But I can think of many good reasons to include them in a unified effort to confront the siren song of “safe spaces.”

It’s not enough to simply ignore bad ideas. The safe space movement needs to be confronted, and I’d love nothing more than to see Scouts of both genders lead the charge.