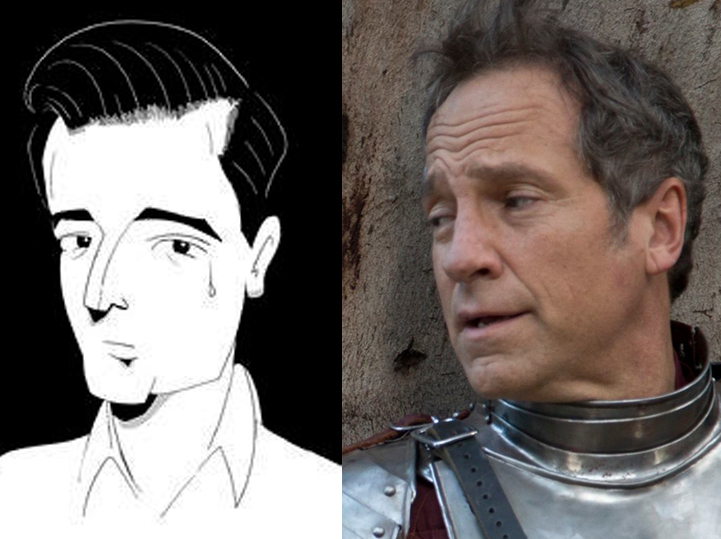 This made the rounds a few years ago. I’m reposting it today because Tucker Carlson has invited me onto his show this week to discuss “Men in America,” and the somewhat disturbing number of obstacles and issues that appear to be reshaping our modern definition of manhood. I thought perhaps this might inspire our conversation. Or perhaps, doom it…

As someone widely regarded as a “Man’s Man,” I’d love to get your take. (Personally, I’m not sure what a “Man’s Man” is, but my wife assures me that you are one.)

I don’t know what a “Man’s Man” is either, or if I am one, but I’m not inclined to argue with another man’s wife. However, I did read the Times piece, and I can tell you with some certainty that I do not appear to be a “Modern Man.” My own Guide – as a potential “Man’s Man” – is below.

New York Times: When the modern man buys shoes for his spouse, he doesn’t have to ask her sister for the size. And he knows which brands run big or small.
Mike Rowe: A Man’s Man would not buy shoes for his spouse, or be familiar with the vagaries of various female footwear brands. He might offer to pay for them, and he would definitely compliment her choice. And if he knows the size of her feet, it’s only because he rubs them from time to time.

NYT: The modern man never lets other people know when his confidence has sunk. He acts as if everything is going swimmingly until it is.
MR: A Man’s Man feels no shame in admitting uncertainty, because he knows that doing so will make him more certain. He’s transparent about his flaws and shortcomings, and makes no attempt to be more secure or knowledgeable or competent than he actually is.

NYT: The modern man is considerate. At the movie theater, he won’t munch down a mouthful of popcorn during a quiet moment. He waits for some ruckus.
MR: A Man’s Man is also considerate. But he would never consciously time his chewing to coincide with the noisy parts of the film. He does not walk on eggshells.

NYT: The modern man doesn’t cut the fatty or charred bits off his fillet. Every bite of steak is a privilege, and it all goes down the hatch.
MR: A Man’s Man will clean his plate, assuming of course he’s the one who put the food on it. But he feels no obligation to suck the marrow out of a bone, or eat the bruise on the banana, or consume the cob as well as the corn. He does not equate his manliness with a willingness consume food that’s been poorly prepared.

NYT: The modern man won’t blow 10 minutes of his life looking for the best parking spot. He finds a reasonable one and puts his car between the lines.
MR: A Man’s Man knows it’s wiser to park closer to the exit than the entrance.

NYT: Before the modern man heads off to bed, he makes sure his spouse’s phone and his kids’ electronic devices are charging for the night.
MR: A Man’s Man knows that self-reliance is born of experience. He encourages his kids to look after their own stuff, and suffer the consequences when they do not. The wife is another matter.

NYT: The modern man buys only regular colas, like Coke or Dr Pepper. If you walk into his house looking for a Mountain Dew, he’ll show you the door.
MR: A Man’s Man doesn’t drink children’s beverages. He drinks tap water, wine, coffee, beer, whiskey, or iced tea. He does however, keep soda pop on hand, on the off chance a modern man stops by.

NYT: The modern man uses the proper names for things. For example, he’ll say “helicopter,” not “chopper” like some gauche simpleton.
MR: A Man’s Man is less worried about using the right word, and more concerned with being understood. But under no circumstance, does he “dumb down” the language.

NYT: Having a daughter makes the modern man more of a complete person. He learns new stuff every day.
MR: A Man’s Man is already a complete person. His identity does not depend upon sons, daughters, spouses, friends, or pets. He is not a loner, and he cherishes the relationships he has. But he knows that his “completion” is nothing but a reflection of knowing who he is.

NYT: The modern man makes sure the dishes on the rack have dried completely before putting them away.
MR: A Man’s Man will always volunteer to wash the dishes. He may or may not put them away, but regardless, he understands the phenomenon of evaporation, and doesn’t concern himself with a codified system for drying.

NYT: The modern man has never “pinned” a tweet, and he never will.
MR: A Man’s Man does not know what that even means. But he rarely says “never.”

NYT: The modern man checks the status of his Irish Spring bar before jumping in for a wash. Too small, it gets swapped out.
MR: A Man’s Man uses Lava Soap. He uses it until it’s the size of a dime.

NYT: The modern man listens to Wu-Tang at least once a week.
MR: A Man’s Man watches reruns of Kung-Fu.

NYT: The modern man still jots down his grocery list on a piece of scratch paper. The market is no place for his face to be buried in the phone.
MR: A Man’s Man does not make lists. He knows what he likes, what he needs, and what he wants. If he has to write it down, he understands it was not worth having in the first place.

NYT: The modern man has hardwood flooring. His children can detect his mood from the stamp of his Kenneth Cole oxfords.
MR: A Man’s Man is not committed to any particular type of flooring. He doesn’t attempt to communicate with his children through his footsteps, and he doesn’t own oxfords, unless they’re steel-toed.

NYT: The modern man lies on the side of the bed closer to the door. If an intruder gets in, he will try to fight him off, so that his wife has a chance to get away.
MR: A Man’s Man knows that a struggle closest to the door will effectively block the exit through which his wife might flee. So he secures the house in a way that keeps intruders out, and sleeps wherever he wants.

NYT: The modern man has a melon baller. How else would the cantaloupe, watermelon and honeydew he serves be so uniformly shaped?
MR: The Man’s Man, if he serves fruit at all, prepares wedges, squares, and rectangles. He accomplishes this with a knife.

NYT: The modern man has thought seriously about buying a shoehorn.
MR: A Man’s Man doesn’t think “seriously” about any purchase under $5.

NYT: The modern man buys fresh flowers more to surprise his wife than to say he is sorry.
MR: A Man’s Man picks wildflowers on the side of the road, wraps them with a bootlace, and presents them with an original, hand-written poem.

NYT: On occasion, the modern man is the “little spoon.” Some nights, when he is feeling down or vulnerable, he needs an emotional and physical shield.
MR: A Man’s Man will do whatever’s necessary to please his bedmate – not himself. But he roundly rejects all metaphors, especially those that involve utensils.

NYT: The modern man doesn’t scold his daughter when she sneezes while eating an apple doughnut, even if the pieces fly everywhere.
MR: A Man’s Man would laugh and then say “Bless you,” or “gesundheit.” Then, he’d make sure she wipes her nose and cleans up the crumbs.

NYT: The modern man still ambles half-naked down his driveway each morning to scoop up a crisp newspaper.
MR: A Man’s Man does not amble. Moreover, he would have already impressed upon the paper boy the importance of getting the morning paper all the way up on the porch. Where it belongs.

NYT: The modern man has all of Michael Mann’s films on Blu-ray (or whatever the highest quality thing is at the time.)
MR: A Man’s Man doesn’t own films – he rents them. He also values effectiveness over efficiency, and knows that the “latest technology” will be obsolete in a few months. For this reason, he makes no attempt to own the newest of anything.

NYT: The modern man doesn’t get hung up on his phone’s battery percentage. If it needs to run flat, so be it.
MR: A Man’s Man prefers his gas tank full, his weapon loaded, his pantry stocked, and his checkbook balanced. He also likes his phone sufficiently charged, and takes the necessary steps to accomplish that.

NYT: The modern man has no use for a gun. He doesn’t own one, and he never will.
MR: A Man’s Man owns at least one firearm. He knows how to use it, clean it, and store it properly. He understands it’s importance, and sees it for what it is – a tool that can protect him and his family.

NYT: The modern man cries. He cries often.
MR: A Man’s Man cries if he feels like crying. But he rarely feels like it.

NYT: People aren’t sure if the modern man is a good dancer or not. That is, until the D.J. plays his jam and he goes out there and puts on a clinic.
MR: People know without question a Man’s Man does not dance. But they also know if called upon, he’ll give it his best shot…