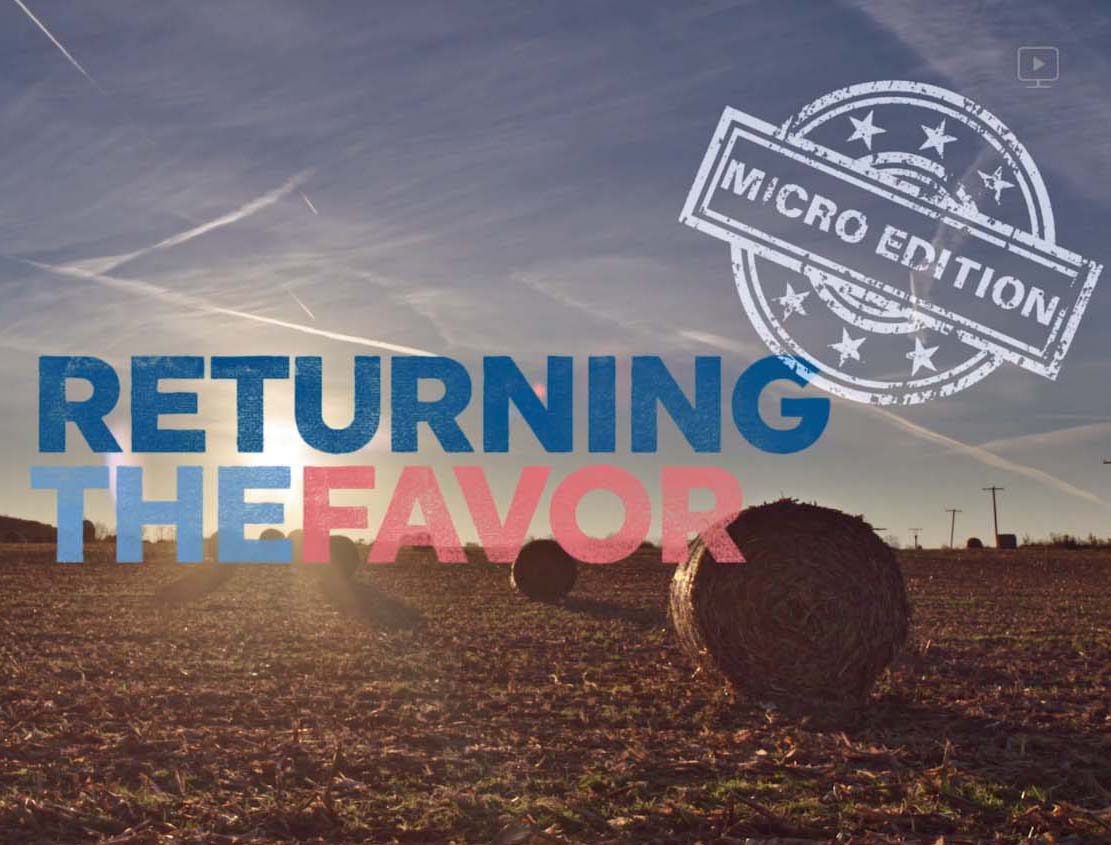 Mike – The handshake is the core of who we are as men. How did that get replaced by FaceTime and a cheap pair of shoes? I truly felt sorry for John and the feeble attempt at recognition in this concept. He deserved better.

Thanks for your feedback. You’ve said a lot in just four sentences. Allow me to address your comments individually.

I agree that shaking hands is a nice gesture. It’s a great way to say hello, goodbye, congratulations, and thanks. It’s also a nice way to reinforce a promise. But it has absolutely nothing to do with the core of who we are as men. I’ve met lots of brave men with no hands, and plenty of cowards with all their original parts. So no, I’d argue that the core of who we are as men, (and women,) has nothing to do with what part of our bodies we shake, and everything to do with what we believe, and what we do about those beliefs. Belief and Action. That’s the essence of who we are as individuals. Much of what we call “character” comes down to a basic understanding of this simple fact. (For more information on character, watch this. http://bit.ly/1YBVTZd)

2. “How did a handshake get replaced by FaceTime and a cheap pair of shoes?”

It didn’t. Handshakes and FaceTime and affordable footwear all exist contemporaneously. Look at this way. Just because you elected NOT to fly across the country to personally give me the finger, doesn’t mean that technology has replaced your ability to do so. It just means that now, you have a tool at your disposal that allows you more flip more people off in a more efficient fashion. Or if you prefer, to thank them.

This is why I’m doing these Micro-Editions of Returning the Favor. It’s a way to keep the show from going away while we’re out shooting the next season. Do I prefer them to the full-length episodes, where I get to be physically present? Of course not. There’s no substitute for the personal touch. But knowing I can’t be in two places at once, what would you prefer we do? Acknowledge as many good people as we can to the best of our ability? Or hold tight to the format that forces us to go dark for months at a time, and do nothing at all for people like John?

As you formulate a reply, ask yourself this – over the holiday, did you call or text any friends or loved ones? Did you wish them a Merry Christmas? If so, did they return the sentiment, or did they hang up on you because you weren’t there to deliver your greeting in person?

3. “I truly felt sorry for John and the feeble attempt at recognition in this concept.”

Sorry about that. But look – if my efforts to honor John have left you feeling “truly sorry” for him, why not do something to remedy the situation? Returning the Favor doesn’t hold the copyright on kindness, and I for one would love to see what Matt McCool might do for his fellow man. I’m serious. If your sorrow is genuine, why not do something nice for the guy? I know he loves a local restaurant called McCleans. Here’s their menu. http://bit.ly/2qPIMfE Why not get him a gift certificate? Maybe you’ll feel better?

Also – if it’s any consolation – take some comfort in knowing that our feeble attempt to acknowledge John Middleswarth has been viewed over 12 million times, and generated many thousands of positive comments. I don’t know John personally, but I think that kind of recognition was probably a positive thing for him and the community of Zebulon. I also think it’s good for the larger goal of this project, which is to motivate more people to return more favors, and post the results online. (Who knows? Maybe sometime in the future I’ll be able to do this show without getting out of bed.)

No argument about that. John is a model citizen, and I would never suggest or imply that a pair of shoes, a free meal, a lawn-mower, and a park bench dedicated to him is commensurate with his contribution to civilized life. But again – the question isn’t whether he’s deserving of more than I can offer. Any fool can see that that he is. The question is, Matt, would you prefer we do something, or nothing?

Either way, have yourself a happy new year. The “handshake format” will return in mid-February. In the meantime, you can expect more Micro-Editions like the one below. This one is a check-in with our friend Donovan, whose work ethic just might rival John’s. Give it a look, if you want to see just how powerful a community can be.