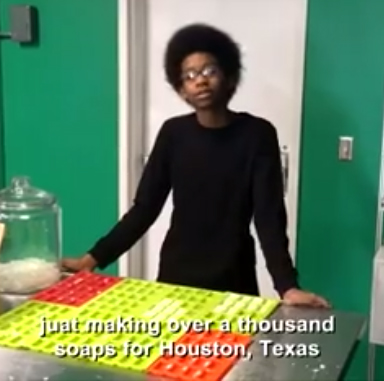 Hey Mike! Check out this article!  And no mention of your good work?! What’s up with that?

In the words of Harry Truman, “There’s no telling how far a man can go if he doesn’t care who gets the credit.” (At least – I think it was Harry Truman. Some say it was Ronald Reagan. Others credit Father Strickland. And of course, many more insist it was Mark Twain, Abe Lincoln, and/or Albert Einstein. Funny – there’s an awful lot of controversy about who gets the credit for a quote about the unimportance of getting credit!)

Point being, you’re correct – nowhere in this excellent article about closing American’s Skills Gap is mikeroweWORKS mentioned, and in the words of Gloria Gaynor, (or maybe George Washington,) “I will survive!” Truth is, an article like this – especially from The PBS News Hour – is cause for celebration in and of itself. Why? Because most news outlets are still arguing that a college degree is the best path for the most people.

Honestly, I’m delighted that PBS has begun to examine the unintended consequences of embracing such a cookie-cutter approach to education, and I’m hopeful that other news outlets will follow suit. The insane cost of a four-year degree, along with the existence of millions of good jobs that don’t require one, is justification enough to demand the kind of Public Awareness Campaign outlined in this article. Just because mikeroweWORKS has been doing that very thing for the last ten years, doesn’t mean I’m entitled to lead the charge today, or even participate in some larger effort. My foundation is here to help in whatever way we can, large or small, and I’m content to see progress with or without my name attached.
However – with regard to giving credit where it’s due, and since Labor Day is also the birthday of mikeroweWORKS – I’d like you to help me acknowledge a few of the people who make my foundation possible.

Shari Lobdell started as a fan of Dirty Jobs, and her boundless good humor in the Dirty Jobs Chatroom became an odd source of comfort for yours truly. After determining she probably wasn’t a stalker, (mostly,) I hired her to help me with my endless digital needs. Shari is not only incapable of meanness, she’s smarter than me, but never rubs it in my face. I appreciate that. She’s also been with me from the very beginning, which also makes her a glutton for punishment. Thanks, Shari.

Chuck Klausmeyer is a fellow actor with whom I’ve sung, laughed, drunk, performed, and argued with excessively since high school. His job with mikeroweWORKS is somewhat ambiguous, but his commitment to our mission is critical to what we’ve accomplished so far. Like me, Chuck is utterly reliant on a skilled workforce, and deeply grateful to those who keep his lights on, his air properly conditioned, and his plumbing indoors. He’s also amusing in short bursts, and well-suited to keeping my office entertained when I’m not around – which is pretty much all the time. Thanks, Chuck.

Jade Estrada agreed to work for me a few years ago, and has managed ever since to conceal her regret in ways that are still convincing. Technically, I think Jade runs my office, but practically, she does so much more. Without her most recent display of diligence and dogged determination, our work ethic scholarship program would have reached a fraction of those we ultimately assisted. Her own work ethic is second to none, and rivaled only by her unflagging sense of fashion. Thanks, Jade.

Mary Sullivan is my creative partner, and the President of mikeroweWORKS. She’s also my publicist, my manager, my agent, my shrink, and the person most likely to tell me I’m full of crap in a crowded room. In other words, Mary is my boss. A recovering attorney who still insists on practicing law on my behalf, she believes that mikeroweWORKS is my “legacy,” and refuses to let me retire. More recently, Mary insisted I host Returning The Favor, which as you may have heard, is now the undisputed “Feel Good Hit of the Summer,” (at least according to my mother and 15 million other viewers.) Though perfectly justified, Mary rarely says “I told you so,” probably because doing so goes without saying. As does my gratitude for her wisdom and inexplicable loyalty. Thanks, Mary.

So – Harry Truman’s eternal wisdom notwithstanding, (or Ronald Reagan’s,) these are the people I wish to thank on this Labor Day, whether they want it or not. Obviously, my thoughts today are also with the countless good neighbors in South Texas who stepped up to do a dirty job in a way that reaffirmed a work ethic and decency I already knew most Texans possess in spades. Remarkable folk, those Texans, no doubt about it.

PS – Speaking of work ethic, young Donovan from Episode 2 just asked me to thank you for your patience with regard to the many hundreds of orders placed after his segment ran. He’s eager to fulfill each one, but his first order of business – and I’m not even making this up – is to make absolutely sure that everyone in Houston has enough soap for the days and weeks ahead. I’ve attached a video he sent. Seriously – this kid is one in a million. If you haven’t seen his story, watch it here.

PPS – Dear Good Morning America – what are you waiting for? If I were you, I’d book Donovan right now, before he gets really, really busy…(You too, Jimmy Kimmel.)