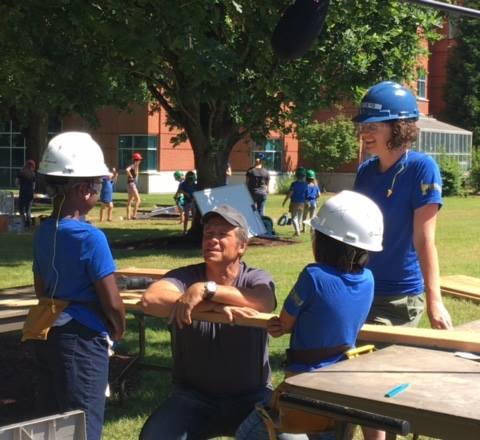 I love this exchange on the RTF page. The sentiment speaks for itself, but also begs a bigger question – where else but here, can a group of Indiana Combat Veterans dealing with PTSD cross paths with a group of young girls in Portland learning how to use power tools? Where else can a guy like Jason Zaideman – with his garage full of beat up motorcycles and beat up soldiers – find common cause with a woman like Katie Hughes, and her makeshift classroom at Portland University? 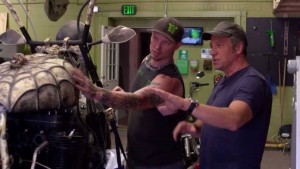 I don’t know what Facebook had in mind when they allowed me to do this show, but if they were looking to remind America that common decency often pops up in uncommon places, I think it’s working. Of the 20,000 plus comments this show has generated so far, I can’t find a bad one. And I’ve read them all. Extraordinary. 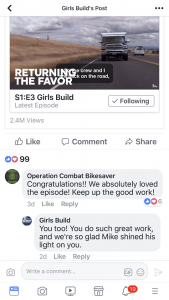 Look for the next episode this Tuesday. And if your newsfeed is bulging with too much bad news, check out the first few episodes of Returning The Favor, and follow the page. You won’t be disappointed. In the meantime, have a great Sunday, and hang tough, Florida.

PS. My mother, who joined me yesterday for another fantastic shoot in Baltimore, was told by my producer that Returning the Favor had been viewed over 22 million times. She smiled and congratulated him. Then, while the cameras were still rolling – she reminded him that her little story about the missing Big Blue Purse has over sixty million views…

Mothers.
What can you do?