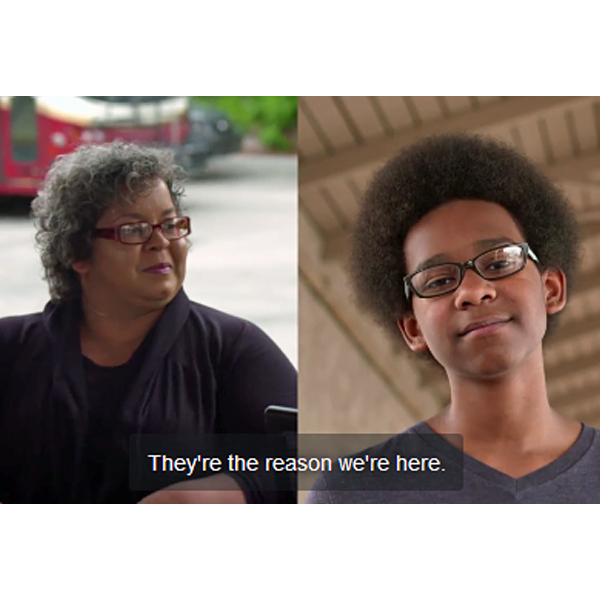 The response to Returning the Favor has been absolutely overwhelming. Seriously – I’ve been in TV a long time, and I’ve never worked on a show that was so well-received right out of the gate. Thanks for all your kind words, your many suggestions, and your generous offers to further assist the people we’ve featured so far. It’s very gratifying, and on behalf of everyone at mikeroweWORKS, Hudsun Media, and Facebook, I just want to say thanks.

Actually – that’s not entirely true. I want to do something else.

As some of you might know, mikeroweWORKS was formed on Labor Day, back in 2008. Every year around this time, I like to recognize somebody who epitomizes the kind of work ethic my foundation tries to encourage. This year, I’d like to direct your attention to a fourteen-year old kid named Donovan, who proves decisively that your circumstances alone do not determine your destiny.

Spoiler Alert – you’re gonna absolutely love this kid. Not long ago, Donovan and his mom, Casey, were living in a homeless shelter in Albuquerque. There, Donovan noticed a conspicuous lack of everyday items, including soap. Unlike most 14-year old kids – homeless or otherwise – it occurred to Donavan that making soap might be something he could learn to do. And so, he did.

But Donovan didn’t stop there. He made enough soap for many other homeless people in many other shelters in and around Albuquerque. Then, Donovan began delivering his soap to these other shelters – free of charge.

“Just because you’re homeless,” he says. “Doesn’t mean you can’t be clean.”

How many other kids – homeless or otherwise – think like this?

Beyond the obvious symmetry of The Dirty Jobs Guy meeting up with The Fourteen-Year Old Formerly Homeless Soap-Maker, I wanted to know what would compel a kid with so little, to work so hard – only to give away the fruits of his labor. Well, I found out, and you will too if you watch his story. You’ll also see that we surprised Donovan with a modest storefront and soap-making facility to allow him to sell his soap to the general public. He opened his doors a few days ago, and as you might imagine, like any small business owner with a new shingle, he’s uncertain about what the future might bring. Which brings me to the transactional portion of this post:

This Labor Day, if you want to reward the kind of work ethic and ambition seldom seen in the species, buy some soap from Donovan. The kid not only works his butt off, he’s an artist, working in the highly unorthodox medium of tallow, lard, and sodium hydroxide. You won’t believe what he can do, Check out his designs here, and if you’re so inclined, let’s help Donovan clean up this Labor Day.

PS. Regarding delivery, Donovan’s mother asked me to make sure your expectations were…adjusted. It’s possible Donovan could get more orders than he can fulfill in a timely fashion. It’s equally possible we could crash his site. In other words, order some soap, but don’t put off your next shower until it arrives.