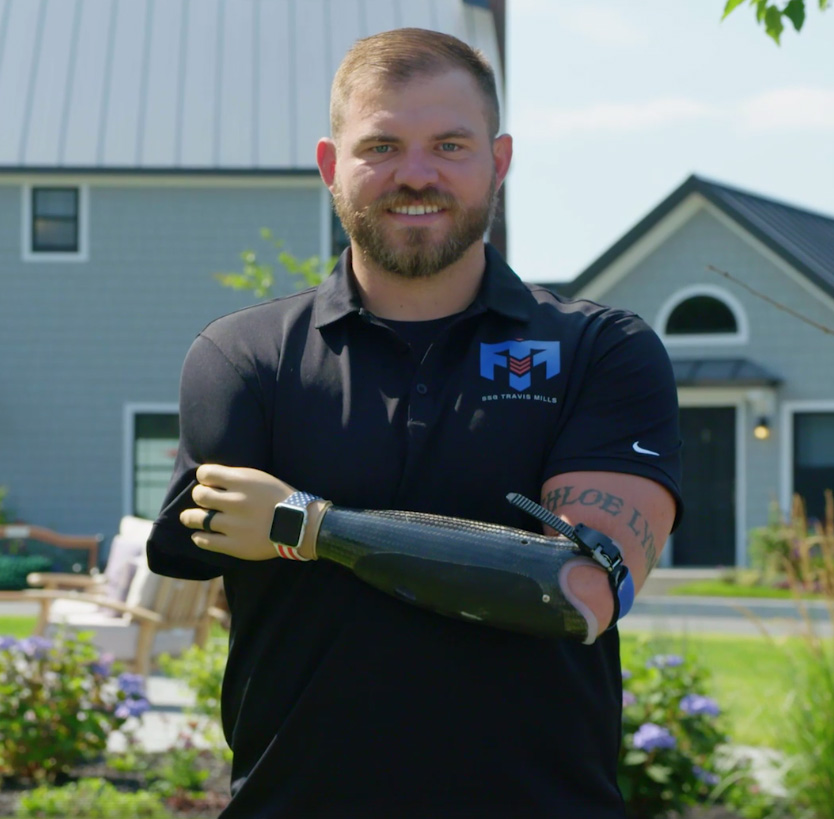 Longtime friends of this page will recall an encounter I wrote about on Memorial Day, three years ago. It was the story of my accidental introduction to a Retired Staff Sergeant named Travis Mills, and the impact of that meeting. In the original post, I wrote about how the many frustrations and challenges overwhelming me on that particular day were instantly vanquished by a chance meeting with a soldier who had sacrificed an awful lot to protect the freedoms I so often take for granted – a soldier who was not only missing his arms and legs, but all trace of self-pity.

The story of our encounter is here.  It’s been shared over 100,000 times, and read by over 20 million people. I mention this, only because our meeting was the first time I’d personally seen the power of social media unleashed for something that actually mattered. Something that didn’t involve a cat playing a piano, or a celebrity behaving badly, or some random dude getting hit in the nuts with a golf ball. It occurred to me on that day, that I might be able to use Facebook to advance the goals of my own foundation, and maybe produce a show that featured people I believe our country might benefit from meeting. People like Travis.

Well today, mikeroweWORKS is thriving, and I have a show you can watch on this very page called Returning the Favor. Both were made possible – in part – by a soldier without his original parts. A soldier named Travis Mills, who humbled me three years ago in a chance encounter, by simply being himself.

Today, I’m returning the favor with Episode #6 of the show that Travis helped inspire. This one’s all about him. Take a few minutes, and give it a look. See what this retired Sergeant has built in the great state of Maine. See what he’s done for other veterans. See what makes him tick. Mostly though, see for yourself what happens when a man with every excuse in the world to stop…simply refuses to quit.