Many years ago, or so I’m told, an Egyptian gentleman with too much time on on his hands wondered what might happen if he jammed a reed into the bladder of a goat and started to blow. 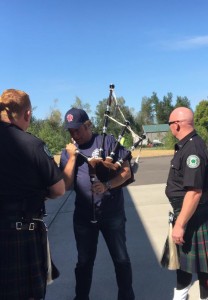 The resulting sound led to the inescapable evolution of the modern day bag pipe, forever changing the soundtrack of weddings, funerals, Braveheart, and an upcoming episode of Returning the Favor.

A big thanks to The King County Firefighters Pipes and Drums, who took our modest attempts to reward good behavior to a whole new level. (If you’re wondering, playing bag pipes is obscenely difficult. Happily, most of the songs sound the same. And there’s a spit valve, which is nice.) 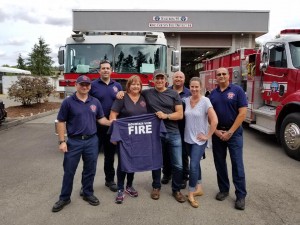 In other news, I’m told Returning the Favor will premiere on Facebook “very soon.” As soon as I know what that means, I’ll let you know. In the meantime, I’ve come to Washington state at least 30 different times. Blue skies, every single time. 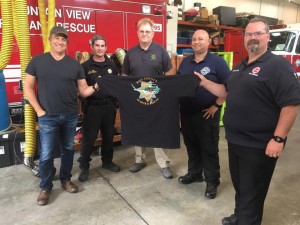