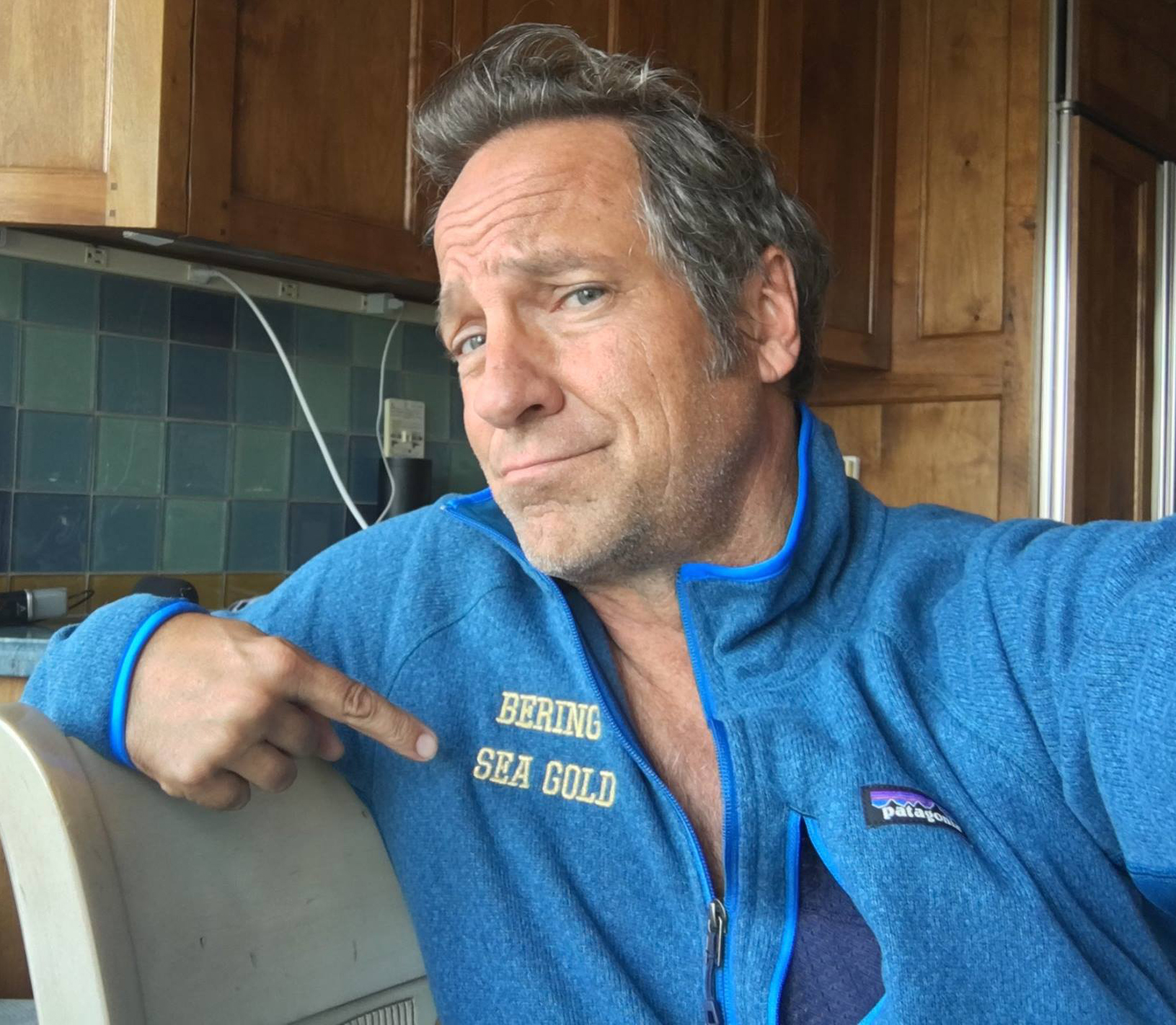 Incredibly, Season 9 of Bering Sea Gold premieres tonight at 9pm on Discovery. I say “incredibly,” because it feels like I just started narrating the show a few years ago. More incredible however, is the fact that Bering Sea Gold is the only hit show in the history of television to go nine seasons with no swag.

Swag, as you probably know, is the merchandise most successful shows sell to fans. You know – hats and coffee cups and tee shirts and stuff. Dirty Jobs had lots of swag. So does Deadliest Catch. Bering Sea Gold? Not so much.

I only know this because I told the production company last week I’d like to help them promote this seasons premiere – (which as you might recall can be seen this evening at 9pm, only on The Discovery Channel) – by auctioning off some autographed genuine Bering Sea Gold swag for the benefit of mikeroweWORKS.

Doing so I’ve learned, is a tasteful way to promote the shows I narrate without resorting to the kind of shameless pandering now synonymous with most forms of traditional promotion. It’s also a fun way to raise money for the never-ending telethon I run for Work Ethic Scholarships. But alas – the swag I desired simply does not exist.

However, when I expressed my surprise, the producer – an enterprising gentleman called Ben Wilson – procured for me a brand new Patagonia fleece in what appears to be a proud periwinkle. I’m pretty sure he paid for it himself. Then, he had the name of his show embroidered on the front, making this one of the only pieces of swag ever associated with Bering Sea Gold (which premieres, incidentally, tonight at 9pm on Discovery.) 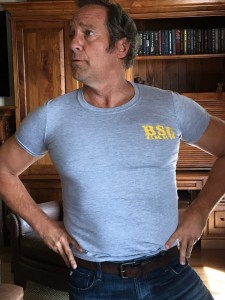 I say “one of,” because apparently – back in Season 1, perhaps – somebody had ordered some Bering Sea Gold tee-shirts for the film crew. Those too, are no longer available, except for one remaining Extra-Small, which Ben saw fit to send me as well.

Anyway, the swag is now mine, temporarily, and if you’re a fan of Bering Sea Gold – and not averse to wearing some one-of-a-kind merchandise modeled poorly by the show’s narrator – please come back to this post after tonight’s show for a chance to bid. I’ll post the link to eBay right here.

In the meantime – if I didn’t mention it – Bering Sea Gold premieres tonight at 9pm, only on The Discovery Channel. According to the narrator, it’s called “Big Cold Gold,” and it the best season ever…