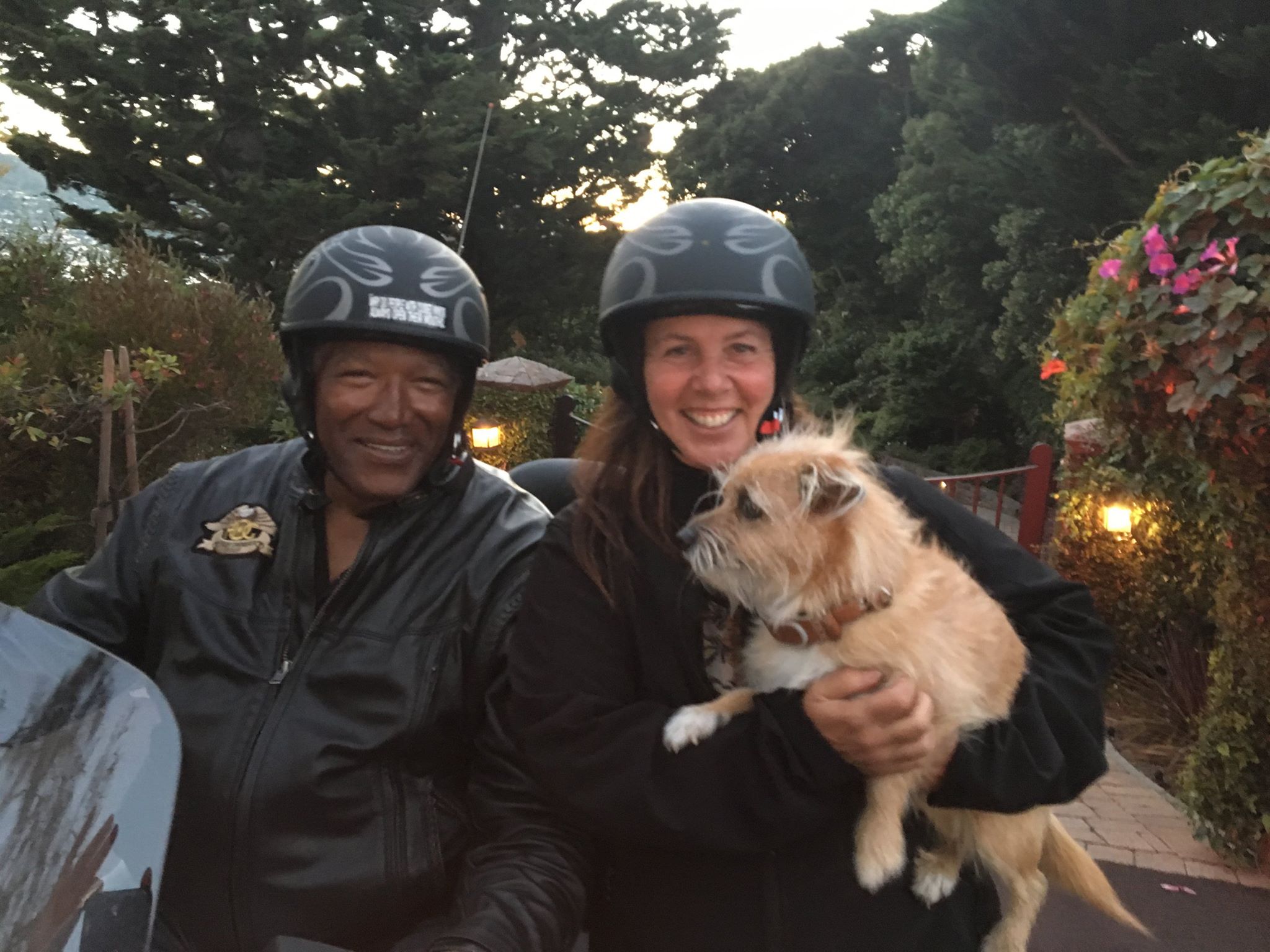 It’s Friday. Where the heck is Freddy? And what does he do when you’re away?

I’m here, livin the vida loca, per usual. As I’ve mentioned before, with something akin to alarming consistency, I have many aunts and uncles standing by to amuse me when the Biped jets off to do whatever it is he does. (This week, he’s gone to Vegas to accept his Honorary Lifetime Membership in a group of grown men who insist on singing hundred-year old songs in hotel stairwells at the top of their lungs. I’ll let His Majesty explain further, if he ever comes back and feels so inclined.) In the meantime, I’m hanging with The Woman Who Taught Me How Not to Bark Whenever I Feel Like It, and The Man with the Amazing Tan.

These are two of my least-objectionable minders. The Man with the Amazing Tan rides motorcycles and teaches humans how to handle firearms, among other things. A retired gendarme, he’s capable and competent in ways The Biped clearly envies. As for The Woman Who Taught Me How Not to Bark Whenever I Feel Like It, she runs a business in town called Bark-Busters, and though it pains me to say it, her services are as advertised.

Two years ago, The Biped left me in her care, and I’ve since found her to be one of most least-annoying humans to ever boss me around. She has in her a quality that makes me want to behave myself. Like that the lady in that chick-flick with Jack Nicholson, she makes me want to be a better dog. And that’s more than anyone else has accomplished with any kind of consistency.

You may peruse her services here, should you find yourself trying to raise a recalcitrant canine.

Anyway, I’d love to chat, but the road is calling, and The Man With the Amazing Tan waits for no one.