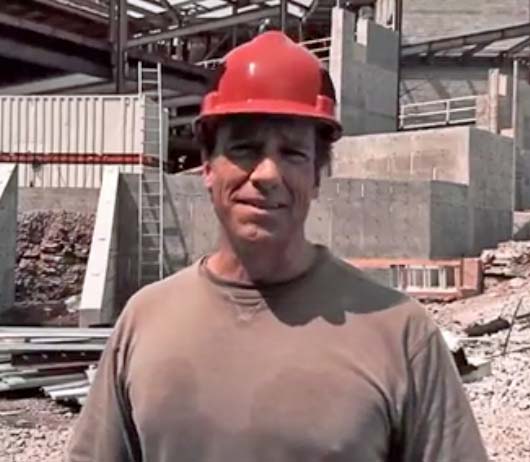 Hey Mike – The President is addressing the country right now on infrastructure. What would you like to hear him say?
Tim Fergus

Hi Tim – I’d like Donald J. Trump to acknowledge that the existence of opportunity is not enough to “get people working.”
There’s a powerful but false assumption that gets reinforced every day by politicians who presuppose the act of “bringing back our jobs” and “creating new opportunities” will eliminate unemployment. Obviously, more opportunity is never bad, but this idea that opportunity is currently dead in America has to be vigorously debunked. I’ve met with dozens of companies in the last few months who say the lack of a skilled workforce is now their primary concern. This lack of skill – combined in many cases with a lack of will – has lead us to the most recent BLS figures, which indicate the existence of 6 million vacant positions. That’s a stunning statistic, and what it says about our country is fundamentally unflattering.

Beyond the politics (and the math) surrounding a trillion-dollar infrastructure investment, I think we’d be foolish to proceed as though a skilled workforce is standing by to leap into action and fill thousands of pending positions. From what I’m hearing, many of these jobs the president is talking about creating, already exist. If we can’t fill those, how will we fill the new ones?

Whatever the president does regarding infrastructure, one things for sure – something will have to be done that affirmatively challenges the prevailing definition of a “good job.” Shovel-ready jobs only resonate with a county that values skilled labor. Moreover, we have to push back hard against the idea that the most expensive form of education is the best path for the most people. It’s not, and it seems to me the student loan crisis and the infrastructure crisis are not unrelated.