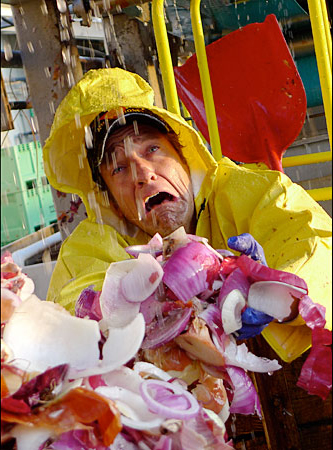 Hey Mike – Please tell me you have insight on the Ann Coulter/Berkeley thing. This is scary.

I can’t help but watch this hot mess unfold and not think about my friend Carol. Carol has a six-year old named Simon and a Nanny named Juana. Carol told me a story a few years ago. She asked Juana to run out to the Target with Simon to pick up some odds and ends. Juana made a face, and Carol asked what the problem was.

“Nothing, said Juana. “It’s just that Simon always has a meltdown at the Target.”

“Why?” said Carol. “He never has a meltdown with me. What happens?”

“Well, when Simon sees something he wants, he just has to have it.”

“What do you do?” asked Carol.

“Well,” said Juana, “I always say no. But then he starts to scream and roll around on the floor, and everybody stares at me like I’m being a bad Nanny. So I buy the thing for him. It’s easier.”

When Carol told me the story weeks later, she laughed and said, “I was relieved. For a while there, I thought my kid was misbehaved. But really, he was just well-trained, and very smart. He knew exactly how to control his Nanny.”

Berkeley is being played like a cheap fiddle – except this fiddle isn’t cheap. Taxpayers and parents are spending hundreds of millions of dollars, sending kids to universities and colleges that seem determined to reward the loudest tantrum. If I were a parent with a kid a Berkeley, or an alum, I’d be embarrassed and furious. Forget politics. Forget conservative vs. liberal. Sure, Ann Coulter is controversial. But even those who disagree with her politics – Bill Maher, Chris Matthews, and Margaret Carlson – they support her right to speak. Even Elizabeth Warren, to some extent, has come out in support of Ann. “Let her speak,” she said. “And then ignore her.”

Liz and I don’t agree on much, but she’s right on this. We can’t give in to threats of violence. It’s cowardly. And very, very dangerous.

I tend to look at these things from a marketing point of view, and for Berkeley and Higher Education in general, this is an absolute PR nightmare. At what point do parents start to think twice before sending their kids to schools where the loudest tantrum gets the biggest reaction? At what point to taxpayers say enough – no more federal money for schools that won’t protect the Bill of Rights?

We’re watching a once great university destroy the most valuable thing it has – its reputation. Not only by turning their backs on the fundamental principles of liberty, but on common sense itself. Honestly, if Berkeley had any sense, they’d hire Carol. Hopefully before these kids have a beef with the cafeteria food, and occupy Chipotle…