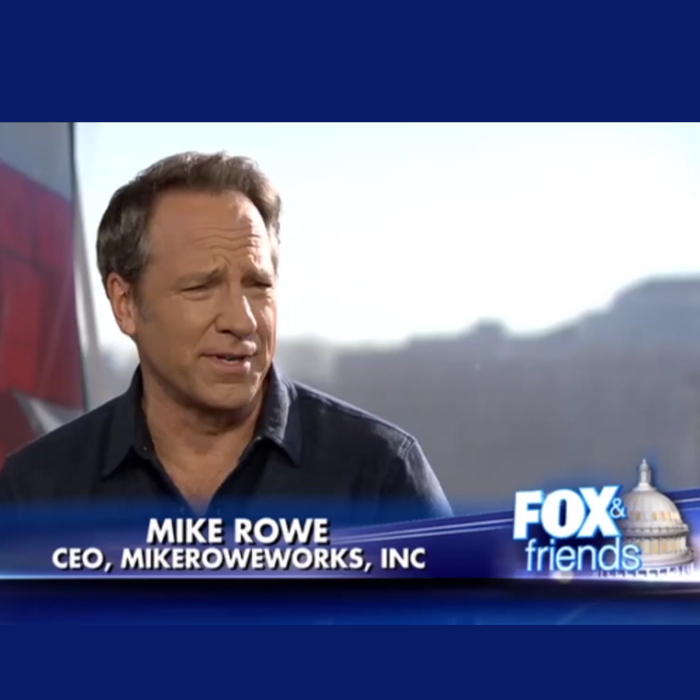 When the people at Fox and Friends heard I was testifying on The Hill yesterday, they immediately invited me on to discuss my agenda, which now makes us friends. Here’s a quick clip from the interview, which makes me sound reasonably cogent.  (Later, I’ll post the “After the Show Interview,” which makes me sound reasonably drunk.) As for the experience of testifying, it was pretty much as expected, with one surprise – The Chairman cut me off in the middle of my comments.

My only defense is to plead prior experience. When I testified before other sub-committees in 2011 and 2013, I was very careful to adhere to the five-minute limit – even though all the other witnesses talked for twice that time. So I figured “five minutes” was really just code for “eight to ten.” I was mistaken, and now, the whole world will get to see me silenced in The Rayburn Building “for talking too much.” My mother, and no doubt many of you, will never let me live it down…

But here’s the bigger news – in spite of my…abbreviated comments, word spread quickly. Yesterday’s post – the one that featured an old copy of the letter I sent to President Obama and updated for President Trump – has reached well over 5 million people. And I’m happy to say that a number of large companies have already responded to my call for the formation of a consortium of individuals and corporations committed to closing our country’s ever-widening skills gap. I can also tell you that any post on this page that gets over 20,000 shares and 6,000 comments is not insignificant. Clearly, people care about this issue.

So – for those of you with eight minutes to kill, and a burning desire to enjoy the entirety of comments – here you go. (Bonus points to anyone who can read it out loud in 5 minutes of less.) I’ll keep you posted as events unfold. And I’m pretty sure Tucker Carlson interviewed me yesterday for a segment on tonight’s show, though I have no clear recollection of what I said.

Mike Rowe’s Slightly Longer Than Five Minute Testimony to The Committee on Education and The Workforce
February 28th, 2017

Back in 2011, The Transportation and Commerce Committee invited me to share my thoughts on how to close America’s widening skills gap. So I came to this building to talk about a critical part of the solution most often overlooked by politicians and educators – the pressing need for better PR.

I talked specifically about the stigmas and stereotypes that dissuade millions of people from exploring thousands of genuine opportunities in the skilled trades, and the urgent need to challenge those misconceptions. I pointed out that President Obama’s promise of 3 million shovel ready jobs sounded great, but I worried that filling those jobs would be challenging – especially in a country where fewer and fewer people aspired to pick up a shovel. I concluded by telling The Committee that millions of open positions will remain unfilled, until society changes its opinion on the definition of a “good job,” and then I invited those present to join me in a larger effort to do that very thing.

Shortly after my testimony to The Committee, the skills gap closed, unemployment plummeted, and America got back to work.

Shortly after my testimony, the skills gap widened. Unemployment grew. And society continued to ignore thousands of opportunities that comprise a critical part of our workforce.

A few years later, I was invited back to The Hill to address the Natural Resources Committee, and talk more about the causes of our widening skills gap. This time, I focused on the unintended consequences of promoting a four-year degree as the best path for the most people. There was a time when higher education needed a PR Campaign, and it got one. Unfortunately, the push for four-year institutions came at the expense of community colleges, trades schools, and apprenticeship programs. Thus, every other educational opportunity began to feel subordinate. Also – the overall push for college coincided with an overall removal of vocational arts from high schools across the country, and the effects of this one two punch laid the foundation not just for a widening skills gap, but for a level of student debt that’s massive, premature, and completely unnecessary. I testified that tuition had soared, in part, because thousands of well-intended parents and guidance counselors were telling millions of kids – irrespective of their individual skills – that their best hope of success was the most expensive path available. The pressure on kids to borrow money was enormous. And so they did. Consequently, college tuition rose faster than the cost of food, energy, real estate, and healthcare.

I also shared some personal stories with the Committee, including a run-in with my own guidance counselor 35 years earlier. In 1980, Mr. Dunbar did everything in his power to dissuade me from attending a local community college. I was told outright that a two-year school was “beneath my potential.” But a four-year school would have been a huge mistake at that point in my life. I was seventeen years old. I had no money, and no idea what I wanted to do. The local community college offered hundreds of courses in my price range, so that’s where I went, and that experience opened doors I didn’t even know existed. But that same experience is precisely what thousands of kids are discouraged from pursuing every year.

I told the Committee that this “cookie-cutter” approach to promoting higher education has led to thousands of graduates with expensive degrees from excellent schools, but no prospects in their chosen field, and no way to pay off their student loans. With the universal push for a four-year degree more intense than ever, I argued that our skills gap is the direct result of a mistaken belief that the best path for the most people is a four-year degree. I concluded with another appeal to aggressively confront the stigmas and stereotypes that discourage people from entering the trades, along with a challenge to guidance counsellors to present a more balanced presentation of educational alternatives beyond high school.

After my testimony in 2013, the skills gap closed, public education reembraced the vocational arts, college tuition returned to affordable levels, and America finally got back to work.

Shortly after my testimony, the skills gap got even wider, tuition got even more expensive, and guidance counselors continued to use a career in the trades as a “cautionary tale” for those who resisted a four-year degree. Now, the situation has devolved even further, and my own mother concluded that I’m part of the problem. “The more you testify,” she said, “the worse things get.” She may be right.

Today, the skills gap is wider than it’s ever been – 5.6 million jobs, according to The BLS. Vocational education is still missing from an overwhelming majority of high schools. Bills like the one before this committee still meet resistance, in part, because millions of Americans still view a career in the trades as some kind of “vocational consolation prize.” It’s a bias as misguided as any other prejudice with us today, and it poses a clear and present danger to our country’s overall economic security. The student-loan bubble is going to burst, as bubbles always do. Currently, the outstanding debt is 1.3 trillion dollars. And yet, we continue to lend money we don’t have to kids who can’t pay it back, educating them for jobs that no longer exist – while ignoring careers that do. In Springfield, Massachusetts, there are tens of thousands of manufacturing jobs available, yet the unemployment rate in Springfield is just as high as it is in the rest of the state. The mismatch between available skilled jobs and the unemployed local population is enormous. And it’s happening everywhere.

And so, at the risk of making things worse, I’ve come here to address The House Committee on Education and the Workforce. Alas, I have nothing new to tell you. But I do think a few points bear repeating – especially if our new President is serious about spending a trillion dollars on infrastructure. As I told his predecessor shortly after his first inauguration, we simply do not have a trained workforce standing by to fill the positions that currently exist. And we certainly aren’t prepared to fill the new positions a trillion dollars of infrastructure spending will surely create.

Last week, President Trump met with a number of manufacturing CEO’s, and talked about his commitment to “bring jobs back to America.” I was relieved to hear several of the CEO’s tell the President that their most immediate concern was not a lack of jobs, but a lack of skilled workers. The President seemed surprised to hear this. Many people are. There’s a powerful and logical assumption that unemployment can be remedied with more opportunity. But the skills gap proves that opportunity is not enough to get people working. And while more and better training is certainly part of the solution, that’s not enough either. Because underneath the lack of skill, is an undeniable lack of will. A lack of enthusiasm. When we took shop class out of high school, we sent an unmistakable message to an entire generation of students. We told them – no, we showed them – that a whole category of jobs was simply not desirable. Is it any wonder, those are the very jobs that go begging today?

The skills gap will never close until that perception is corrected, and the cost of college will never come down, if we keep telling people a four-year degree is their only hope of being successful. We need an educational system that re-embraces and reaffirms the importance of the vocational arts. It’s simple. If we want to make America great again, we have to make work cool again. We have to support bills like this one, as well as organizations and programs that try to close the skills gap in their own way.

A few nights ago in Baltimore, my foundation, with the help of Koch Industries, Stanley Black and Decker, and several other like-minded companies, sponsored a fundraiser for Project Jumpstart – a pre-apprenticeship program that trains inner city residents for a career in the construction trades. Please ask me about this program. It’s success rate is unprecedented, and it could very easily serve as model for workforce development around the country. I also work extensively with Skills USA – an incredible organization of 300,000 kids. Imagine if the Boy Scouts and The Girl Scouts got together, with a laser-focus focus on training the next generation of skilled tradesmen. Please – ask me about them as well. Their work is both instructive and invaluable. Skills USA and Project Jumpstart are unknown to most people, and that’s a shame, because they’re filling in some of the blanks created by the vanishing of vocational education. But they can’t do it all.

As long as I’m here, I’m going to challenge more individuals and companies to help me call attention to opportunities that already exist, and challenge the prevailing definition of a “good job” in whatever way we can. Because ultimately, our crumbling infrastructure, our widening skills gap, the disappearance of vocational education, and the stratospheric rise in college tuition – these issues are not problems – these are the symptoms of what we value. And right now, we have to reconnect the average American with the value of a skilled workforce. Only then, will the next generation aspire to do the work at hand.

If I can be of use in that effort, my foundation and I are at your disposal.