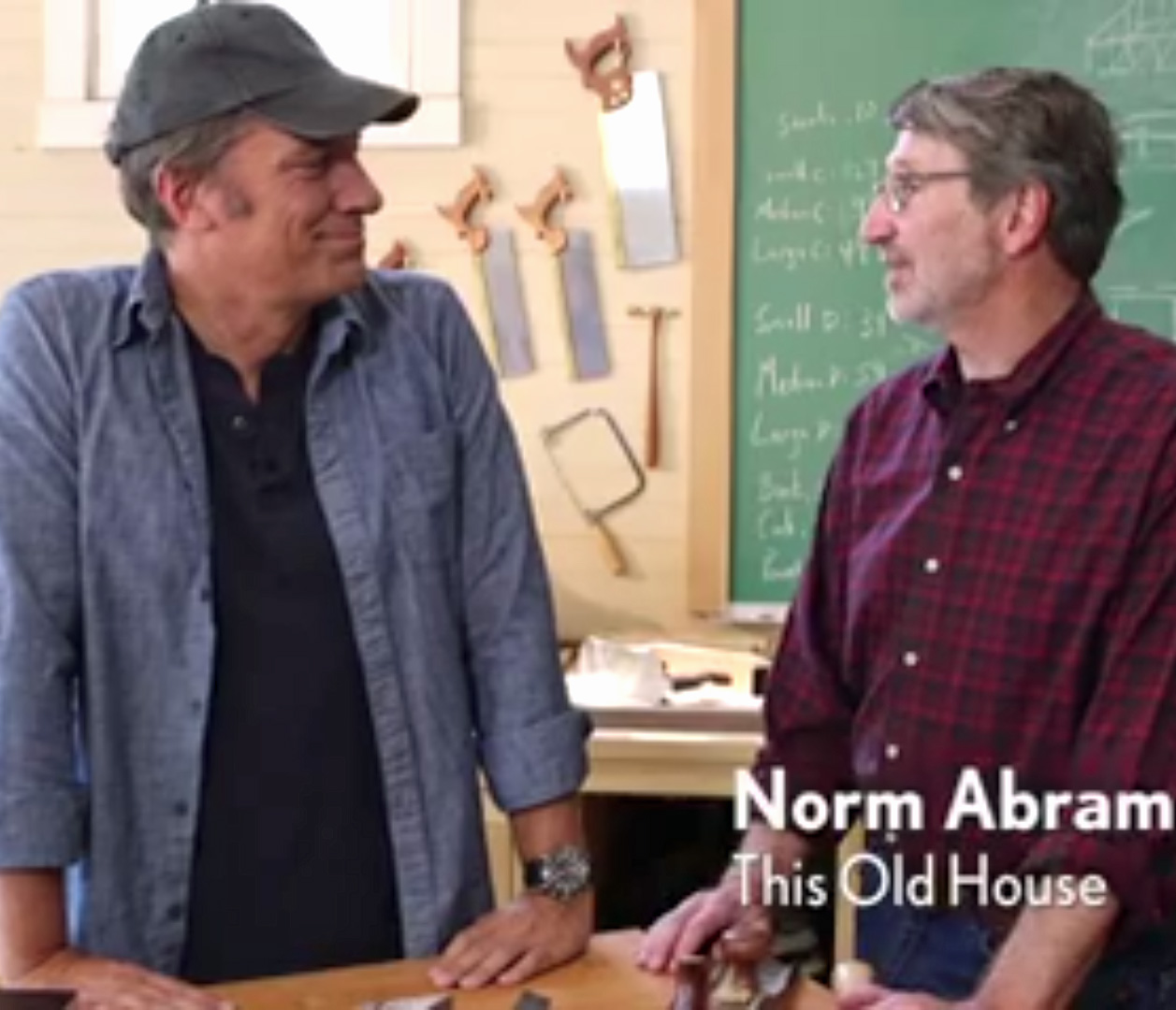 When I was a kid, my grandfather and I used to watch This Old House. I loved it, partly because I liked seeing how stuff got made, but mostly because my Pop would always tell me what Bob Vila was going to do a few seconds before he did it.

Pop was an electrician by trade, but I always thought he was a magician. The man could fix anything. He could install your plumbing, overhaul your engines, or build your house without a blueprint. My earliest memories are of he and my Dad venturing out into the world to fix a problem. They left the house clean, came home dirty, and the problem was always solved. Pop only made it to the seventh grade, but he was smarter by far than most educated people I know, and mechanically gifted in ways I continue to envy.

My foundation, mikeroweWORKS, was inspired by my granddad, and Dirty Jobs was really just an attempt to replicate the apprentice/master relationship between he and my dad. I’d like to think that This Old House might NOT have been his favorite reality show, had he lived long enough to see Dirty Jobs, but alas, that was not to be. So I’ve always had a soft spot for This Old House, and today, I’m very excited to tell you that the producers of this most unusual show – now in its 37th season – have partnered with mikeroweWORKS to help close the skills gap.

The official press release is here. Check it out. I’ve also attached one of several short videos announcing our partnership. Give it a look, and join me in thanking Norm Abram for his kind support. In just a few weeks, they’ve already helped raise half a million dollars from their incredibly generous sponsors. That money is going straight to our scholarship fund.

In the coming year, the producers of This Old House are going to renovate a home over the course of the season, just as they always do. But this time, they’re going to sell the home, and contribute all of the proceeds to The mikeroweWORKS Foundation. It’s an extraordinary vote of confidence, and I can’t tell you how gratified and humbled I am to have their trust and partnership.

On this Thanksgiving, I want to say how thankful I am for this association, and how much I’m looking forward to playing a small role in helping train the next generation of tradesmen, on whose talent, skill, and intelligence we all depend. Hopefully, Pop will be watching from on high, and telling his friends what happens next, moments before it does…