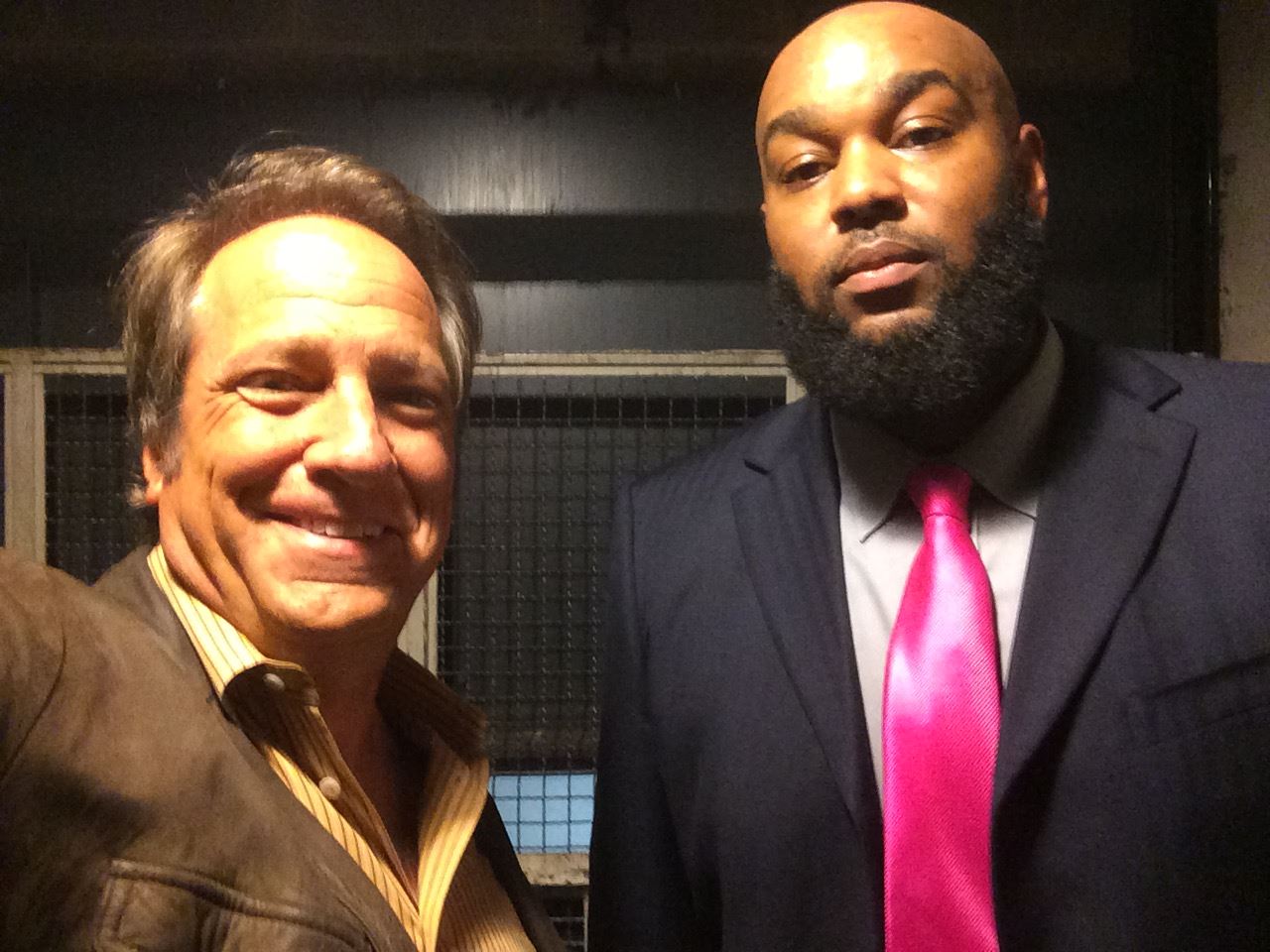 Sam’s been my security detail for the last few days down here in Nashville. He’s about 6’8”, maybe 300 pounds. There doesn’t appear to be any fat on him.

Sam moves well for a big man. He glides along with an economy of effort, and has a way of making you forget he’s even there. A pretty neat trick, for a guy who can block out the sun.

Sam is always watching, always listening, always anticipating what’s next. He didn’t say much when we met. In fact, he didn’t say much when we said goodbye, either. I tried to get some war stories out of him, because he clearly has a few, but it soon became clear Sam didn’t discuss the details of his work, or the identities of the many celebrities and politicians who request him specifically. But a few seconds before I walked onstage, Sam glided over and said, “Mr. Rowe, I hope you don’t mind me saying this, but I feel the need to share something with you.”

“Sure, Sam. What is it?” Sam looked over his shoulder, then leaned down and said, “I just want you to know that I really love my job.”

I looked up at the big man and smiled. “I can tell, I said. I can also tell you’re good at it.”

On stage, a man was introducing me to the crowd, chronicling a few of the more questionable moments from my dubious resume. Sam chuckled, as the man described my post-graduate work in the sewers of San Francisco.

“I’ve done a lot of things,” Sam said. “But I didn’t know how I much I loved protecting people until I learned how to do it. In other words, I didn’t follow my passion; I brought it with me. I just wanted you to know that.”

As Sam faded back into the shadows, the announcer called my name, Steely Dan played “Dirty Work,” and I walked onstage, deeply flattered by a big man who loves his job.