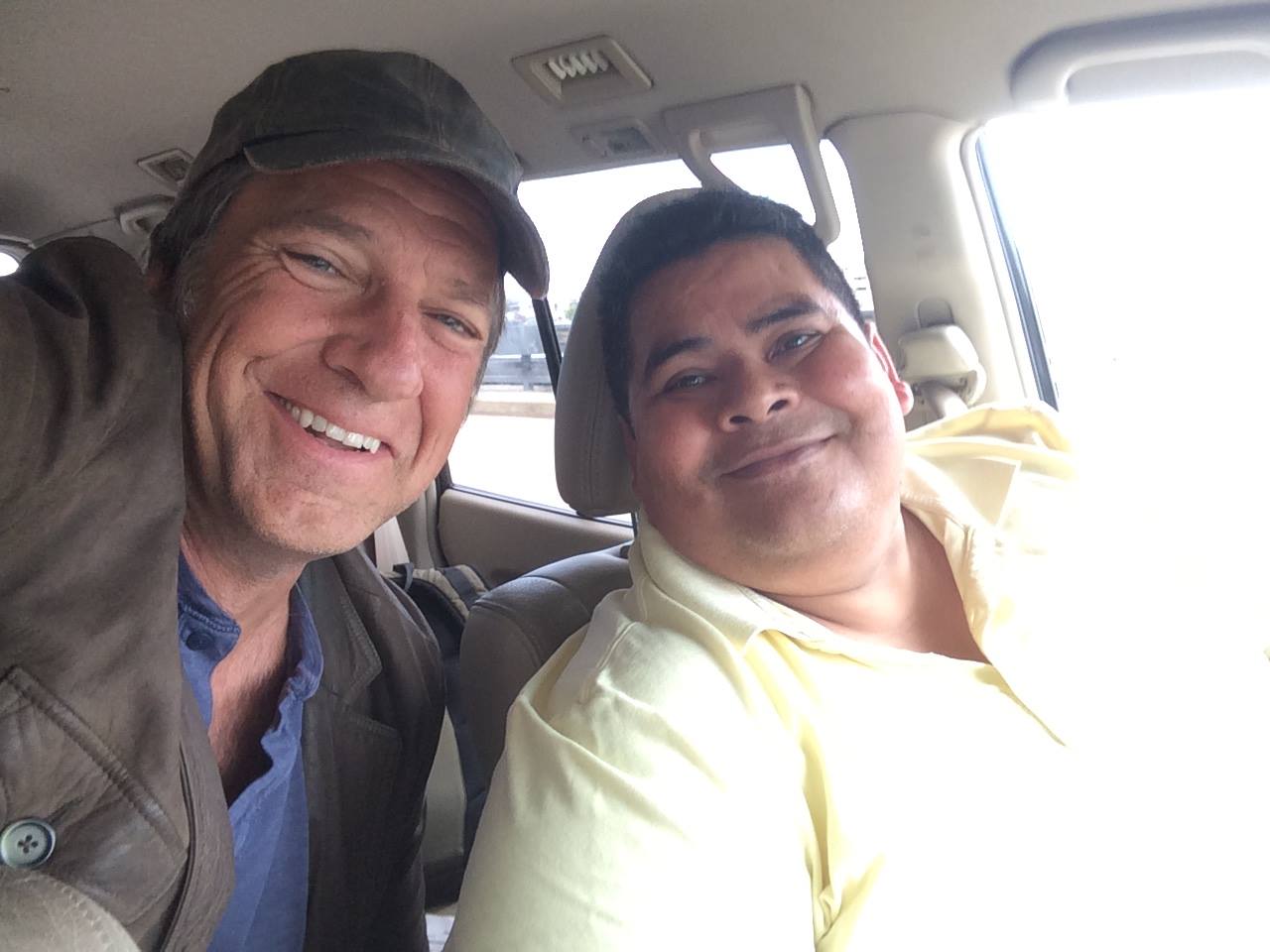 Angel Mendoza joined the army when he was fifteen years old. Didn’t have much of a choice, really. Back in 1981, most young men in El Salvador were fighting for the government or the Sandinistas. Angel chose the government, and proved himself useful with an M-16. Around that same time, I was earning merit badges, trying to become an Eagle Scout.

By the time he was twenty, Angel was recruited into The Special Forces. A few years later, he became a commander, and by the time he was twenty-five, Angel had seen many, many terrible things and buried many dear friends. Around that same time, I was dressed up like an Italian nobleman, singing in a production of Rigoletto at The Lyric Opera House.

In 1987, it occurred to Angel that he might have a better shot at living a peaceful life somewhere in these united states. So he made his way to Arizona and hired a lawyer who took his money but did nothing to facilitate his citizenship. He tried again with a different attorney, finally got his green card, and went to work. At some point, he traveled across America to Baltimore – a town I was eager to leave at the time. Angel got a job driving the Super Shuttle at BWI Airport. I got a job in West Chester, PA, selling dubious merchandise in the middle of the night on The QVC Cable Shopping Channel.

When Angel got his commercial driver’s license, he was living just a few miles from where I grew up, driving a delivery truck. I was living in five-star hotels, hosting a show called Romantic Escapes. When Angel started driving for Sears, I started hosting a game show called No Relation. And when Angel hung out a shingle and started his own company, I was trying to sell a crazy idea for a TV show called Dirty Jobs. When Angel learned this, he pounded on his steering when with great enthusiasm and said, “I knew it! – Trebajos Sucio! I didn’t recognize you without your hat on!”

These days, Angel drives an Uber around Baltimore in his spare time. He probably didn’t want to haul me all the way to the other side of DC this morning, but he showed up anyway, and for the next ninety minutes we discussed our resumes, our plans for the future, and all the trouble in the world. Along the way, I learned that Angel believes the United States should secure her borders, and Angel learned that I believe – after last nights debate – both candidates could do their country a great service by stepping aside and letting the voters choose between the current vice-presidential picks. Angel agreed that little good could can come to a country when the entire election comes down to who is less despicable to the other side. In this regard, the man has some experience.

We arrived at Dulles forty-five minutes before my flight back to San Francisco, but I lingered for a few minutes as Angel talked about his belief that anything is still possible in a country where hard work and fair play are still rewarded. It’s instructive to hear such a sentiment when it doesn’t sound like a lecture, especially from a man who fought a civil war, lost friends and family, and risked everything to come here and play by the rules.

I sprinted to security, where my belt set off the alarm, and then my shoes. Damned annoying, since I was running late and neither shoes nor belt has ever caused an issue before. After talking with Angel though, it was tough to feel put-upon, and when I arrived at the gate seconds before they closed the door, it was impossible not to feel grateful – even as I wondered how many others were leaving their home, only to fly towards another.