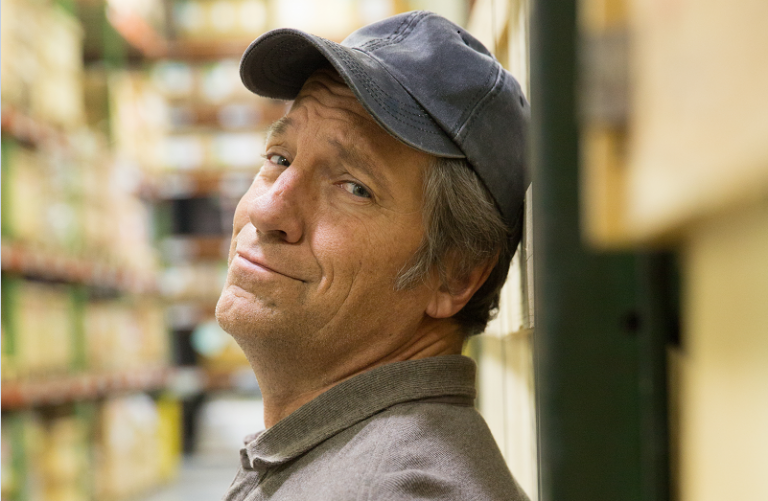 Recently Sam Becker interviewed Mike about his new podcast, “The Way I Heard It” and the importance of the skilled trades.

Mike Rowe is one of the most interesting guys you’ll ever meet. Though he’s now famous for being a TV personality, his younger years were spent growing up in the woods outside of Baltimore. A life he describes as closer to “Huckleberry Finn” than that of any TV star. But those days are long gone. Now, with several years and several projects behind him in the entertainment world, Rowe is using his celebrity and blue-collar work ethic for other reasons.

Rowe is the iconic voice behind shows like The Ultimate Fighter, Deadliest Catch, and others, but is most well known for his TV work portraying some of the toughest jobs in America. On shows like Dirty Jobs and Somebody’s Gotta Do It, Rowe (and his crew) climbs through sewers, wrangles snakes, and even tests shark suits — all in the pursuit of bringing attention to America’s working class heroes. It’s pretty damn entertaining, too.

He’s also dedicated significant amounts of time and resources to helping Americans find their way into, or back into, the workforce. He runs a foundation dedicated to helping people find and train for jobs and is passionate about making sure people know there are plenty of good jobs out there — you just need to be willing to look.

And roll up your sleeves.
Mike Rowe, a primer

For those who are unfamiliar with Rowe, he is the former host of the extremely popular TV show Dirty Jobs, which aired on the Discovery Channel for many years. Currently, he hosts Somebody’s Gotta Do It, which airs on CNN. He has also worked with Ford, American Airlines, and QVC throughout his career — if you’d like to hear more about it, we suggest you listen to his discussion with Tim Ferriss in which he covers most of the bases.

Rowe also recently launched his new short-form podcast, The Way I Heard It, which is blazing its way up the iTunes charts.

Rowe talked with The Cheat Sheet about his podcast, the importance of blue-collar jobs, and how to save yourself from becoming unemployed as we face an increasingly automated world.

The Cheat Sheet: You were born and raised in Baltimore. How did growing up there shape you into the Mike Rowe we know and love today?

Mike Rowe: I go to Baltimore at least once every six weeks — my parents are there, and my friends are there. I still think of it as, not just the place that I’m from, but an actual place that matters. I’m still connected to it. But I grew up in “the county” (Baltimore County). My granddad had a farmhouse in the county many years ago, and Interstate 95 was destined to run through it. So, the state allowed him to move to wherever he wished. He chose a hilltop in the County, surrounded by woods and a stream.

He was brilliant in this way, my granddad — he only went to school through the 7th grade, but he was an electrician, a plumber, a welder, and a mechanic. All licensed and certified by the time he was 30. He was kind of a mechanical genius. He identified a piece of property, moved his house to it, built his house next to it, where I grew up, and essentially had the whole thing confined in about 100 acres of densely wooded area.

So, for the first 12 years of my life, I basically thought I was Huck Finn. I grew up very sheltered, in that sense. I went to a public school that I could ride a horse to, and I had no sense at all that I was two and a half miles from the city line. It was a very cool way to grow up.