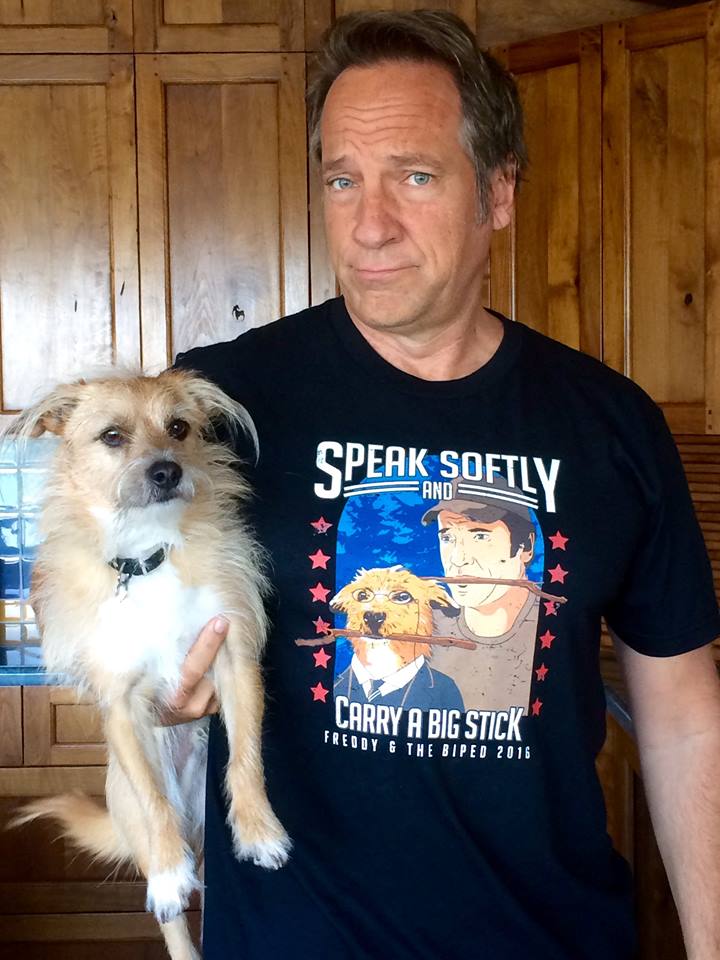 Earlier today, while flicking around the smoldering landscape of cable television, I happened across CNN just in time to learn that someone had nominated me to serve as Donald Trump’s Vice President. Naturally, I was surprised by the suggestion, as was my mother, who called moments ago demanding confirmation. I reminded her that I’m ineligible to accept any such nomination, since I’ve already pledged to run alongside Freddy, who I still believe to be the most qualified dog in the hunt.

As many of you know, “Freddy and The Biped” are running as independents. We announced our candidacy a few months ago on a collectible tee-shirt, which did very little to advance our standing in the polls, but raised a nice chunk of change for the mikeroweWORKS Foundation before selling out and leaving much of the electorate frustrated. Which is why I’m pleased to announce a follow-up tee-shirt to raise additional funds for our Work Ethic Scholarship initiative. Get yours here.

As you can see, the latest campaign tee-shirt features the enduring wisdom of Teddy Roosevelt – Speak Softly and Carry a Big Stick. Clearly, none of the current candidates ha 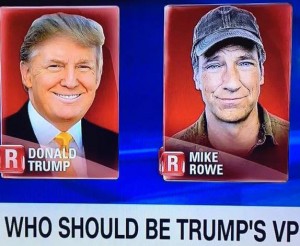 ve embraced this sentiment, which is why I believe it’s an ideal bromide to resurrect in these tumultuous times. The shirts come in all the normal sizes, (as well as few abnormal,) and work nicely as pajamas or social satire. Additionally, a hoodie is available for those of you in cooler climes. Regardless, the proceeds go to a good cause. Currently, mikeroweWORKS has $400,000 earmarked for people who wish to get themselves trained for skilled jobs that actually exist. We’d like to have more.

So – if you’d like to apply for a work ethic scholarship, go here.  If not, just buy a shirt, and vote your conscience.