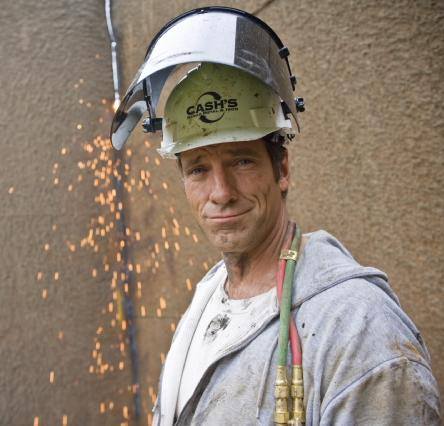 Liz Lane writes…
“Rubio gave a nice shout out to welders on the debate last night (that may or may not have made Socrates roll over in his grave). We all know you support welders and their hard work, but should we go so far as to say, “We need more welders and less philosophers?”

There’s an article on Vox that “debunks” Rubio’s claim.

Here’s another from CBS that “fact-checks” his statement.

Based on these “revelations,” Rubio’s assertion that “welders make more than philosophers” is being dismissed out of hand.

Interestingly, no one has pointed out that last year, philosophers earned a combined total 1.6 billion dollars, whereas welders earned a combined total of $34 billion. Nor have I heard anyone explore the differences between mean wage vs. median wage, and the vastly different number such a calculation would yield, given the disparate size of each group, and the impact of high-earning outliers, particularly among the philosopher cohort. I suppose I could do all that here, but really, what’s the point? Numbers can always be twisted and turned to make whatever case the speaker wishes to drive home.

Personally, I’m convinced that more and greater opportunity exits in welding than philosophy. But I would not encourage one at the expense of another. That’s precisely how we’ve wound up with a workforce that’s both over-educated and under-trained. Never mind obscenely indebted. Also – it’s dangerous to conclude that one profession is superior to another simply because it pays more. Those kind of generalizations are fun but meaningless.

Having said that, I’m glad Rubio said what he said, because I know for a fact that employers are clamoring for welders. And I also know with certainty that a talented welder who is willing to go where the work is has an excellent chance to earn a six-figure salary. I have no idea if the same is true for a philosophy major, but I can assure you of this: an excellent welding program will cost a lot less than a Philosophy Degree from an excellent university. I can also tell you that the classified section of today’s paper is conspicuously void of openings for “Experienced Philosophers.” “Experienced Welders” on the other hand, appear to be in high demand everywhere.

Anyway Liz, to answer your question, I don’t think we need fewer philosophers – I think we need more philosophers who can weld. Or better yet, more welders who can philosophize. Welding and Philosophy are not opposites – they’re two sides of the same coin. Likewise blue and white collar. Labor and Capitol. Employer and Employee.

There’s nothing magical about learning a skill or earning a degree. What matters most is the same stuff that’s always mattered. A willingness to work hard, to master a skill that’s in demand, and to go where the demand is. Work is not about the color of collars, or the relative size of the paycheck. It’s about pursuing opportunities where they exist, and creating them where they don’t.