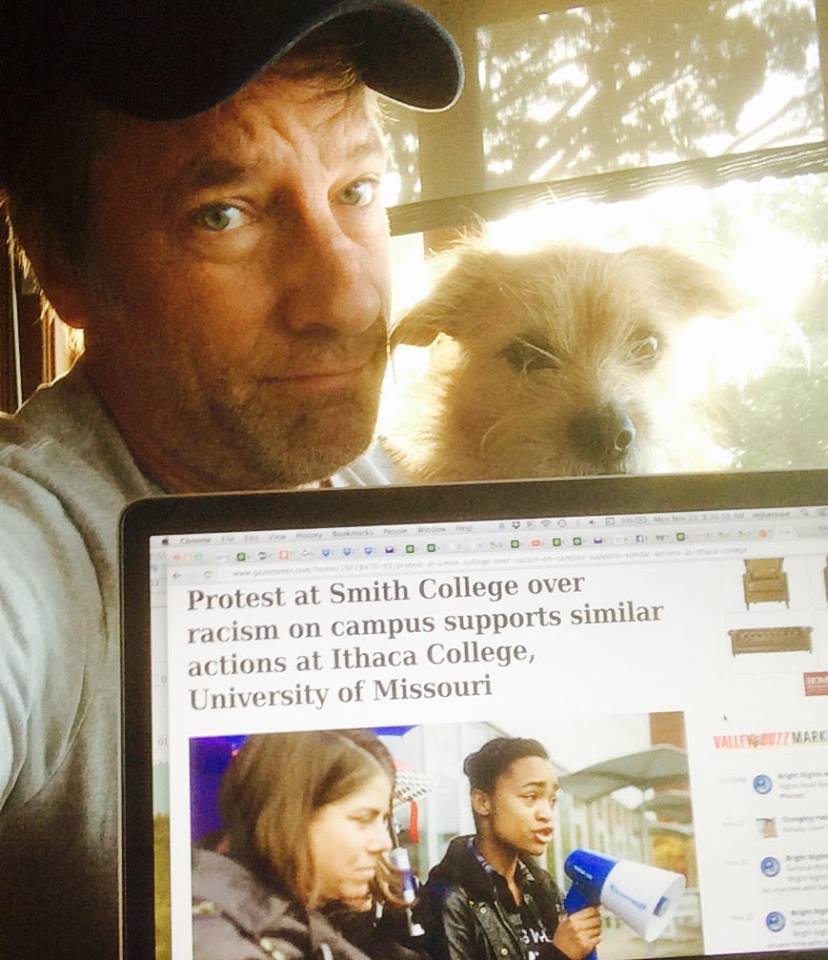 Any thoughts on the madness at Mizzou? Is there any hope for the youth of today?

There’s always hope, and I’ll prove it in a moment. But first, let me agree – it’s madness to demand free speech, even as we demand silence from those who say things we don’t agree with. This kind of hypocrisy is unique to phonies and bullies everywhere, and while it’s disturbing to see it unfold at colleges and universities, it’s not uncommon, and certainly not unprecedented. However, this business at Smith is worse than Mizzou, and worth talking about.

In a nutshell, students at Smith College are barring journalists from covering their activities unless said journalists first pledge their loyalty to “the cause.” The administration appears to be supportive.

Like you Fran, many people are wondering why anyone would pay $60,000 in annual tuition to an institution with so little regard for the First Amendment. Others have wondered aloud why we should tolerate this level of dissimulation in our institutions of higher learning. The answer is easy – because we must. This is the great paradox of our democracy. In order to honor the flag, we must be free to burn it. Likewise, the freedom to educate our kids the best way we can must be accompanied by the freedom to brainwash them in the worst way possible. But of course, that doesn’t mean we should all have to pay for the brainwashing in question. That’s gotta stop, pronto.

This morning, Freddy sat down to gently remind his Fellow Americans that the 1.3 trillion dollars in outstanding student loans is money that belongs to us. We The People have made unlimited funds available to those who wish to attend college, because we’ve determined that college is a worthy social investment. But we seem to have forgotten that making unlimited amounts of money available to unlimited numbers of students has enabled universities to charge unlimited amounts of tuition. It’s also created an expectation among students that a job in their field of study will be waiting in their preferred zip code upon graduation. Shockingly, this hasn’t happened, and now, along with ultimatums for “friendly reportage,” the noisiest members of The Class of 2016 are demanding total debt forgiveness, a $15 minimum wage, and the immediate dismissal of those professors or administrators who dare to disagree. To your point Fran, it’s enough to make the casual observer weep for the future.

Happily, just before Freddy was about to explode in a fit of sanctimonious paw-wagging, this letter came across the transom. It’s contents are self-explanatory, and reading it reminded me that the Millennial Meltdown at Smith and Ithica and Mizzou does NOT represent the entirety of today’s students. Far from it. There are other students out there – many others – who deserve a different headline. Students like Evan…

When Evan was 13, he shared his goals for his future with his dad & me. He told us when he graduated high school, he was going to the Universal Technical Institute to become a Diesel Technician. He informed us that one of the best diesel programs was at the UTI campus in Exton, PA.

It was evident when Evan was very young that he was logical and mechanically inclined. However when he started school, it didn’t take long to see he had difficulty with reading comprehension. Eventually, he was diagnosed with dyslexia. Evan received a lot of ridicule & harassment that would have broken the spirit of most kids, but it seemed to make him even more determined. He graduated high school May 2014, and started UTI in August, 2014.

Evan heard about the Mike Rowe Works Scholarship, but there were issues with PA regulations & he was told PA students were therefor not eligible. At the last minute though, those restrictions were lifted. Evan applied for your Work Ethic Scholarships, and received one at the last minute.

At UTI, Evan completed the diesel program, and then entered the Cummins program. Students in this program have to maintain a high GPA, have excellent attendance, interview & test to get in. On September 25, 2015, Evan graduated with a 3.84 GPA, Perfect Attendance, and “Student of the Course” award. But here’s the best part of his story.

Evan had applied to 3 companies in Savannah, GA, all of whom competed for his attention with multiple offers. It was a difficult choice, but what an incredible dilemma for a 20 year old to have. He made his decision, moved to Savannah, and started work at Cummins Power South, a mere three weeks after graduation. He was offered an incredible salary, benefits, vacation & incentives. He is living his dream & is still so humble.

Thank you Mike, for being an advocate for those who want to work hard & don’t mind getting a little dirty. Evan is a great testimonial & I am very proud of him. If you find yourself in Savannah, please look him up. He would love to tell you “Thank you” face to face & to shake your hand.

You and Evan are most welcome. Stories like this are very gratifying, and I hope you don’t mind me sharing it with three million friends. Truth is though, the money that your son received was raised through the sale of various and sundry items that benefit the foundation, so any gratitude directed to me deserves to be spread around. Please give Evan my regards. And if you wouldn’t mind, please share this link.

(If you haven’t heard, my dog is running for office, and these shirts are going to subsidize lots more scholarships like the one Evan received.)

Thanks, and Happy Thanksgiving.
Mike