The schedule for Somebody’s Gotta Do It has been changed, and while I did in fact get the memo, it appears to have gone unread – like most of the memos I receive.

The episode I described in a post earlier today, doesn’t actually air until November 1st. Tonight’s episode, while no less fascinating or geographically diverse, does NOT concern itself with giant trees, magical flying boots, or breakthroughs in the mortuary business. Tonight’s episode is all about a woman in Texas obsessed with saving prairie dogs, a man in LA preoccupied with socially 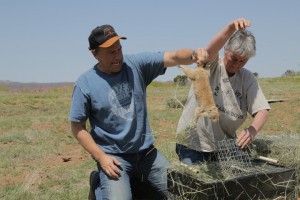 conscious graffiti, and another man in Chicago who paints clothes on naked women for reasons that include commerce, artistry, non-traditional marketing, and of course, the pure joy of finger-painting on a canvas that was already beautiful before the “work” began. 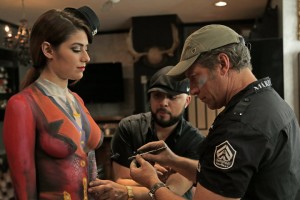 Indeed, the only thing about my previous post that was accurate was that an all new and better-than-average episode of Somebody’s Gotta Do It airs tonight at 10PM/ET on CNN. And, I’d be much obliged if you’d watch. Beyond that, I was about as wrong as a fella can be.

Details were never my thing.