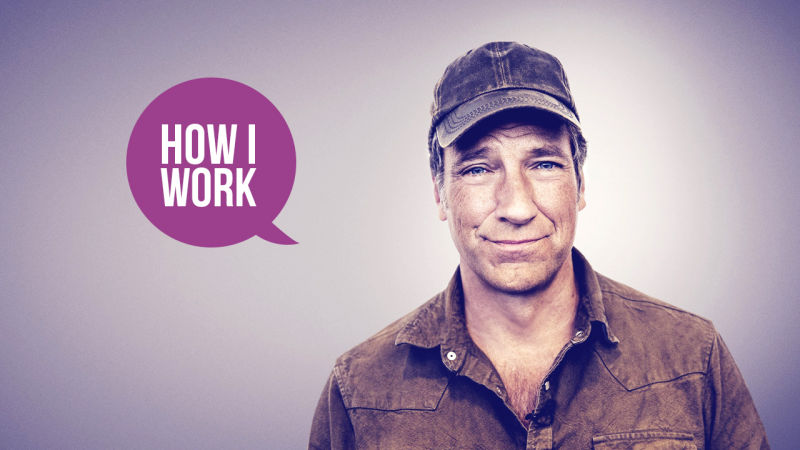 For years Mike Rowe has been traveling across the country to meet people whose laborious, often thankless work keeps the world moving forward. And across different shows and different television networks, what has remained consistent is Mike’s sincere curiosity and willingness to learn.

Mike is currently the host of Somebody’s Gotta Do It on CNN, which focuses less on the dirty and more on the unexpected, surprising jobs—from repopulating oysters in Chesapeake Bay to running monster truck rallies—that require unique, passionate individuals. We had a conversation with Mike to learn how he goes about his own work of exploring, in his own words, “real people who do real things.”

Somebody’s Gotta Do It is returning to CNN this weekend for its third season, on September 27 at 10PM ET/PT.

When you’re not traveling you’re based out of San Francisco, is that right?

Yeah, that’s where the mail comes, for the last 15 years. I started in Baltimore, and a lot of places in between, you know. You go where the work is.

If you had to choose one word to describe how you work, what would it be? Or a phrase.

I would say “with great respect to curiosity.”

Are you an iPhone person or Android person, or what? What kind of phone do you use?

I’m a late adapter, in most things, but at the moment I’m still enjoying my iPhone 5. But I’m told the 6s is waiting—with enhanced resolution, a better camera, etcetera etcetera.