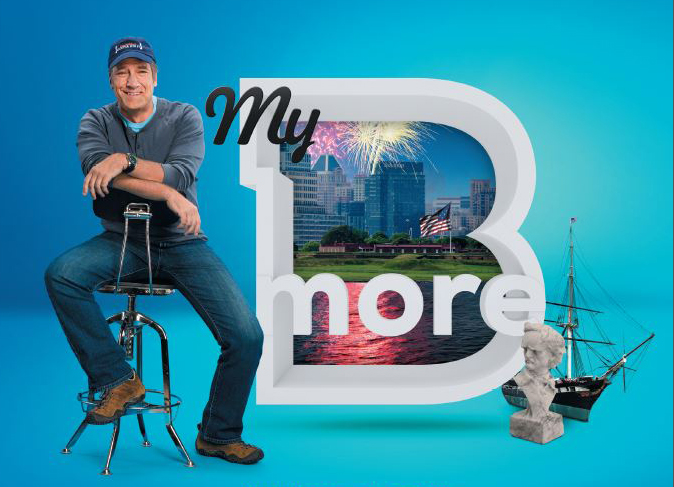 Baltimore’s image — badly tarnished in the past few weeks by the death of 25-year-old Freddie Gray after his arrest by Baltimore police and the subsequent outbreak of violence — is about to get a much-needed boost of charm.

The Baltimore-born television host Mike Rowe is setting this week’s episode of his show, “Somebody’s Gotta Do It,”  in his hometown. The episode, titled “Highway Boulder Crew,” airs at 9 p.m. Thursday on CNN.

According to the show’s promo, “Mike tries his hand at water ballet, learns rock climbing and repelling in a day and raises a super-sized flag.”

Read the complete article at baltimoresun.com.

Watch Mike help the California Highway Boulder Crew, learn about Fort McHenry, and see him in a Speedo doing Water Ballet in the May 7th episode of Somebody’s Gotta Do It on CNN.