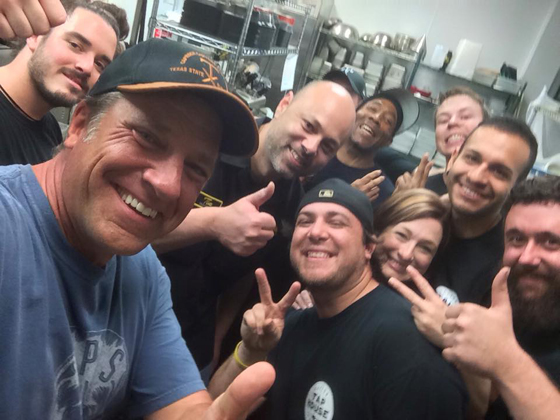 A quick word if I may, in defense of hospitality, customer service, and hope for the species.

Last night, after a four-hour drive from Quitaque to Abilene, the crew and I were equal parts ravenous and exhausted. By the time we checked in to another Holiday Inn, the only place in town still open was The Taylor County Taphouse. According to Yelp, they serve dinner till midnight all week long. In reality, The Taylor County Taphouse closes at 10pm on Tuesdays, which made our arrival at approximately 10:15 completely useless and utterly heartbreaking.

The remaining staff was very polite, but told us the kitchen was completely shut down, and gestured to the many chairs behind them, all of which were upside down on the table tops. After confirming zero dining alternatives in the immediate vicinity, they offered to serve us some beer, which was very kind, but I told them our last meal was ten hours and three hundred miles ago, and that I was in fear of my life, as the crew was staring at me in a way that conjured up thoughts of The Donner Party.

So a server named Keith asked us to wait a moment, and found the manager – a guy named Tim – who glanced at my emaciated team and called the owner at home – a guy named Josh – who apparently took pity. Tim reopened the kitchen, and invited us to take a seat at the bar. I went back in the kitchen to express my gratitude, and met the rest of the staff, who had been seconds away from going home after a long shift of their own. Instead, they put their aprons back on, and got busy making our dinner. Two minutes later we were enjoying the aforementioned barley and hops, and twenty minutes after that we were demolishing a delicious meal at the bar. Then, the owner showed up. 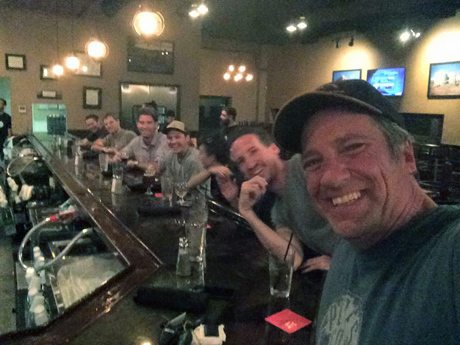 I meet a lot of people in my line of work, and most of them have a story worth telling. Josh Robinson has several. He grew up on a local farm and spent the first part of his life working for his Dad, bringing in the four hundred acres of wheat and praying for rain, just as his folks have been doing since 1941. Then he went off to Texas Tech to study biochemistry.

Naturally, a career in medicine lead to a career in music, which lead to owning and operating a recording studio in Dallas. That got put on hold though when the economy crapped the bed, and left the family farm in a serious bind. So Josh hit the reset button one more time, pulled up stakes, and returned to Abilene three years ago.

His first year back, there was no rain. They lost the entire crop.

Second year, same thing, thanks to a major freeze.

Then his Dad, Leland, broke his hip and things got very dicey. Josh worked round the clock, and happily, the weather finally cooperated. This years crop made it to harvest, but it was a near thing. Josh needed a way to add a little stability to the family business, so he built The Taphouse from the ground up. Why not, right? He mastered Autocad and designed the whole thing himself. He built out the interior with reclaimed wood from surrounding barns, and hired a few dozen people to see if a non-chain restaurant could find a toehold just off the highway. Oh – and just to keep things interesting, he had a baby girl a few months ago.

I’ve always believed that farmers have the hardest job on the planet. With the possible exception of running a restaurant. Josh does both, and a good deal more as well. As I listened to his story, it occurred to me that the most interesting people never seem to know what they’ll do next. All they really know, is how to work, how to lead, how to laugh, and how to keep the lights on. And the successful ones know something else – they understand that to run a business, you’re always open – no matter what the sign says. 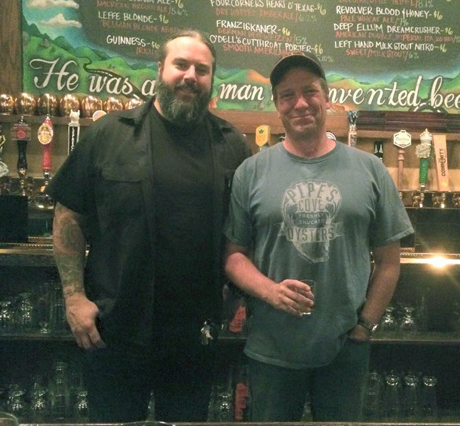 Which is a long way of saying, next time you’re in Abilene, check out The Taylor County Taphouse, and give my regards to the gang.

PS. Speaking of work…mikeroweWORKS has a new round of work ethic scholarships available, and we’re taking applications now. We raised a modest chunk over the holidays, auctioning off all sorts of C.R.A.P., (Collectibles, Rare And Precious.) Consequently, we’ve got about $400,000 to assist those willing to learn a skill that’s actually in demand. Details are here.  And look for the perpetual telethon to resume very shortly, with another batch talking Bobbleheads, made in the USA and looking suspiciously like your humble host. Stay tuned…