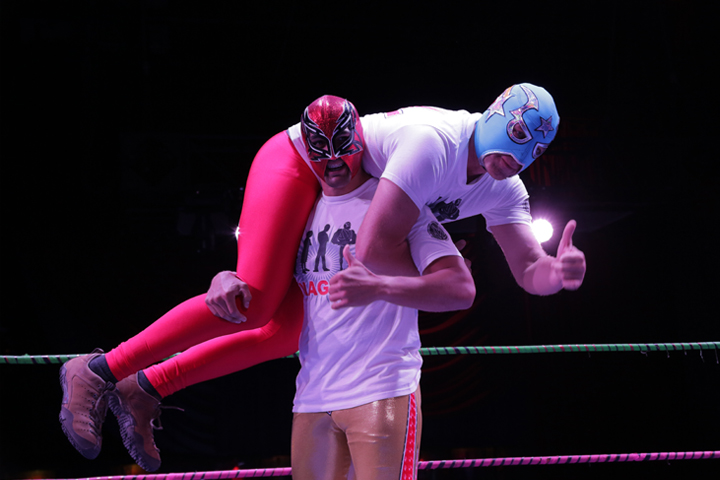 Clothes may make the man, but a mask transforms him into something more.

“With just this mask, the life is changed,” Manuel Quiroz says. “Because when you put the mask on, you feel bigger.”

Quiroz has become the go-to mask and costume maker for a new generation of fighters in the world of Mexican freestyle wrestling, known as lucha libre. The work is a labor of love for Quiroz, who spends 15 hours a day sewing the detailed masks and gear from his home in South-Central Los Angeles.

When CNN’s Mike Rowe wanted a taste of the luchador life for his series “Somebody’s Gotta Do It,” his first stop was at Quiroz’s workshop to acquire an iconic mask.

“The mask is the luchador’s identity, both in and out of the ring,” says Chris Parks, another luchador artist who works under the name “Pale Horse” and has his own line of luchador-inspired prints.

Since a trip to Tijuana, Mexico, in 2009, much of Parks’ artwork has been inspired by the larger-than-life lucha libre characters.

“Luchadores will keep their faces and real names a secret throughout their entire lives; some of the more iconic luchadores have even been buried in their mask,”

Parks is currently tackling his biggest lucha libre project yet — creating his own luchador characters.

And, as with Quiroz, it all starts with the mask. 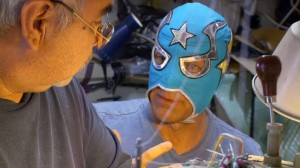 “I like to think of my work with the Pale Horse luchador characters as getting to create real-life super heroes,” he says. “It’s been really thrilling for me to draw up a concept sketch for a character and see it come to life through the wrestler who takes on the new persona.”

Now, with his characters Oraculo and Serpentico wrestling in real-life events, Parks is finally seeing his artwork hit the canvas … hard.

Wrestling fans and art lovers in St. Petersburg, Florida, can see Pale Horse’s masked marvels come to life at the “Pale Horse Lucha: The Art of Lucha Libre” event on Cinco De Mayo, or May 5.

As for Rowe, viewers can see his wrestling adventures at the L.A.-based wrestling, burlesque and comedy show Lucha VaVOOM on “Somebody’s Gotta Do It,” Thursday at 9 p.m. ET/PT on CNN.