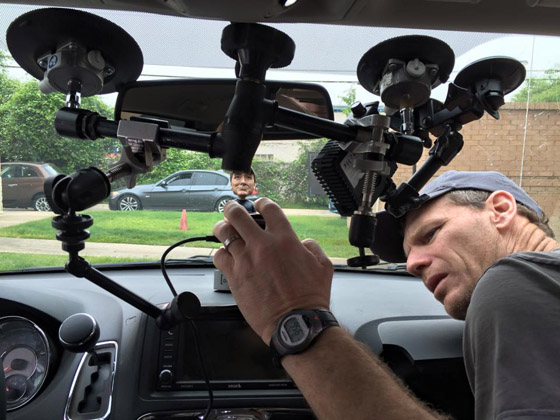 About that last video…(see below)

Some of you know my old friend Doug Glover. Doug is a gifted and mostly fearless cinematographer who has excelled in his chosen field. But Doug also suffers from chronic disappointment, brought about by years of concessions and professional compromise.

On Dirty Jobs, Doug was beset by a host of environmental challenges, including but not limited to very high places, very tight places, very wet places, and of course, a constant rain of feces from every species – much of which wound up on his lens. Somebody’s Gotta Do It is not quite as hellish, but the fundamental challenge for Doug remains the same – dealing with the likes of me. 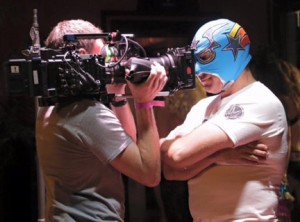 I’ve never been much for the trappings of traditional television, or the fakery that defines 99% of everything that makes it’s onto your screen. I started wearing a hat years ago to eliminate Hair and Make-up concerns, and I refuse to do second takes because I’d rather show you the truth of what I experienced than a polished version of something I wished had happened. Otherwise, it’s not “reality,” right? 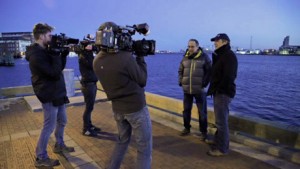 Anyway, Doug is doomed and damned because he shares my passion for genuine reality, but craves a corresponding level of artistry that’s simply inconsistent with what matters most in conveying genuine reality. For a decade now, I’ve watched Doug’s frustration fester as my own contempt for traditional production values deepened. Recently, Doug has accused me of “refusing to cooperate,” just because I insisted on shooting in the dark, wearing a wrestling mask, and pulling my hat over my face. And yesterday, when I declined to redo a complicated shot involving flames and firearms, I think he called me a “dilettante,” which is surprising, since I’m fairly sure he doesn’t know what that word means. 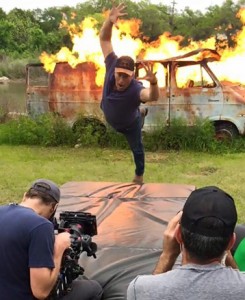 Point is, Doug’s been under a lot of stress, and this morning it came to a head. When we departed our Chateau in Austin, I noticed that Doug had purloined one of my Bobbleheads, mounted it on his dashboard, and lit it in a way that satisfied his artistic sensibilities. “Finally,” he said, “Mike Rowe stands where I tell him, does what I tell him, and keeps his mouth shut. It’s a frickin’ miracle.”

I’m happy for him, and hope you are too. Check out his handiwork tonight on SGDI, and watch him try to keep me in the frame as a giant Mexican wrestler throws me across the ring, among other things.

Tonight at 9, on CNN, weather and world events permitting.

Somewhere on the road to Dallas. Explanation to follow…