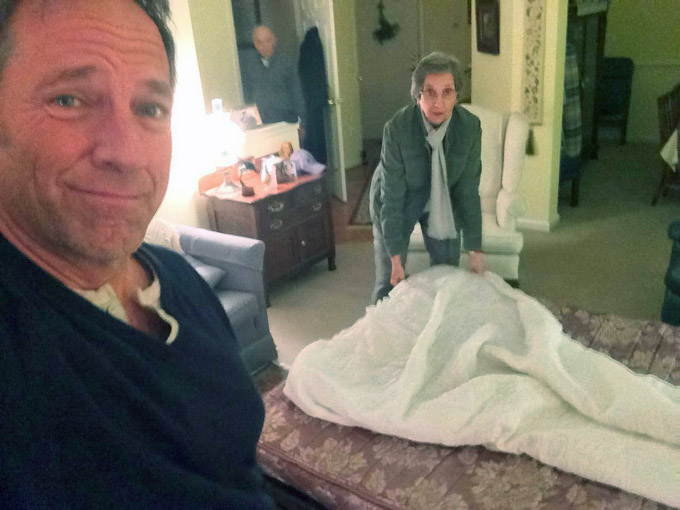 The folks got a new sofa bed, and the improvements are notable.
The former mattress – a thin but lumpy pad of cotton and straw – has been replaced with an actual rectangle of manmade fiber that’s both soft and resilient. The inevitable “metal bar” – once capable of rearranging my shoulder blades over the course of a long and fitful night – is still there, but barely noticeable. And the 45 degree angle that defined my former sleeping surface is now flat, or close to it. My mother of course, still insists on making the bed, as my father assumes a supervisory position. Some things never change. 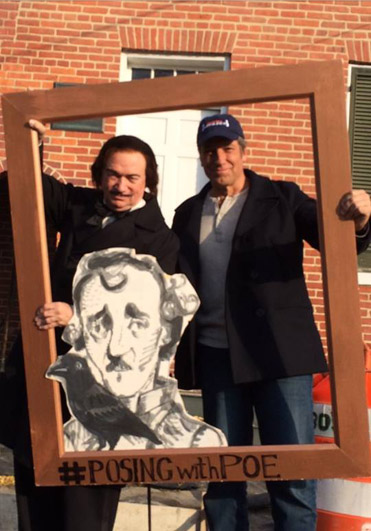 This last trip home was a lot of fun. I did my part for the Visit Baltimore campaign, and along the way, shot a few stories for SGDI that highlight some local people who truly love their city. I hung out with Edgar Allen Poe, raised the flag at Fort McHenry, and participated in what I can only assume was a water ballet. Only in Baltimore. In the midst of all this, my parents celebrated 54 years of wedded bliss, and my father tried to ignore another one of his own birthdays. Happily, the fine folks at Sabatino’s helped me commemorate both, for which I’m grateful. 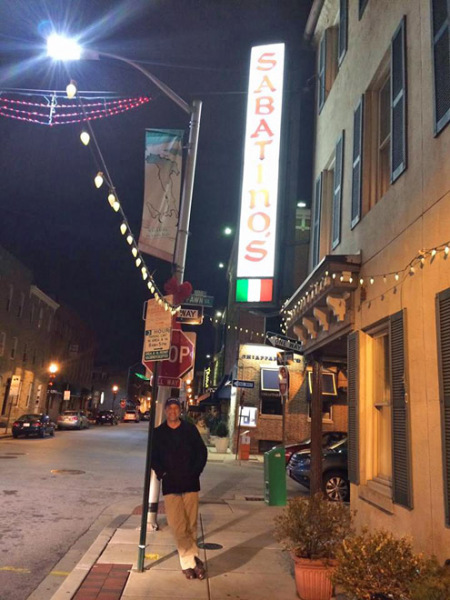 How all this comes together on television remains to be seen, but the cameras rolled on everything, and I was overwhelmed by the outpouring of enthusiasm I saw for my hometown. Three weeks ago, a simple Facebook post about this campaign reached 2 million people, and lead to 7,000 specific suggestions for my show. That lead to an article in The City Paper, which precipitated a few thousand words of back and forth with David Simon, as well as several articles from David Zurawik at The Sunpaper. His latest is about the tension between perception, reality, and the role of media in shaping both. It’s an important conversation, and it’s worth a read.

David’s basic point is in the headline, which suggests that “PR can’t overcome the underlying validity of crime narratives like “The Wire.” I think he’s correct. Like any big city, Baltimore has problems and challenges. But if the town is defined by them, it’s over. There’s simply no way a city can evolve in a positive direction without attracting more visitors, more residents, and more businesses. Besides, the goal of ad campaigns like Visit Baltimore is not to “overcome” the truth – but to simply balance it. 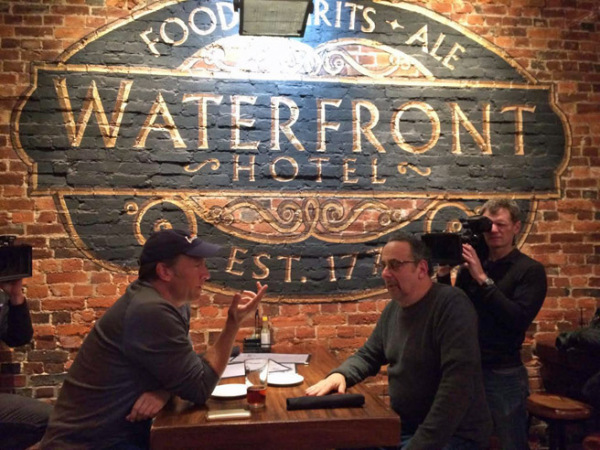 In the course of trying to do that, I reconnected with my old friend Allan Charles. Allan is one of Baltimore’s original Mad Men. Twenty-five years ago, he had the good taste to cast me in my first national commercial, and made sure I was upstaged by a giant sheepdog. (If I can find it, I’ll post it later. It’s a classic.) Spending time with Allan reminded me what I like best about this city – it’s work ethic. When you’re an ad-man laboring in the shadow of Madison Avenue, you try harder. Like Avis, you have to. Last night on a water taxi, with the wind whipping the arctic air across the harbor and freezing the tears on our faces, I said that people like him were the reason Baltimore has so much character. Allan said, “Nah, it’s the other way around. If you stick around Baltimore long enough, the character rubs off 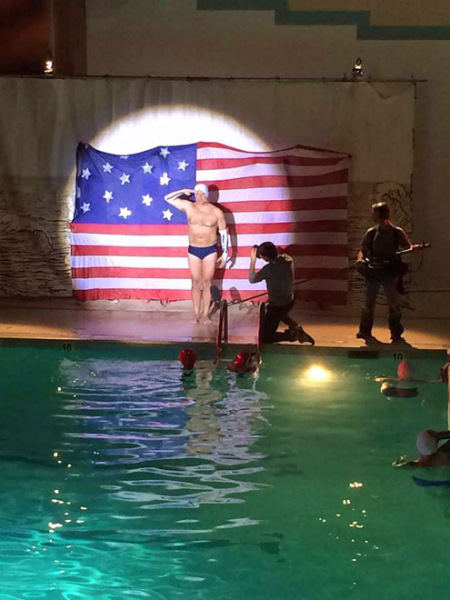 I have no idea if “Visit Baltimore” will persuade people to actually visit Baltimore. It’s a modest endeavor that trades mostly on the notoriety of a few native sons and daughters. But as Allan likes to say, “Advertising is what you pay for, PR is what you pray for.”
Hopefully, a little unexpected press on CNN will help those charged with boosting Baltimore’s image. Like my parents sofa bed, the City will always have room for improvement. But even now, it’s a fine place to lay your head at the end of a long day, and proof-positive that Thomas Wolfe was incorrect.

You can go home again.