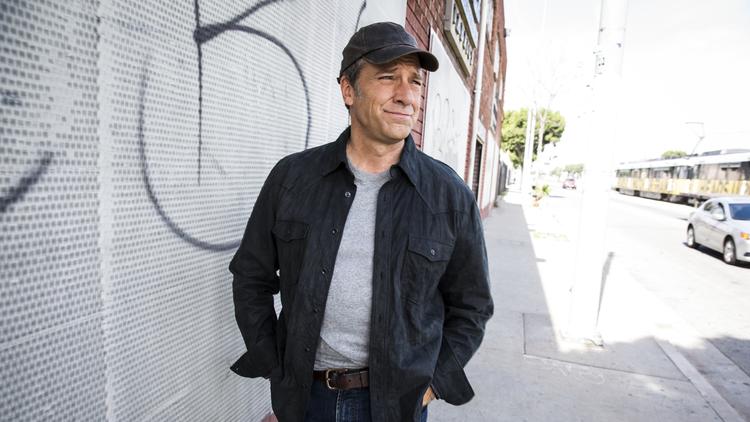 The Baltimore Sun
By David Zurawik

Mike Rowe has deep Baltimore roots that he says served him well during a decade as host of Discovery Channel’s “Dirty Jobs.” From spending a day on “Sesame Street” helping Oscar on his dirty jobs, to serving as pitchman for Ford F-150 trucks, the Towson University graduate has become a ubiquitous TV presence in his jeans, jersey, work boots and baseball cap.

Last month, the 52-year-old performer launched a new show, “Somebody’s Gotta Do It,” Wednesday nights on CNN. The series, which features people who are passionate about their jobs, opened strong, drawing about a million viewers, with half of them in the highly coveted 25-54 age range.

I’ve been seeing you in connection with Baltimore-related stuff this fall. There’s a funny video you did at Camden Yards before one of the League Division Series games with Detroit, for example. Have you been back more?

You grew up in Baltimore County?

I was in Overlea. My granddad was there forever. In fact, when they put in I-95, he moved his house to the top of a hill flanked by Stemmers Run on one side and the exit ramp from 95 on the other, and it was brilliant, because he essentially hemmed us in to about 120 acres that we didn’t own but nobody else could develop.

Do you think that connection to the outdoors helped shape you into the persona viewers see on TV?

I think it did. … We heated the house with a wood stove. We had half a dozen horses on property we didn’t own but on a stable that we built. We had chickens. We had what my mother called a garden, but was actually a half-acre of corn.

Read the complete article at www.baltimoresun.com
Related story by Jordan Bartel – With a new CNN show, Mike Rowe gets back to work