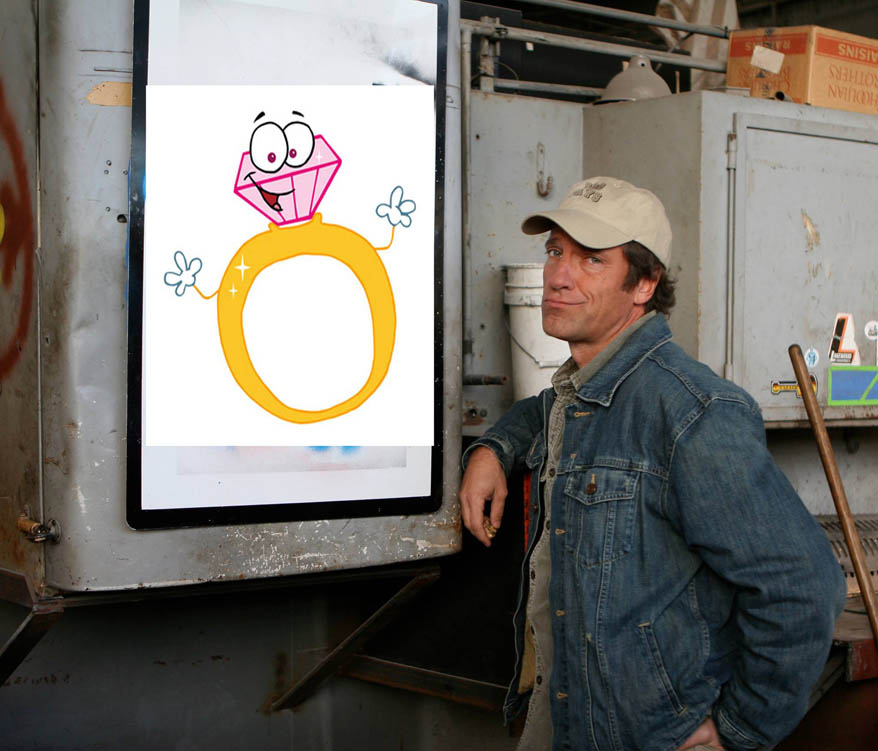 Every so often, my Google Alert will tell me something about myself that is truly surprising. Last year, for instance, I learned that “Mike Rowe The Convict ” had filed a copyright on his name, and sued me for infringement because my name’s connection with “dirty jobs” had complicated his life as an inmate in The South Dakota Prison System.

(Apparently, a dirty job behind bars is a totally different kind of gig, and one that Mike Rowe The Convict had grown tired of performing.)

Conversely, “Mike Rowe The Policeman” appears to be a fine upstanding citizen, and when his name and likeness appear in my mailbox – as they often do – it always reminds me that a more responsible version of myself is out there serving and protecting the good people of Beaverton. The other day, for instance, I learned that Officer Rowe is now in possession of an “extremely unique” ring.

In the story – originally cracked by Rebecca Wollington for The Oregonian – my namesake was quoted directly.

“A resident spotted the ring, which is ‘extremely unique’ in its design, said Officer Mike Rowe, Beaverton police spokesman. It was found on July 31 near the Nordstrom Rack, located at 9175 S.W. Cascade Ave. Police are not releasing a specific description of the ring. Rowe said it is believed to be valuable.”

First of all, I love the fact that a newly discovered ring warrants a public statement from a police spokesman. Beavertonians are truly fortunate to have someone to look after their possessions in such a thorough fashion, and I am pleased to learn that Mike Rowe The Policeman is attempting to reunite a citizen with his or her missing property. But I also find myself weirdly tittilated by the details of this mysterious ring. Am I the only one? As Officer Rowe says, the ring is not merely “unique.” It is “extremely” unique. But when precisely does the “uniqueness” of a thing become “extreme?” When does singularity become more singular, or “one-of-a-kind” more “one-of-a-kinder?”

This must be a truly remarkable piece of of jewelry, and my imagination is now completely engaged in visualizing the qualities of “extreme uniqueness.” Is it made of plutonium? Human hair? Does it glow? Will it expand into a bracelet if properly manipulated? Even Gandalf resisted the temptation to describe the undisputed uniqueness Sauron’s Ring of Power as “extreme,” and that little bauble nearly destroyed Middle Earth!

So what exactly has been found in Beaverton? We may never know.

But if the ring is ever claimed, I’m counting on Mike Rowe for more details.