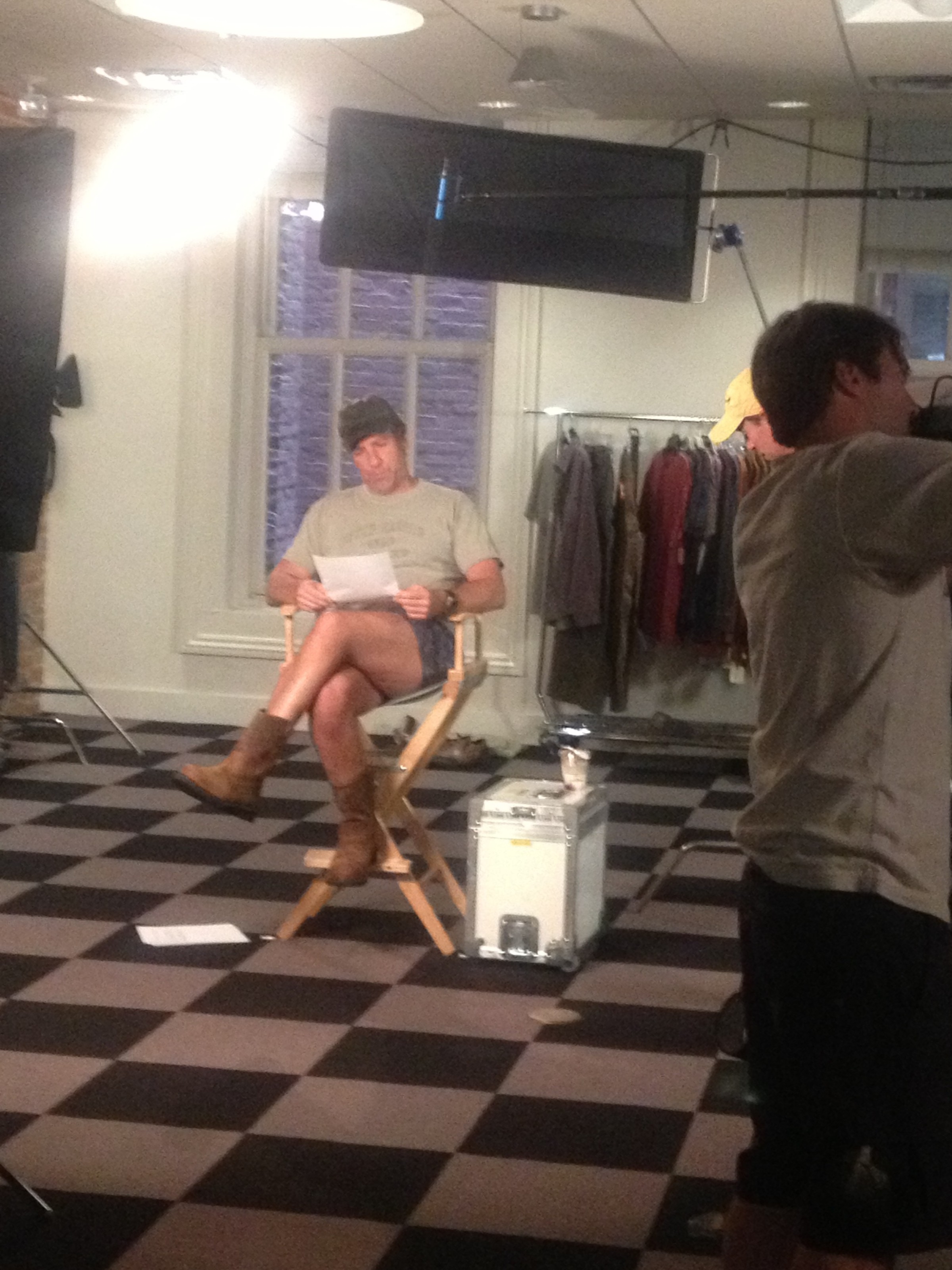 Today’s Mail Call is dedicated to Atlantagirl1375. She didn’t ask any questions, but she did pay $380 for one of the smelliest T-shirts I’ve ever worn. All for a great cause.

Thanks, Atlantagirl  — wear it in good health.

Q: Russell Hande: How many of us would pay $2-3 per episode if Mr Rowe made his own independent show that is kinda like dirty jobs? As long as the episodes were at least 30 minutes each, I know I would. The more raw, uncut indie shows are better. Like Reed Timmer’s Tornado Chasers vs Discovery’s Storm Chasers. You are sitting on your own gold mine Mr Rowe.

A: Well, Russ, I don’t know if it’s a gold mine, but it’s certainly is a hole in the ground filled with something interesting in it. Not a day goes by that people don’t stop me and say, “Mike, please — do something real. Anything.” I get it. It’s not so much about me (though I’ll take the compliments where I can find them), it’s the sudden lack of non-fiction programming that’s genuinely fun, totally unscripted, and completely authentic.

Networks today are simply freaked out by not knowing how a show will end before production begins. That’s fine for a sitcom, but real reality means rolling the dice, and the list of people willing to do that is very, very short. I’m still kicking the tires on a few more ideas, but honestly, if half the people on this page said, “Hey, Mike, here’s 10 bucks for jet fuel and basic production costs,” I’d put the band back together and start shooting “Somebody’s Gotta Do It” tomorrow.  In fact, I’d rely on viewers to help program the show. In other words, careful what you wish for, Russell …

Q: Pia Yoacham When do we get to bid for “5 minutes in the closet” with Mike?

A: First of all, Pia, I’m not in the closet. I never was. Not that there’s anything wrong with that.

Secondly, there is very little I can accomplish these days in 5 minutes.

Thirdly, what type of closet are you envisioning? Walk in? Broom? Trust me, it matters.

Q: Amanda Pain: I’ve got a question…..how and where did Mike Rowe get “discovered”???

A: I guess it depends who you ask. The Indians, for instance, might take umbrage with the idea that Columbus “discovered” the place they’d been living for generations. Likewise, my parents might balk when so-and -so says I was “discovered” by CBS, or The Baltimore Opera Company, or a hundred other people who helped me out along the way.

But I guess the biggest “break” I ever got came from a guy named John Easton, who used to work for QVC. John agreed to let me crash an audition back in 1989, and promised to hire me on a probationary basis if I could talk about a pencil for 6 minutes on camera, and make it interesting. It was a very instructive audition, and it lead to my first job in TV. Though I poke a lot of fun at that part of my past, I probably learned more selling crap on QVC at 3 am than any other gig.

Of course, if you ask John Easton, he might say, “Mike who?”

A: Thanks, Mark. I have always suspected that snot was a secret ingredient in most things. Consider this — the only real ingredient in snot is dust, and since there’s almost nothing more fundamental than dust, I really wonder if the standard funereal language should be amended to something along the lines of “ashes to ashes, snot to snot.”

Q: Isaac Ahn: Mike, I wish you were the president.