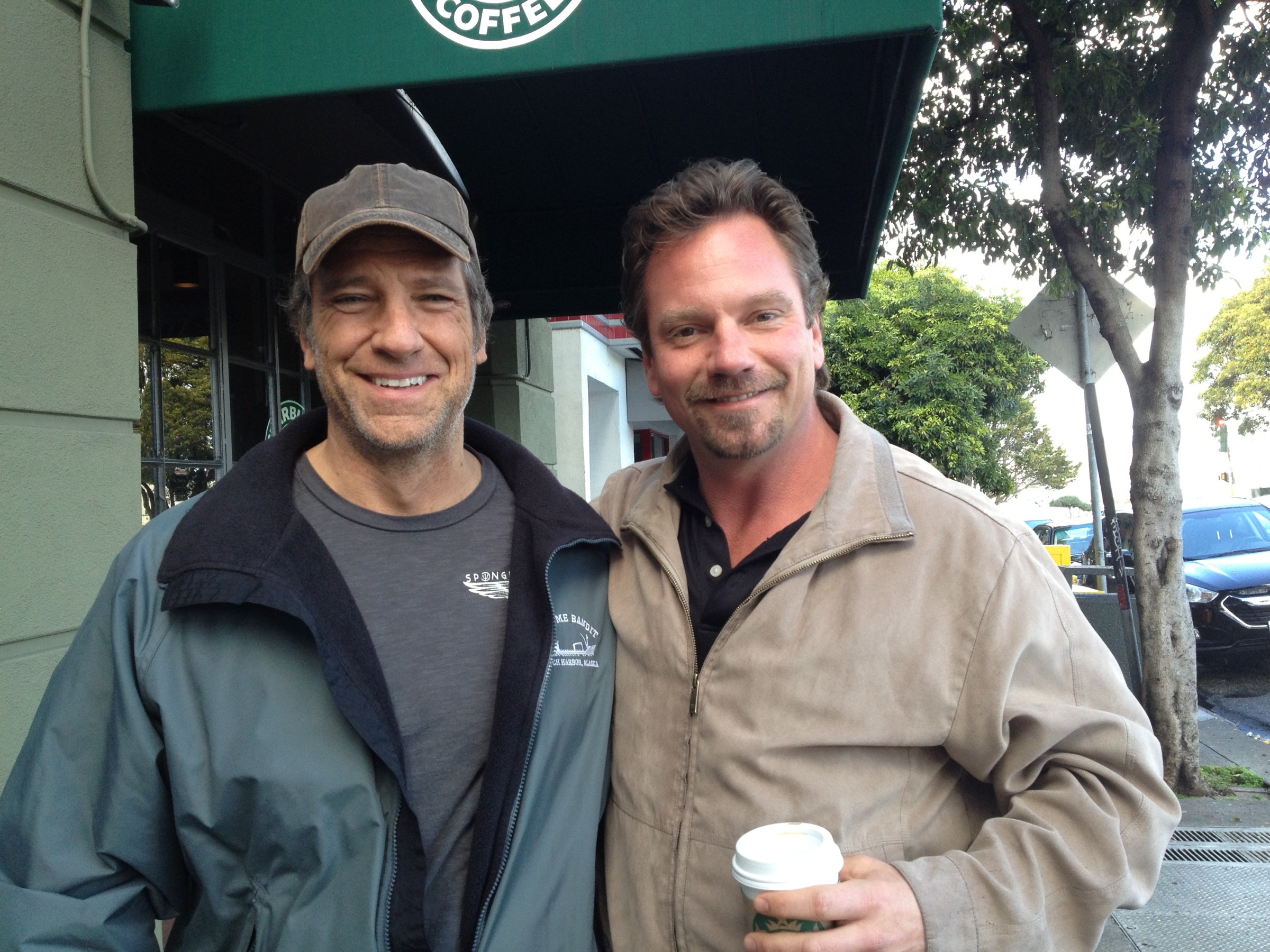 This is a guy called Steve Watson. Nice fella. Some of you might remember him from a show on Discovery called Monster House. Now he works on a show called Red White and New for Travel Channel. Anyway, I was walking down the street this afternoon when I saw Steve preparing to jump off the side of a building in order to demonstrate the efficacy of a new-fangled safety contraption designed to save people trapped inside a burning building with no other viable means of escape.

It’s a funny thing, figuring out what to do next. And what not do to. So I got a cup of coffee, took this picture, and began to consider the benefits of a talk show.