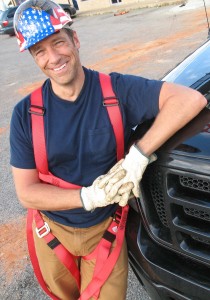 From Mike’s forum on Discovery:

Q: As we celebrate our nation’s birthday ~ the 4th of July, have you ever considered which president you would have liked to have met? — Pen

My reasons why are between the covers of McCullough’s biography on the man and his presidency, and too numerous to mention here. But for starters, he was a true patriot who almost single-handedly got the second Continental Congress to declare our independence. He wrote amazing love letters to his wife everyday. And he was the only founding father to never own a slave. In spite of his many accomplishments, he was unpopular, politically incorrect for his time, and considered by many to be trouble. He was – but not for the people he served.

If there were any justice, John Adams would be on the $50 bill, and not that drunk, US Grant.

10 thoughts on “John Adams ~ Independent, Politically Incorrect and Would Look Great on a $50 Bill”