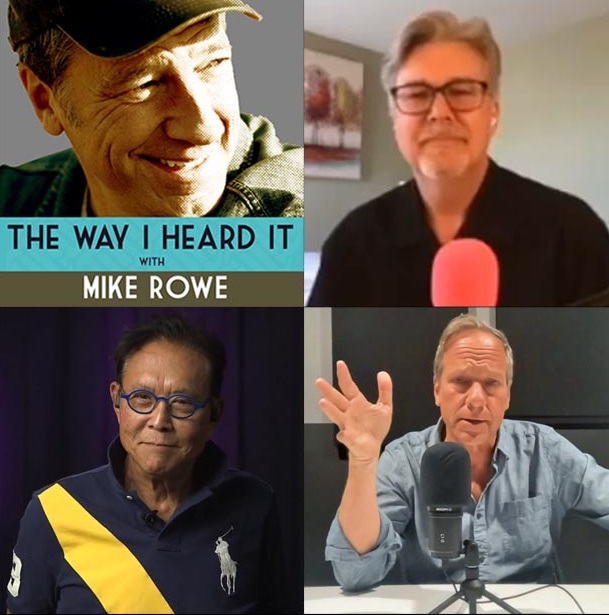 Last week in Las Vegas, after determining the internet signal at The Cosmopolitan was insufficient to support a conversation with my guest on this week’s podcast, I found a local recording studio and hunkered down for what might be the most surprising conversation I’ve had thus far.

Robert Kiyosaki, as you may have heard, wrote the best-selling personal financial book of all time, Rich Dad Poor Dad. He is fabulously wealthy, delightfully controversial, and self-made in every way that matters. He’s also a billion dollars in debt.

I wanted to talk with Robert about how he’s used that incredible amount of personal debt to legally avoid paying taxes, and how he’s leveraged that debt to become as wealthy as he is. After chatting with Dave Ramsey about the evils of debt on this podcast, it seemed like a fair and balanced thing to do. Robert, however, now 75 years of age, wanted to discuss some other things as well. And so, we do.

This fourth-generation Japanese American and Marine veteran is deeply concerned about the future of this country and has some very specific concerns he outlines in his newest book, The Capitalist Manifesto. Not everyone will agree with what he has to say, and that’s just fine with Robert. He’s been disagreeable for decades. But regardless of your politics, it’s hard to disagree with the pressing need to teach financial literacy in our schools, and learn what we can from the mistakes of the past from a man who flew attack helicopters in Vietnam, and couldn’t care less about the prospect of being canceled today.

Below is a short clip about the time he stole a helicopter and had an illicit picnic on a Hawaiian beach with a pretty girl. It made me want to get my pilot’s license.