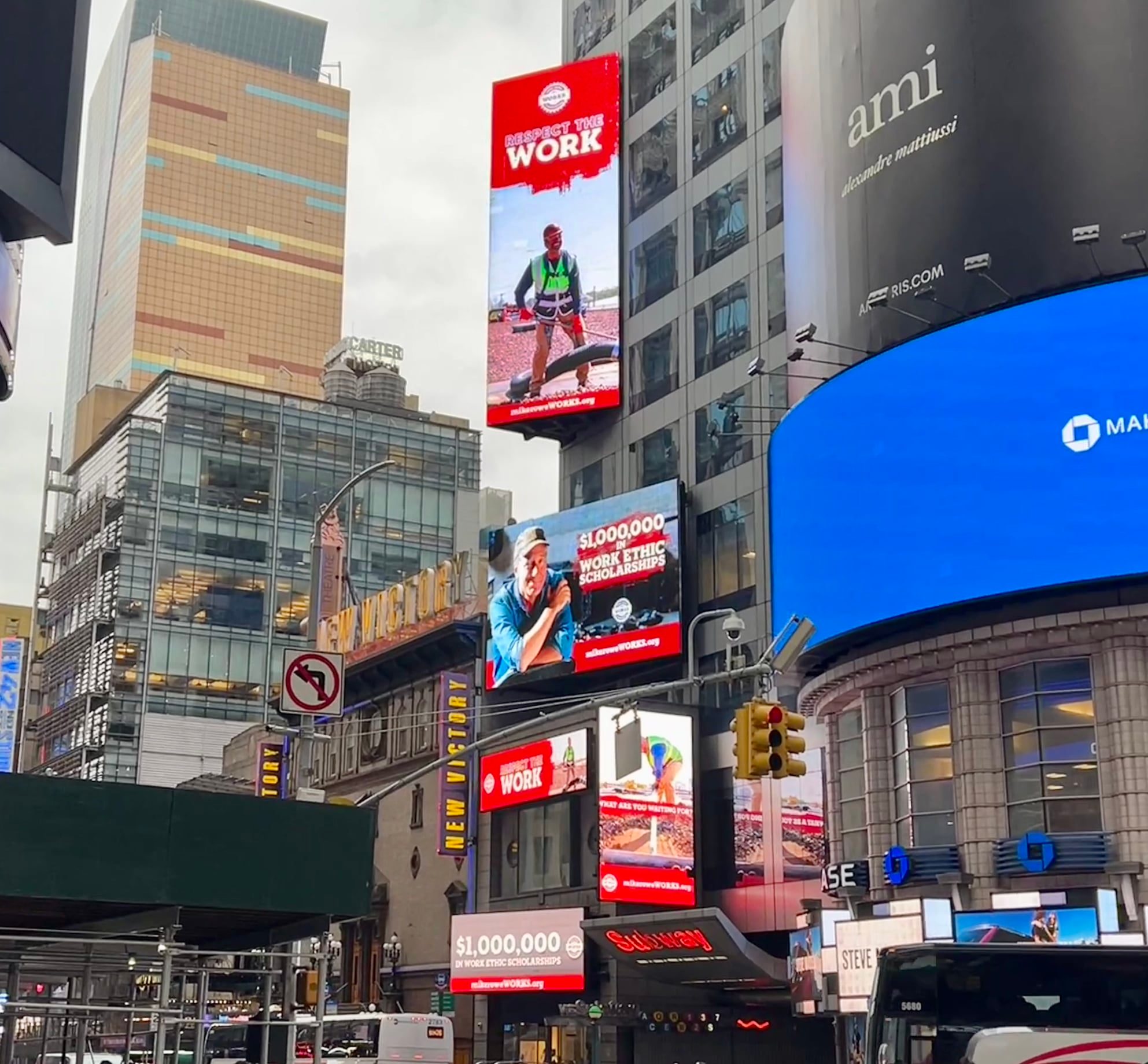 This year, I relied on billboards across the country to help spread the word about this round of work ethic scholarships. Well, they worked. A record number of people have begun the application process. Problem is, the deadline for completed applications is today, and the billboards are still up. Seems only fair to extend the deadline to accommodate those coming late to the party. The drop-dead date is now April 28th, 11:59pm. That’s as far as I can push it. We’re still on track to announce the winners in mid-June and send out the checks in July.

For those of you seeing this for the first time, our work ethic scholarships are awarded to individuals in search of skilled training, not a four-year degree. Like the billboard says, we’re giving away a million dollars to those who qualify. The application process isn’t complicated, but there are some hoops to jump through, so if you interested, I’d suggest you start the process NOW, at mikeroweWORKS.org/scholarship.

Good luck and hurry up!

PS To those of you who started the process weeks ago but bailed out early, I encourage you to look at this extension as a second chance, even though I know you probably won’t. Every year 90% of those who apply for a work ethic scholarship fail to complete the application. Happily, we don’t measure the success of our program by the number of completed applications we receive, but rather, by the character of those individuals we’re able to assist. These are work ethic scholarships, after all, and if you lack the initiative to complete the application on time, then it’s safe to assume you lack the very quality we’re attempting to reward. To say it another way, if you can’t get your poop in a group, then this particular pile of free money is simply not for you.

Maybe next year, I’ll put that on a billboard!