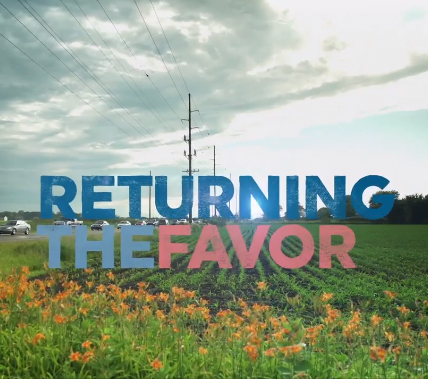 I’m afraid I come with sad tidings. After four years of hosting a show like no other, I’m sorry to announce that Returning the Favor has come to an end.

I received a phone call yesterday from Facebook, telling me that RTF would not be back for another season. Obviously, I was surprised. Returning the Favor has been a very successful endeavor, and the feedback from everyone has been extraordinarily good – from the first favor returned, to the 100th. In fact, it’s the only program I ever worked on the never received a single, negative review, or one critical comment. In that way, it was truly unexampled.

Alas, all good things must come to an end, and Returning the Favor was without question, a very good thing – a good thing made possible by a remarkable group of dedicated fans. Indeed, it was your enthusiasm that got this project off the ground, and it was your willingness to nominate over ten thousand exceptional Americans that inspired us to keep going. Unfortunately, it now looks as though we’ve gone as far as we can go.

Last week, I saw a short marketing video for the upcoming season. Obviously, that video is no longer relevant, but I wanted to share it with you anyway, because it speaks to how unique this show was, and shows just how many people it touched. More importantly, it reinforces the undeniable fact that Returning the Favor simply couldn’t have happened without the people on this page. Give it a look, and as you watch, please remember that you made it possible.

Finally, I want to thank everyone at Facebook for their support over the last four seasons. No network would have given me this much latitude to make such an honest show, or invested so generously in a 22-minute online program. With their help, we gave away over 5 million dollars to people trying to make their communities a better place. I also want to thank my friends at Hudsun Media and my business partner, Mary Sullivan – all of whom helped me present an original show that was tailormade for times like these. And of course, I also want to congratulate the one hundred “bloody do-gooders” who were nominated by the people on this page. It was your determination to make the world a better place that inspired us all. It’s been an absolute privilege to know you. Please, keep doing what you’re doing. Our country needs you more than ever.

Again, my sincere thanks to all concerned. It was a great run.

P.S. If you happen to own a network and feel your viewers would enjoy a show that celebrates the neighbors you wish you had, drop me a line. I know some people who can make it happen…