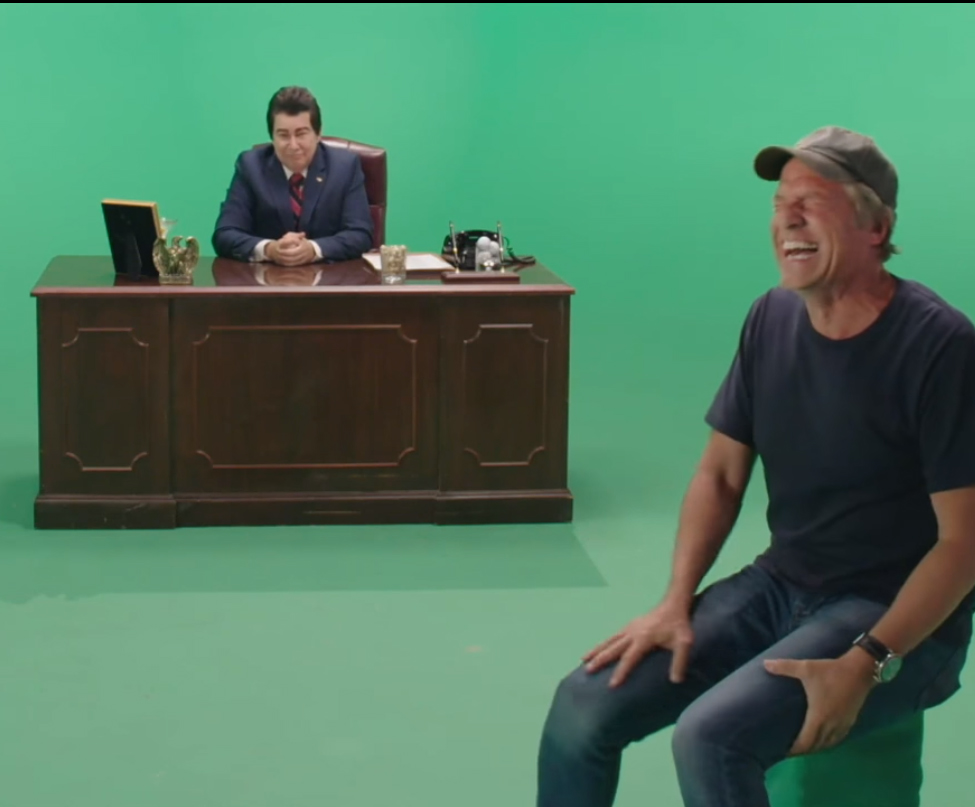 “Mike – The outtake at the end of the episode where Chuck played Nixon – that was the first time I’ve laughed – I mean really laughed – since last March. I can’t stop watching it. It’s like the old Carol Burnett show. You were Harvey Korman, and Chuck was Tim Conway. TV Gold! I also have to say that this show – Six Degrees – is the first history show my family has ever watched from start to finish. We learned stuff we didn’t know we cared about, and we laughed out loud more than once. Thanks for doing these, especially now, and please do more.” Claudette Monahan

As a rule, when you replace your friend’s water with actual vodka and say “action!” the potential for hilarity unfolds before you. Yes, we had a lot of fun filming this show, but it wasn’t easy. We started filming a year and a half ago, with no clear idea where the show would air, or if anyone would even want it. (A show about “history” is a tough sell these days, even one with puppets and vodka.)

Thanks to our sponsors at API and DCA, we were able to complete six, half-hour versions last year, but after seeing the final cuts, it seemed to me that they’d be better if they were longer. So, we planned on going back to Georgia to shoot a bunch of new content in March, but couldn’t, on account of the plague. By July however, I couldn’t wait any longer, so we shot the rest of the series at the height of the pandemic. (Hence the delirium. And the vodka. And a laughing-fit from which I barely recovered.)

Hard to say what the future holds, but I’m glad Discovery picked it up, and I’d be game to write more episodes if the feedback is good. So far, I’m encouraged. You can stream the series for FREE at discoveryplus.com, during the free trial period. After that, it’s a few bucks a month, but unlike a lot of other streaming services, the Discovery library is truly massive. (The BBC docs alone are worth it, in my opinion.)