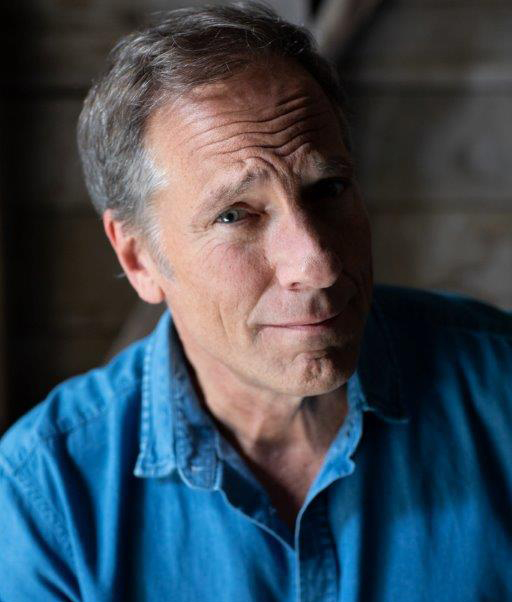 Mike Rowe, my hometown Cedar Rapids Iowa has been destroyed by a Derecho. It’s unbelievable the damage. Farmers have lost everything from crops to grain bins to silos to buildings. In town people are going on their 8th day with no power. For more than a week nobody outside our state was aware of this because we weren’t important enough to make the national news. Slowly that is changing, and people are becoming aware. I would appreciate if maybe you could give a shout out to all the people from near and far that are there helping 24/7. Electricians, plumbers, construction workers (housing and road) tree trimmers, roofers…without these people we would be in a world of hurt. Thank you so much for your time.

You and your neighbors have been on my mind. I read this the other day from a local resident named Ben Kaplin…

“Nearly every home has damage. Most big trees in the city fell. Most local businesses are closed. Every business is damaged.” Ben went on to describe “hours long lines” at gas stations, “sold-out generators and chain saws, spotty cellphone service, widespread gas leaks, downed power lines in every neighborhood, spoiled food, no trash pickup and no air-conditioning in the sweltering summer heat. “Downtown,” hew wrote, “bricks and glass litter the sidewalks, plate glass windows shattered during the storm. Many businesses have been physically destroyed. All restaurants lost all of their perishables. Factories are closed. Offices are closed. The economy — the whole thing — is stopped.”

How bad is it?
He didn’t even mention Covid…

I remember visiting Cedar Rapids in 2009, a year after the great flood. I couldn’t believe the destruction, and to your point, how little coverage it got in the national media. Part of the problem was Katrina. Even though that disaster occurred three years earlier, the country just wasn’t ready to process the reality of another flood – especially one of biblical proportions. Also, thankfully, there was almost no loss of life in the flood itself – just $6 billion in local damage, and years of rebuilding. Damage alone, rarely makes the headlines.

Mostly though, on that particular trip, I was struck by the sheer resilience of Iowans, and their reluctance to ask for help. I didn’t know what Meredith Wilson was talking about in the Music Man when he referred to “Iowa Stubborn,” until I saw it for myself. It was an almost casual understanding that nobody was coming to save the city, but the people who lived there. Cedar Rapids knew there was no cavalry on the way to save the day. The cavalry was them.

I came back a few years later to see how the clean-up was progressing. This time, I brought a TV crew with me, and shot an episode of Somebody’s Gotta Do It. We featured a local group called Matthew 25. Maybe you’ve heard of them? They’re a non-profit that focuses on neighborhood revitalization, mostly on the West side of town. Been around since 2006. Clint, the executive director, took me to some of the houses they helped rebuild, and introduced me to the inhabitants who would have been displaced without their help. I was blown away by the impact they had on the community, and the grassroots support they were able to inspire. Yesterday, I went to their website, and read this:

“Matthew 25 staff and volunteers are organizing and hitting the streets. We’re listening. An elderly man is without electricity for his medical device. A single mom with three kids is staying in a small apartment with her mom and asks for a pack-n-play for her three-month old. A first-time home buyer bursts into tears because she just found out her insurance wasn’t being paid out of escrow and she has no idea how to finance repairs. Cedar Rapids faces a challenging road ahead.

We’re working with the city and other non-profits to deliver resources. We’re taking generators to people in need. Matthew 25 will be there to help with the rebuilding process. We can’t do it without people stepping up and donating in a big way. If you can donate financially, please do. If you want to donate generators, tarps, chainsaws or other items, please drop them off between 9:00 – 4:00 at the Hosmer Building at 604 Ellis Blvd NW. If you have questions, please call Azure at 319-651-0470 or email info@hub25.org.”

There are other organizations like Matthew 25, trying their best to help in the midst of this nightmare. They could all use help, and I hope they get it. But I know these guys personally, and I can tell you they’ve made a colossal impact in the past. If you want to help an organization that’s guaranteed to make a difference right now – on the ground where it matters most – consider Matthew 25. The donate button is here. https://www.hub25.org/

Good luck, Linda, and thanks for the note.
Mike