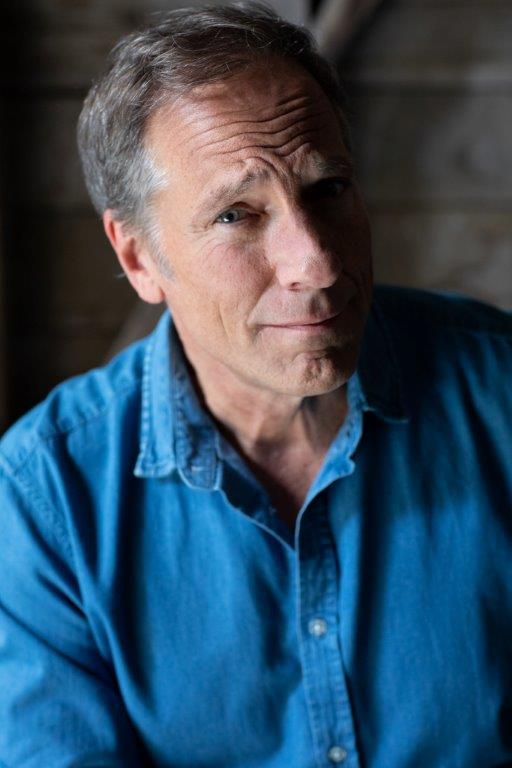 Mike – Ok, I’m freaking out a little. I just saw a doctor on Tucker Carlson say we don’t have nearly enough ventilators for the coming crisis. He also said we could see 70 to 150 million infections in this country alone. Seriously? 150,000,000 Americans? I can’t decide if this whole thing is a colossal overreaction, or the end of the world as we know it. I’m getting scared though, and I’d be curious to hear the truth, even if it’s just The Way You Heard It…Carole Madsen

Since you were kind enough to invoke the name of my book, I’ll repeat a story from an early chapter. As a narrator of some experience, I’m often called back into the recording studio to re-record certain passages that have been rendered inaccurate by new discoveries. This happens all the time, most often with science programs like How the Universe Works, which I’ve narrated for years. Not so long ago, thanks to some new breakthroughs in the way astronomers measure time and space, scientists were able to identify the approximate number of galaxies in the observable universe. The number was astonishing – 200 billion.

That’s not a typo.

The best minds in modern astronomy estimated the existence of 200 billion galaxies, many of which are similar to our Milky Way, each packed with hundreds of billions of stars, many of which are surrounded by countless planets and exoplanets. It was a remarkable discovery, and I was honored to pass the information along to fans of the show, in a crisp, well-modulated baritone.

(This, incidentally, is the reason so many people believe in extra-terrestrial life. In spite of no actual evidence, the sheer number of planets out there makes it difficult to imagine we’re alone. Two hundred billion galaxies x hundreds of billions of stars in each galaxy = many trillions of planets. Too many planets to even contemplate. And so, this particular episode of How the Universe Works spent a lot of time trying to explain the vastness of space, based on the incomprehensible existence of 200 billion galaxies.)

Anyway, two weeks after I recorded that particular episode, the experts made some adjustments. With a little help from the Hubble Telescope, and something to do with “enhanced, deep-space triangulation,” the previous estimate of 200 billion galaxies was revised, and I was called back to the studio to re-record that episode, in the same crisp, well-modulated baritone.

Turns out, 200 billion was a tad on the low side. The actual number of galaxies in the observable universe, is more like two trillion.

The point of this story, Carole, is not to suggest that the experts are sometimes mistaken, (though they sometimes are,) or that the science is not always “settled,” (though it oftentimes is not.) The point is to simply remind you that I don’t sound any more certain when I’m right, as I do when I’m wrong. And guess what? Neither do the experts, or the people who report the news.

Don’t misunderstand me. I’m not for a moment suggesting you shouldn’t be deeply concerned by the Wuhan virus, or by the consequences of shutting down America. The situation is frightening and fluid, and I have no idea if the doctor you saw on Tucker – whose name is Osterholm, by the way – is right about how many Americans are likely to get infected. At those levels, the mortality rate could exceed 480,000, so I’m hoping he’s wrong. What I do know, is that Dr. Osterholm has no wish to frighten you. Cable news however, does. In their quest for ratings, they are most assuredly trying to scare you, even as they tell you not to panic. How else to explain the Coronavirus graphic I just saw on CNN? The one with green gas leaking out from underneath the letters.

I’m not even kidding. An animated, green gas, wafting skyward, as though the letters themselves have the power to choke us to death. Just how frightened do they want us to be? Obviously, frightened enough to keep watching.

Of course, CNN isn’t alone. Every major network has given the Wuhan virus its own theme music, and every anchor has spent the last week breathlessly telling us how many more people are infected RIGHT NOW, followed by urgent reminders from some guy with a crisp, well-modulated baritone that they, (and only they!) are the most trusted source of accurate information in these uncertain times.

Moments like this remind us that truth and credibility have nothing to do with production values, performance, ratings, or men who are paid to sound certain no matter what they’re saying. Real credibility is built when curious people have thoughtful conversations with genuine experts who aren’t afraid to tell us the truth, even as they admit they could be wrong.

How strange and telling then, that such a conversation would occur not on the news, but on a podcast, hosted by a comedian named Joe Rogan.

Here’s a link to a much more detailed discussion with the doctor you saw for three minutes on Tucker Carlson. It’s been viewed over ten million times in barely a week. It should be viewed by everyone. It’s frightening, but it’s not manipulative, and exactly what the news should be giving us right now.

PS On a more personal note, this was a very weird week for me. I was in Las Vegas, speaking all week at the Construction Expo. It was positively surreal. Record attendance, hundreds of exhibitors, thousands of really big machines on display, and tens of thousands of attendees from all over the world – the same people who make the machines that build and maintain America’s infrastructure.

During those brief moments I wasn’t washing the skin off my hands with disinfectant soap, or submerged in a vat of Purell, I was on stage, hosting a fake game show and telling stories from Dirty Jobs. It was a lot of fun. The craziest part though, aside from replacing handshakes with elbow taps, was leaving the stage every hour or so, and checking my phone to see the latest cancellation. The NBA, the NCAA, the NHL, MLB, the Masters, Disneyland, and so forth.

As the week wore on, it became obvious that this would be the last major gathering in the United States for some time. And by the time I got home, everything on my personal calendar was canceled for the next two months.

For better or worse, I was glad to be there. Though I think I’ll lay low for the next few days…

Be well and stay safe.