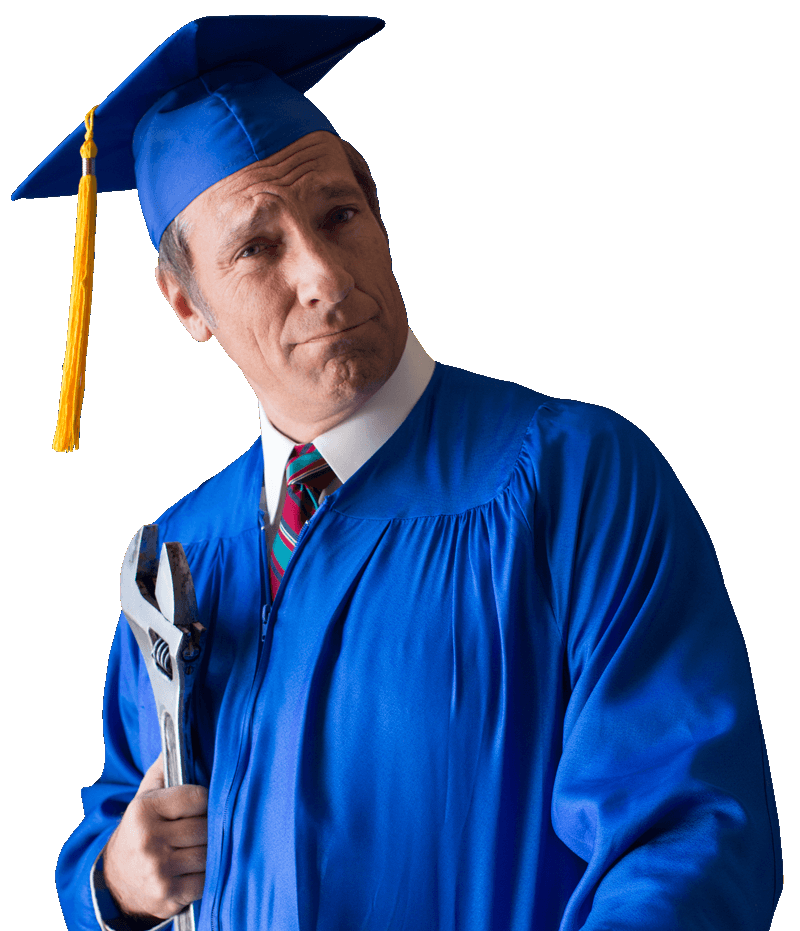 Mike, my son always wanted to go to MIT to get an engineering degree in aerospace. I feared the cost but never said a thing to him about it. I instead tried to get him to consider Caltech, where my connections at JPL could have given him a hand with an internship. But then he decided to attend Universal Technical Institute, to learn to be a diesel mechanic.

When I asked him why he said “I can make good money, it’s a two year program, I’ll get hired straight out of school. I’ll save my money for five years or so, then go get my degree, and I won’t have school debt when I graduate. And if I don’t find the engineering job I want I can still fix diesels.”

Then he added “Have you heard Mike Rowe talk about the skills gap? Someone has to fill it.”

Today, my son is in Albuquerque, working for Peterbilt. He did get hired right out of school, and the school his loans will be paid off after one year of working. He was the top student in his class, by the way.

I wanted to thank you for setting my son on the path to success. Your words did it. Your work is more important than you know. Thank you again. Kender MacGowan

Your son is a genius, and so are you. A lot parents would have bristled at the idea of their brilliant child, “settling” for a two-year school, when MIT awaits. Many others would have discouraged them from learning a useful skill before going straight into a university. Good for you, and good for your son. I’m sharing your note because lots of other kids and parents are in the same position, and I want them to know we’re awarding a million dollars in work ethic scholarships to people who think like your son. If you know any such people, please direct them here. mikerowe.com/scholarship.

Good luck to your son, and thanks again for the kind words.