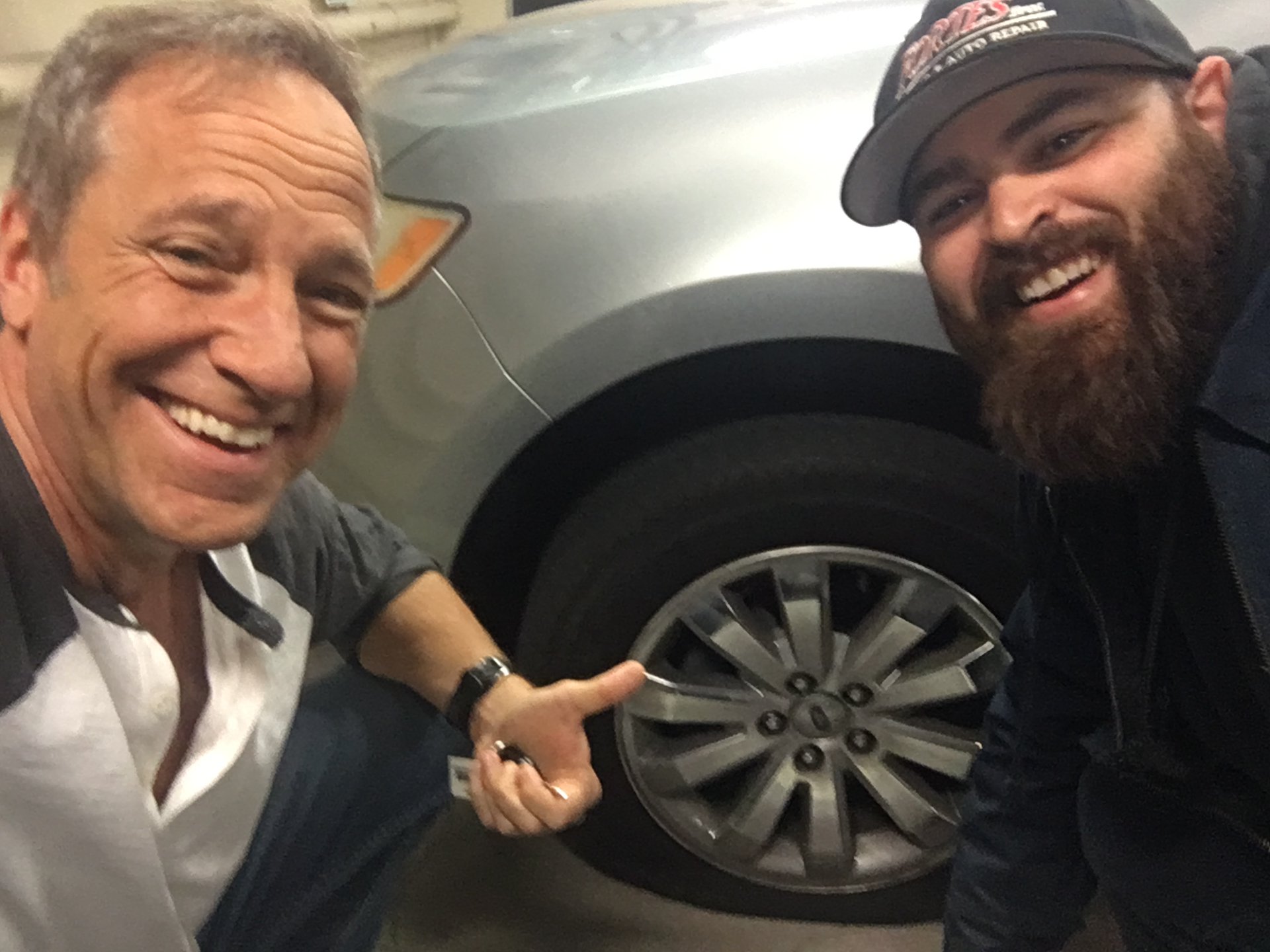 “There’s a rumor going around that you were the one who purchased the Rockford car for $115,000. True? Also – there’s a lot of chatter about your claim to drive a fourteen-year old car. Do you really?” Todd Willard

Rumors, by definition, are never true. “True rumors,” were there such a thing, are called facts. And the fact is, I didn’t purchase Jim Rockford’s car for $115,000. In fact, I’ve never paid more than $15,000 for any car. Nor have I ever purchased a new one.

As for the age of my current ride, I was off by a year. According to the registration, it’s actually thirteen years old, a fact that Carlos might be able to confirm, if her frequents this page.

Carlos is the technician dispatched by AAA several days ago to change my tire, and pictured here. The tire, which was also thirteen years old, exploded as I entered the parking garage of the recording studio where I was about to narrate another episode of How the Universe Works. Carlos was nice enough to stop by a change it, which I appreciate immensely. Otherwise, I’d have been late, and the universe would have gone unexplained…