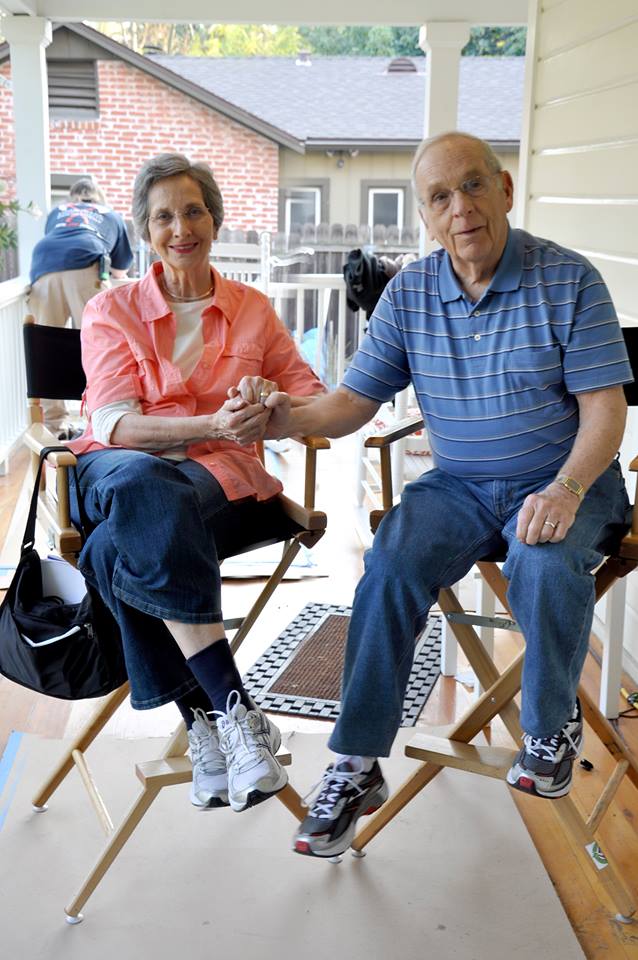 I wrote this five years ago. Still holds up, I think. As do the stars of the show. Many happy returns…

As of today, John and Peggy Rowe have been married for exactly 53 years.

If you ask them how they did it, they’ll credit an uncompromising honesty with one another. If you press them, though, you’ll learn their commitment to the truth did not extend to their children. Indeed, when it came to raising three boys on the salary of a public-school teacher, my parents lied like rugs.

I remember a television commercial that used to air during the Baltimore Orioles home games. It was for an amusement park in Ocean City, Md., and according to the announcer, a visit there would afford me “the time of my life.” At that particular moment, my life had amounted to nine years, and for the most part, I was satisfied with the way things were going. Then I saw The Wild Mouse.

The Wild Mouse was a giant roller-coaster that threatened to leap from our black-and-white television and smash through the wall of our tiny den. It shared the boardwalk with the Round-Up, the Tilt-a-Whirl, and several other mysterious contraptions that plunged and spun this way and that. I had never seen anything like them – a parade of machines devised for no other purpose than pure enjoyment. I remember the camera zooming in on a kid about my age. He was strapped into The Wild Mouse next to a pretty girl, his excitement teetering on the verge of rapture. I was transfixed.

“Hey, Peggy, get a load of these ding-a-lings on the TV. I think they’re gonna puke on each other.”

My parents sat on the sofa behind me. They spoke very casually, but loud enough for me to hear. “Oh, those poor children. Why would anyone stand in line all day just to get vomited on?”

“Obviously, Peggy, those kids are deranged. Look at ‘em.” I searched the sea of jubilant faces for signs of idiocy or nausea.

“Isn’t it sad, John, how some children need machines to have fun?”

Later in the game another commercial appeared, this one for a new movie called Willie Wonka and the Chocolate Factory. It was playing at The Senator, and according to the announcer, it was “a thrilling film for the whole family … a must-see event!” I had never been to The Senator before, or any other movie theater. I was captivated.

“Tell me something, Peg. Why would anyone want to see the movie, when they could read the book instead? Books are so much more interesting.”

“Well, John, as I understand it, movies are for children who can’t read very well. Isn’t that sad?”

In 1971, there was no money for amusement parks or “must-see” events. But I never felt bad about missing such things. I was too busy feeling sorry for people who had to endure them.

“Hey, Dad, can we order a pizza tonight?”

“A what?” We had never eaten a pizza before, much less ordered one. The concept of food delivery was completely foreign.

“Bobby Price says his mother has a pizza pie delivered right to their house every Friday night,” I said. “And Chinese food every Wednesday.”

My father sighed, and spoke with a hint of sadness. “Look, son, Bobby’s mother doesn’t know how to cook. It’s not her fault they can’t have normal food.” Then, quietly to my mother. “Peg, maybe you should call Mrs. Price and give her the recipe for your meatloaf casserole.”

“Of course, John. That poor boy deserves a home-cooked meal.”

It was a strange sort of snobbery to develop at such an early age – this sympathy for the fortunate – but that’s precisely what my parents engendered. With duplicity and guile, they turned envy to pity. By the time I was 11, I felt nothing but compassion for my classmates who were forced to wear the latest fashion. Sadly, they had no older cousins to provide them with a superior wardrobe of “softer, studier, broken-in alternatives.”

My parents’ subterfuge was second-nature, as it had to be, for temptations were everywhere.

One Sunday after church, our neighbors came by with a slideshow from their most recent family vacation – hundreds of photos from Yellowstone and Yosemite. The Brannigans stayed for hours and told stories about Indians and geysers and wild bears. My brothers and I were spellbound. When they left, my dad smiled and waved as they pulled out of the driveway, but when he turned around, his expression said it all. “Oh, those poor bastards.”

Like a Greek chorus, my mother was right there, dabbing at her eyes with a Kleenex. “Gosh, John, can you imagine flying all the way across the country just to take a walk in the woods?”

“No, honey, I sure can’t. But then again, not everyone has a forest in their own backyard!”

My parents shifted their gaze toward the large tract of woods just beyond our pasture, and looked with satisfaction at the epicenter of affordable and sensible amusement that kept me occupied on a daily basis. A swift running creek, a swamp of frogs and cattails, an old wooden bridge, and a maze of hidden trails that might lead anywhere.

Later, when I was less gullible (and TV commercials more persuasive), a new parenting style would evolve, one that included phrases like, “No!” and “Because I said so!” But when I entered the sixth grade, I did so with a firm understanding that that movie theaters were for the illiterate, vacations for the unimaginative, and home delivery for lazy housewives that couldn’t cook. As for amusement parks, they were probably OK, if you didn’t mind waiting in line all day for a chance to vomit on your friend.

Anyway, my parents celebrated their 53rd anniversary with a cruise. They sailed down through the Panama Canal and saw the rain forests of Costa Rica. They assure me they had a great time. But I’m gonna need to see some pictures.