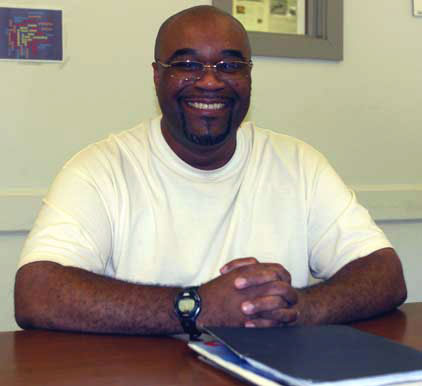 I just heard that your foundation awarded a work ethic scholarship to an inmate, currently serving time for armed robbery. I have to ask – were there no qualified applicants who haven’t broken the law? I love your foundation, but I find your support of convicts surprising and troubling – especially at the expense of law-abiding people looking to better their own lives.

It’s a fair question, and the answer is yes – this year, we received hundreds of scholarship applications from people who never spent a single night in prison. However, “not going to jail” – while laudable – does not automatically qualify you for a mikeroweWORKS scholarship. Likewise, “going to jail” – while disgraceful – will not automatically disqualify you from consideration.

Right now, we’re living in a country with millions of skilled jobs that nobody seems to want. My foundation is committed to training people who exhibit a certain work-ethic to fill these positions. And this year, out of the 245 scholarships we awarded, no one earned a higher score then an inmate named John Fitzpatrick. It’s really that simple. The real question is, should I ignore a stellar candidate with excellent references, simply because he broke the law twelve years ago?

To be clear, Dan, I’m not soft on crime, or criminals. My sympathies are with cops and victims. But our criminal justice system is a mess. Every week, thousands of ex-cons are released back into polite society, and the recidivism rates are terrible. So, unless we start sending all the offenders to live out their lives on Convict Island, we’re going to continue to live alongside them. Which begs a question you haven’t asked – do we or don’t we want these people to become self-sufficient?

It’s an honest question, and if the answer is no, so be it. But then, what’s the point in releasing them at all? Likewise, if the answer is yes – if we truly want them to be productive citizens – then why do we demand they “check the box” whenever they apply for a job? Can you think of a better way to doom a fresh start, then to require a former inmate to reveal the details of a past incarceration on their job application? What’s the point of “paying your debt to society,” if society never forgives the loan?

This year, as in years past, The Charles Koch Foundation was a generous supporter of mikeroweWORKS. Charles believes that “checking the box” is fundamentally unfair, which is why Koch Industries does not require job seekers to do so. I find that rather…courageous. That’s why we partnered a few years ago on Project Jumpstart, a program in Baltimore that successfully trains former inmates for jobs in the construction trades. And that’s why I was happy to help John Fitzpatrick re-enter civilian life with a work-ethic scholarship.

Again – not because I’m especially forgiving, and not because I grade on a curve. I don’t. I just can’t dispute the logic of clearing the ledger once a debt had been paid. And I can’t ignore the fact that John Fitzpatrick made a very compelling case for himself. More so in fact, than the vast majority of applicants.

The next question is harder to answer – will John Fitzpatrick squander the opportunity? I don’t know. I sure hope not. Fact is, I don’t know if any of our scholarship recipients will go on to prosper and thrive as a result of my help. I have excellent reasons to be optimistic, but I can guarantee nothing. Please take a moment and read the attached. It too, proves nothing. But I think it’ll explain why I believe this guy is worthy of a second chance.