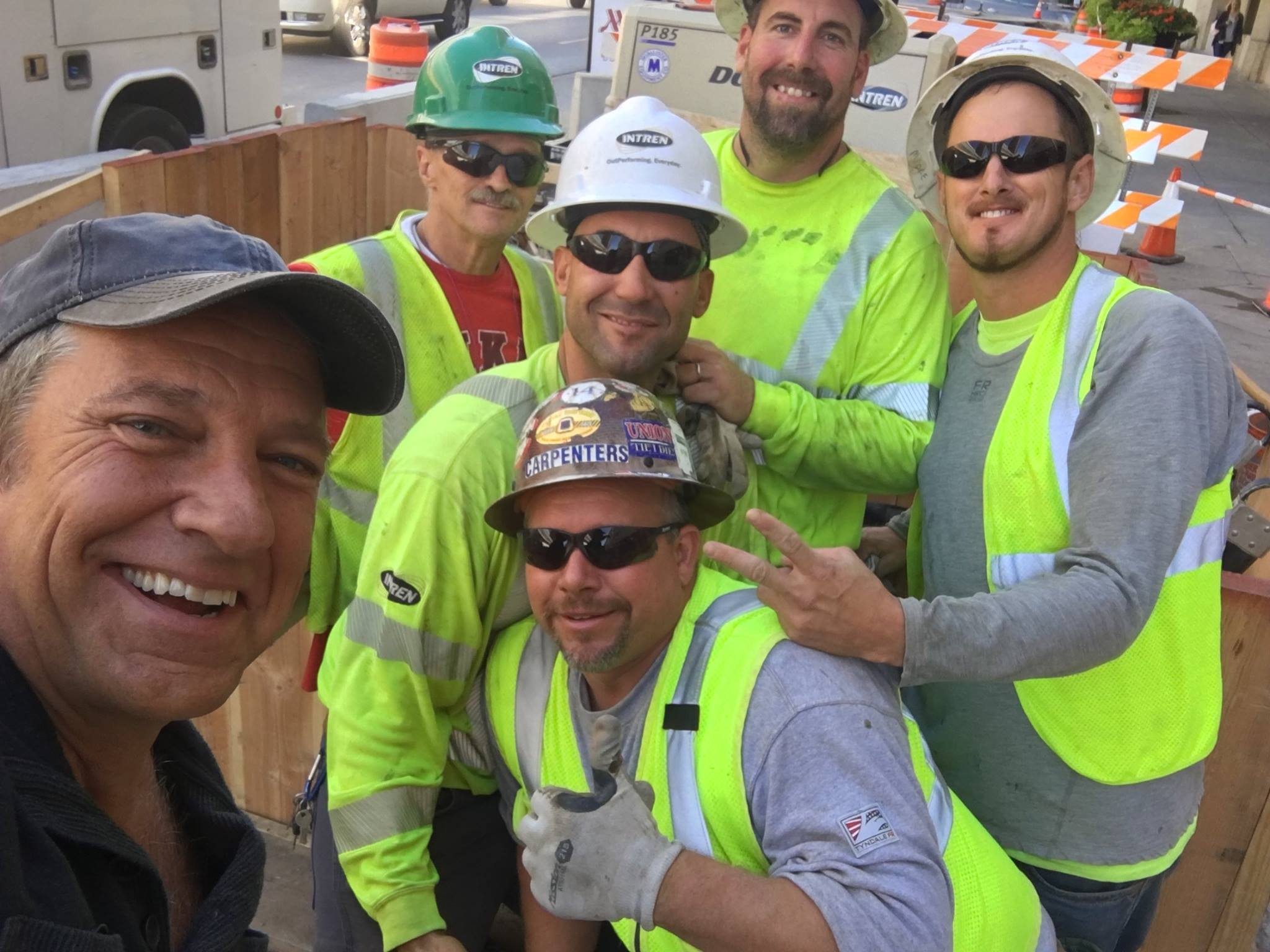 Great visit, great people. Was on my way to speak at a fundraiser last night, when I got distracted by a man in a hole. I think his name was Brian. He and a construction crew from INTREN were 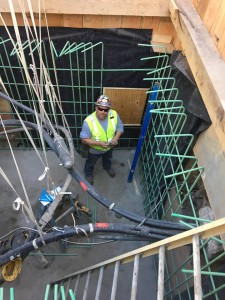 dramatically expanding the dimensions of an existing manhole, and running all kinds of complicated electric through a warren’s nest of new holes and rebar. Fascinating work, that led to a series of questions from me, a flurry of answers from them, and the inevitable selfie I was pleased to take. A perfect detour on my way to discuss the importance of skilled labor with a roomful of very concerned Iowans.

The event itself was a rousing success. Fifteen hundred people attended a fundraiser spearheaded by The Homebuilders of Iowa, to raise money for a scholarship program that encourages kids to explore a career in the skilled trades. Dozens of local businesses were in attendance, along with hundreds of parents and students and politicians. I talked to them all about the similarities between mikeroweWORKS and their local initiative, and congratulated all concerned for their success in helping close the skills gap one job at a time. I was preaching to the choir, which is always fun. The topic however, was serious business. 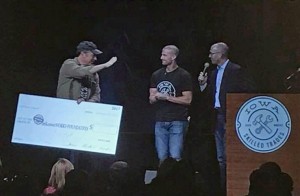 Here in Des Moines and a few surrounding counties, there are nearly 3,000 openings that require the mastery of a skill that’s in demand. However, they’re doing something here that’s actually starting to work. Local businesses have helped fund The Skilled Trades Program within Central Campus – a high school that should be a model for high schools all over the country.

Welding, carpentry, nursing, drywall, automotive…all the major trades are represented at Central Campus. The instructors are all top-notch, and the classrooms are outfitted with every imaginable piece of necessary equipment. The result? A pre-apprenticeship program that rivals the best I’ve ever seen. Kids in this program are given a a real-world experience. So real, that their high-school classes in the trades are translating into c 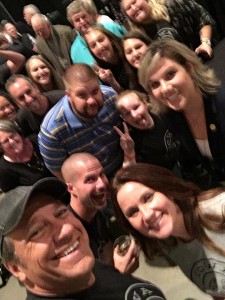 In my opinion, this is the way forward. There’s simply no way the vocational arts are going to reappear in American high schools unless businesses help subsidize the cost. And they’re making it happen in Des Moines. The only question I have after the event is the same question I always have after any successful attempt to push back against the widening skills gap – where the hell was the media? Aside from WHO radio, (thanks guys!), no one was there to cover what I believe to be a major story. Des Moines is literally closing Iowa’s skills gap with a workable model that all cities could follow. That’s news, or at least it should be.

America’s skills gap now includes over 6.2 million vacant positions – most of which do not require a four-year degree, but rather, the kind of training programs that Des Moines is making a reality. It shouldn’t surprise me anymore, but I am continually baffled by the media’s inability and/or unwillingness to report on solutions like the one I just witnessed. Private business, along with support from the state, are making a persuasive case for the trades to the group that matters most – high school students trying to figure out their best options. 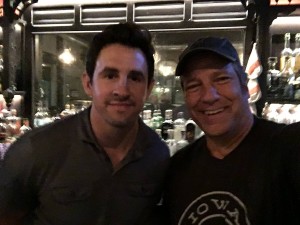 What’s happening in Des Moines is important. It’s important because it’s working. It mustn’t remain a secret. It should be shouted from the mountaintops, shared throughout social media, and replicated wherever people share our collective addiction to smooth roads, reliable electricity, sturdy foundations, and indoor plumbing.

PS. If you appreciate a cocktail – properly mixed – don’t come to Des Moines without stopping by Juniper Moon on Ingersoll. Jason Garnett made me a perfect Gimlet – and I mean perfect. Easier said than done. In order to determine if he just got lucky, I ordered a second one, and found it just as perfect. So too, was The Brooklyn, and most surprisingly, The Sazerac – one of the very first cocktails ever conceived. Too often, the bitters and the absinthe appear in the wrong proportion, but not here. Because behind the bar, Jason Garnett is skilled tradesman, and his handiwork is not to be missed.