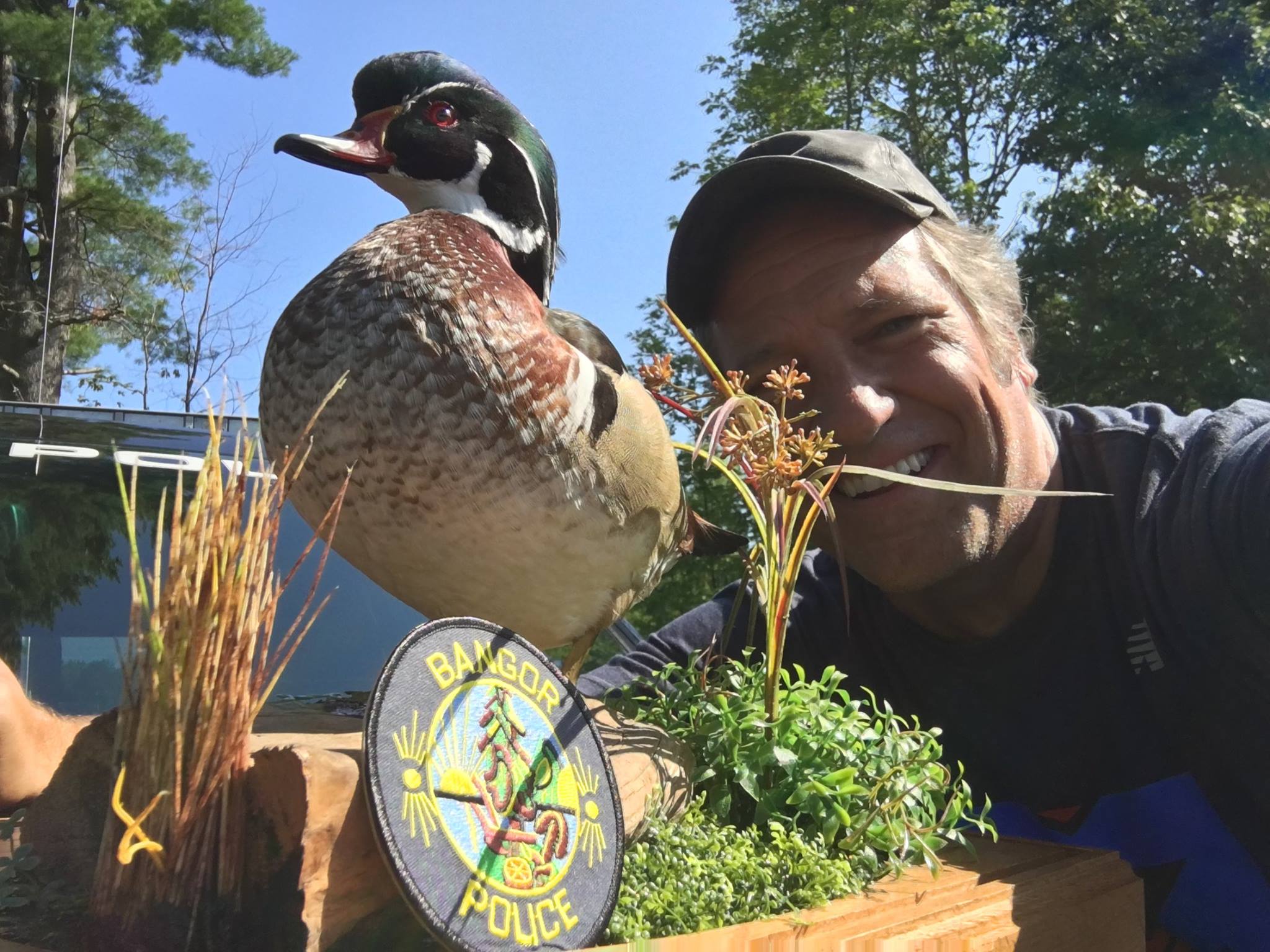 Those of you who follow the Bangor Maine Police Department are no doubt familiar with The Duck of Justice. (Those of you who don’t, have not yet figured out the highest and best use of Facebook.) In either case, I wish to inform you that the Duck of Justice is more mobile than I imagined, and in real life, considerably more imposing. These things I learned last week, when Officer Tim Cotton and Chief Mark Hathaway escorted My Favorite Fowl from the relatively large town of Bangor, to the small town of Rome, just outside the slightly bigger town of Augusta, where I was pleased to make the acquaintance of both man and bird.

Speaking only for myself, it was a big day. 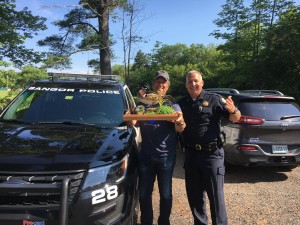 For the uninitiated, Tim Cotton maintains The Bangor PD Facebook Page in a way that makes you wonder if Dave Barry might have changed his name and put on a uniform. In other words, Officer Cotton is not just a good writer for a cop, he’s a good writer for a writer – a point I tried to make right here.

Anyway, several years ago, Officer Cotton spied a taxidermied duck in the District Attorney’s trashcan, and for reasons known only to him, removed the animal and mounted it inside a cube of plexiglass. It’s been his sidekick ever since, or perhaps his muse. Either way, folks come from all over to get their pictures made with this beguiling creature, so imagine my surprise when the Duck of Justice came to me, along with a complimentary T-shirt! 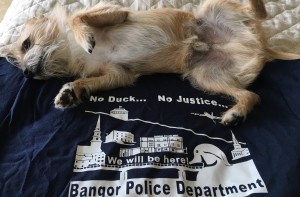 e) sits on the hood of a genuine Bangor cruiser, anchored to a slab of pine, his unblinking stare a tacit challenge to all who might stray from the path of righteousness. It is quite possibly the best mascot in the history of mascots, and certainly the best stuffed duck I’ve ever encountered. Thanks guys, for making the trip.

As you may have heard, my purpose in Rome last week had less to do with avians and more to do with filming my new Facebook show threatening to debut later this month. In fact, we’re heading to Seattle shortly, and still on the prowl for another story or two. If you know somebody in the Seattle area doing something worth celebrating, (there’s gotta be somebody,) drop me a line right here. 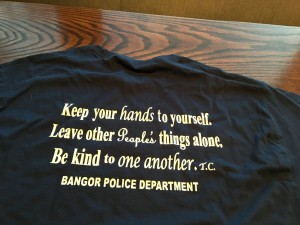 In the meantime, feel free to join Freddy in his obvious enthusiasm for my new raiment. Better yet, get one for yourself.  Proceeds go to Bangor PD.