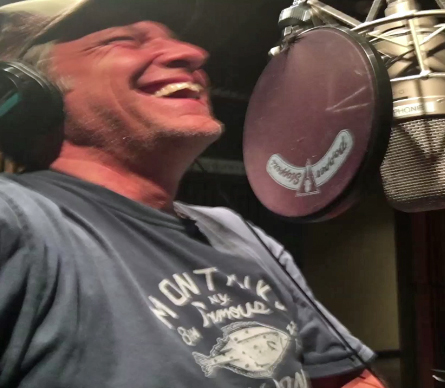 Hey Mike – Whatever happened to Ghost Hunters? You were fantastic on that as a narrator. Then you were gone. Is there a story?

You mean like, a “Ghost Story?” Not really. I was simply fired. Happens all the time. I can’t speak for the network, but I think the decision was based on two issues. First, I don’t believe in ghosts, and I may have said some things publicly that was in “conflict with the overriding ethos of the show.” However, the more likely culprit was my increasing inability to get through a script without falling to pieces. Here for instance, is a rough cut from one of the last episodes I recorded. After listening, I’m fairly sure my firing was justified. Tell me if you disagree…

PS. I’m about to record tomorrow’s podcast. Like last week, I’ll post it in advance for “my little Facebook Friends,” as my mother likes to calls you, later this evening. Modesty aside, it’s a good one. Also, last week’s podcast – The Biscuit Bomb – shattered all previous records. If you missed it, here it is…https://mikerowe.com/podcast/