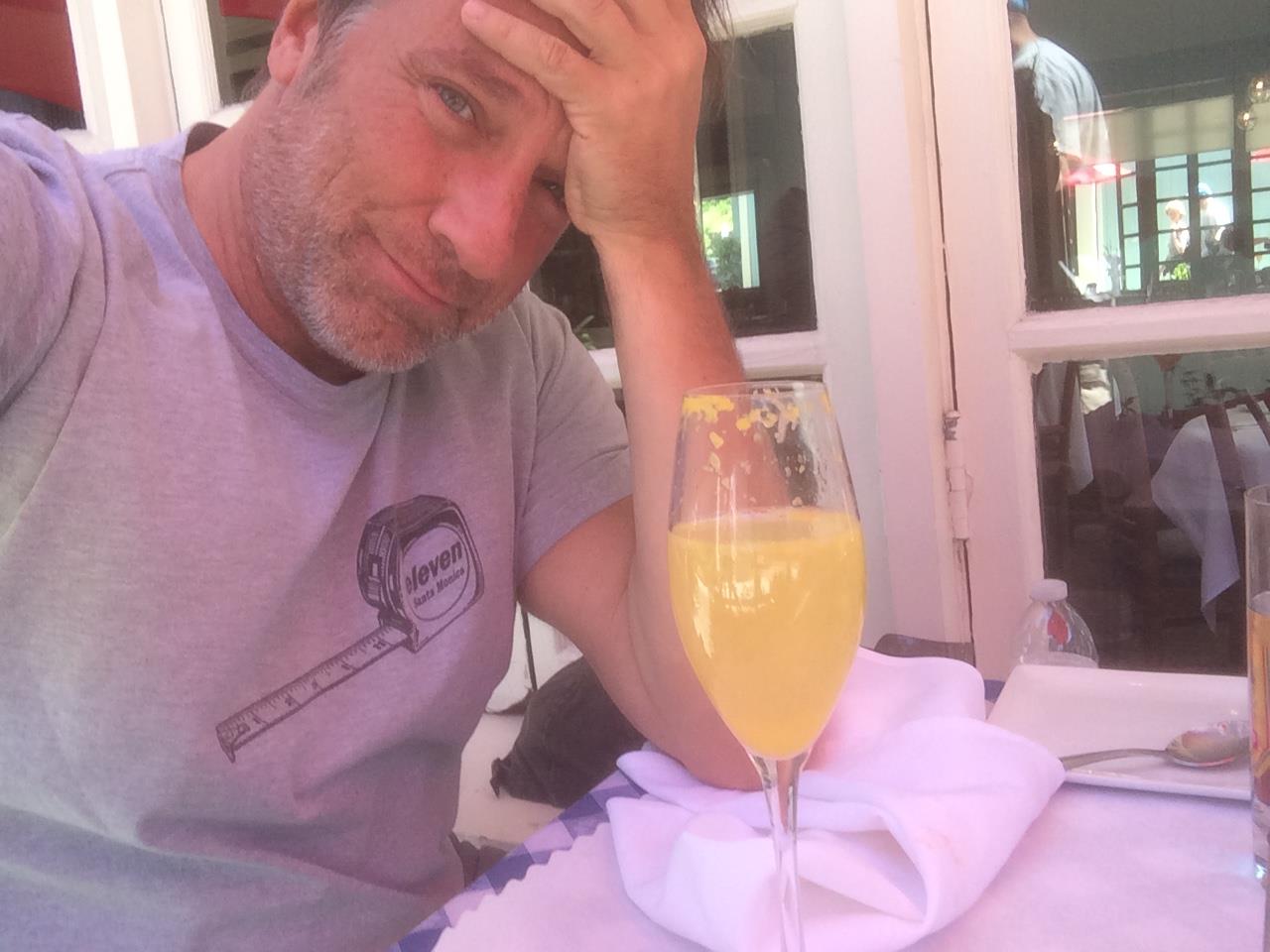 Man, do I feel like an idiot. Normally, when I feel like an idiot, the feeling diminishes over time. But after our meeting yesterday morning and my subsequent brain-fart regarding your actual identity, I’m afraid my feelings of idiocy have not only persisted, they’ve actually metastasized, to the point where I’m now wondering just how idiotic I’ll feel this time tomorrow.

Thing is, I’m normally very good with names and faces, especially when they’re attached to people who have entertained me for the last 35 years. Typically, when I go out of my way to see a legendary band perform – a band whose many songs I’ve memorized – I’m able to recognize the lead singer when I see him on the street years later. But apparently, after a few mimosas on a warm Saturday afternoon, I no longer possess that skill. Likewise, when my dog – a unique mix of terrier and asshole – decides to attack a legendary rock star for simply trying to say hello, I am rendered temporarily stupid.

Anyway, I’m writing to thank you for being so gracious and saying such kind things about my foundation. I was very flattered. I also wish to apologize – not just for failing to recognize you – but for not recognizing you in front of your charming niece from Buenos Aries. It must have been very strange for her to watch her uncle – one of the greatest singers in the history of rock and roll – introduce himself to a guy with a psychopathic dog and no idea who he was. And it must have been especially gratifying for you, when I tried to recover by calling you Lars Ulrich – the first named that popped into my head when my synapses started firing off bad information.

For what it’s worth, I know that Metallica consists of several people who aren’t Lars Ulrich, but earlier this week, someone told me Lars lived in the neighborhood, so his was the name that shot into my head when I finally realized I was talking to the lead singer of Metallica. Point is, I knew you weren’t Lars before I called you Lars, but I called you Lars anyway – which brings me back to the aforementioned idiocy, and my own slow unraveling. Regardless, if we meet again, I’ll get it straight. Promise.

In the meantime, this will likely endure as my favorite botched encounter for a very long time. So, lest I forget the specifics, as I am clearly prone to do, I’ll memorialize our exchange here for posterity…

Exterior. Late morning. A large man with many tattoos and dark sunglasses walks across the street toward a table where Mike Rowe is dining al fresco and drinking mimosas.

Large Tattooed Man: I just wanted to tell you I enjoy your shows, and really appreciate what you’re doing for the skilled trades.

Large Tattooed Man: I live around here, and Sophia’s from Argentina.

Mike: I was there a few years ago. Beautiful place.

Mike Rowe: So what do you do around here?

Large Tattooed Man: I play in a local band.

Mike Rowe: Nice. What do you call yourselves?

Mike: Oh my God. Of course. You’re Lars Ulrich. Forgive me. I heard you lived around here. What a pleasure to meet you.

Anyway, thanks again for saying hello, and for writing songs that used to make my workouts fly by. And for being Record Store Ambassadors. That’s very cool, and I heard the gig at Rasputin was awesome. Rock on.

PS. Please assure your niece that I have all your records.
PPS. Please tell Lars I think he has a bright future ahead of him.