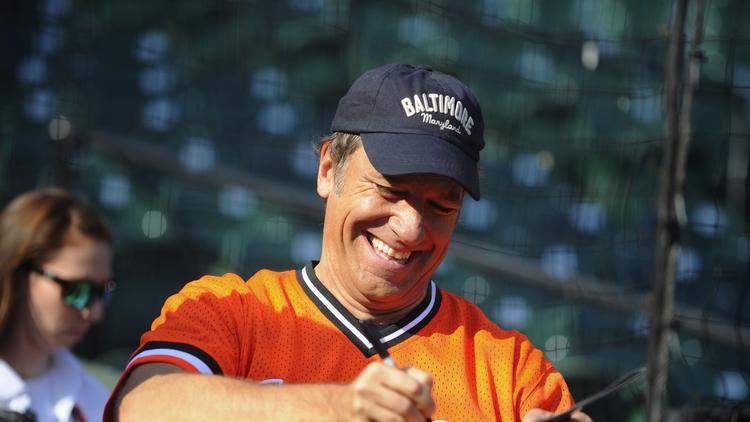 This just in: Baltimore native Mike Rowe, he of “Dirty Jobs” and “Somebody’s Gotta Do It” fame, is not a suspect in a Medford, Ore., bank robbery.

But someone who looks a little bit like him is.

On Monday, Medford police took to Facebook, asking for help in identifying a suspect in a local bank robbery that took place that day. The suspect was described as a white male, “5’6″-5’8.” An accompanying picture — which, admittedly, looks a little bit like Rowe — showed the suspect dressed in a gray sweatshirt and light-colored baseball cap.

Rowe has been known to wear sweatshirts and baseball caps. The possibility that he was a fugitive from justice apparently occurred to a few people — including Rowe, who told ABC’s “Good Morning America” on Wednesday that he became aware of his possible criminal activities while strolling through an airport.

“I was … looking at my mobile device and checking up on my Facebook page and realizing that 3 million people were saying, ‘Hey, you should check out the Medford police site, because it sure looks like there’s an all-points bulletin out for you.'”

Read the complete article at baltimoresun.com.